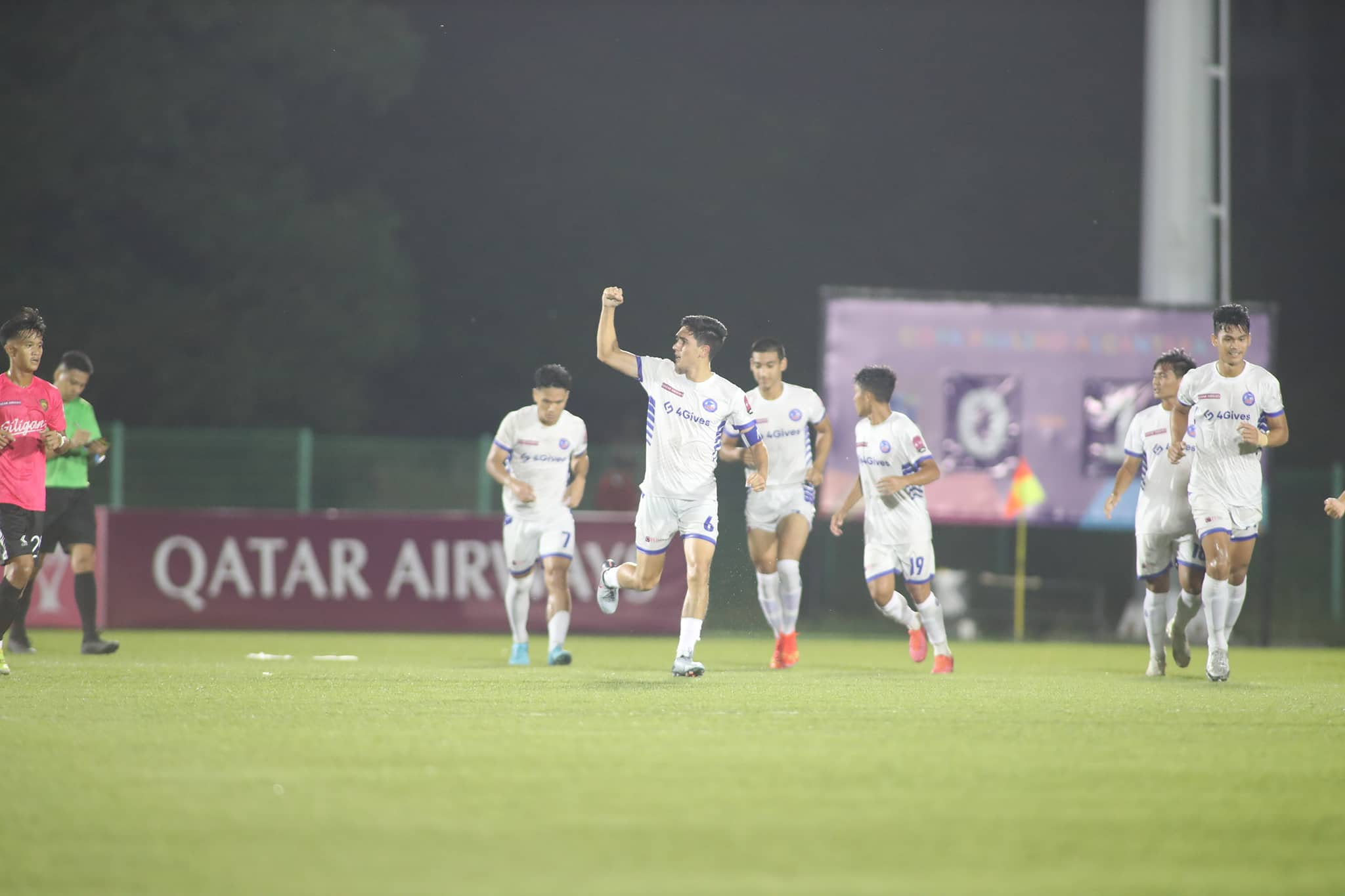 In a rematch of last year’s semi-finals, the Azkals Development Team earned a 1-1 draw against Stallion Laguna thanks to the heroics of their captain, Scott Woods, in the Copa Paulino Alcantara 2022, Monday evening, at the PFF National Training Center in Carmona, Cavite.

In the game’s dying moments, ADT skipper Woods scored a fantastic free-kick past Stallion goalkeeper Hayeson Pepito to give his lids a priceless leveler at the 87th minute.

Stallion midfielder Finn McDaniel conceded the free-kick beforehand and Woods saw to it that his side will go home with some of the points.

Woods’ goal undid the good work Stallion made throughout the contest. Eager to commence its campaign on a high note as much as possible,

Stallion seized the lead early in the first half. Leonardo Noguiera’s close-range strike in the 19th minute gave coach Ernie Nierras’ side a one-goal cushion heading into the break.

Deep in the second half, Noguiera had another sniff at goal but his attempt went straight to ADT goalkeeper Enrico Mangaoang.

The game saw a commotion with 13 minutes left in the contest. Stallion midfielder Kainoa Bailey was accused by ADT players of stamping on one of their own. Bailey was then given a yellow card as well as Jaime Rosquillo for their part in the fracas.

The result means that ADT increases its tally to four points after three matches while Stallion starts its campaign with one point.

Both teams will resume their campaigns on April 20, 2022, at the PFF National Training Center. Stallion faces Mendiola 1991 at 4:00 PM while the ADT goes up against Kaya-Iloilo at 7:15 PM.