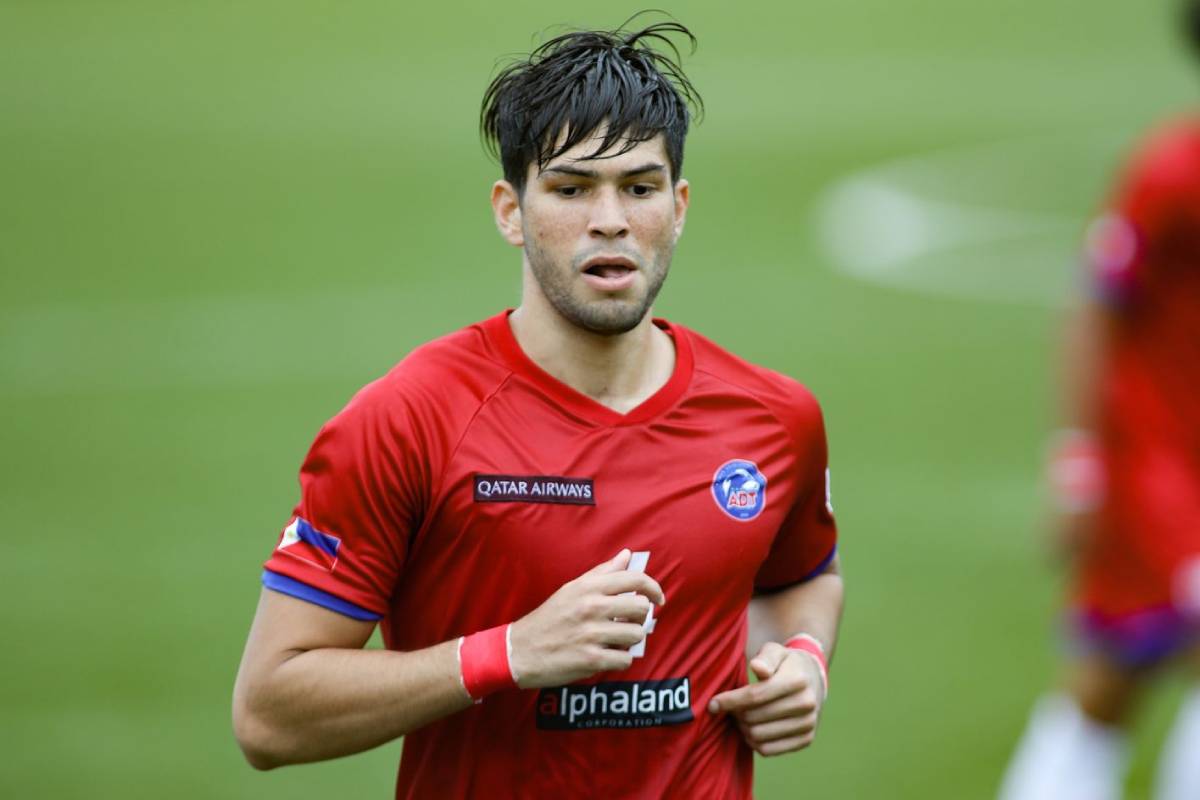 Amidst all the debate over Jarvey Gayoso’s best position on the pitch during the 2020 PFL Season sponsored by Qatar Airways, one player in a different role — compared to his early development — has silently been one of the best players of the Azkals Development Team.

The person in question is Mathew Custodio, who is now making a name for himself as a center-back for the ADT.

In five matches, he was a mainstay for Scott Cooper’s squad. He started all their games, contributing three clean sheets while conceding only twice. He even scored once against Mendiola 1991.

“We were developing every game, and that’s what (Cooper’s) really looking after,” said the 23-year-old La Salle product. “This is my first time playing center-back in a league like this.

“You know, if you just listen to your coach, he just gives you so much trust. [And] You’ll really perform.”

Custodio was an attacking player growing up in La Salle Green Hills. He was part of the Greenies team that won the school its 10th straight championship in the juniors’ division of the NCAA back in 2012. And expectations were high for Custodio that he would be a difference-maker in the final third for DLSU in the UAAP.

Unfortunately, things did not go to plan. After two campaigns with the Taft school — where he struggled to find the back of the net — he moved to Enderun Colleges. There, he became a member of the school’s futsal team.

Ultimately, he found a way to revive his career. Then all it took was one audition with Cooper watching.

“When we did the tryouts for the Azkals Development Team, parang exhibition-style tryouts talaga, and then coach (Cooper) said na he sees me as a center-back. If I wanna take this football career to a higher level, the center-back is the right position for me because I’m tall, I’m big, and I can distribute well as a modern center-back nowadays,” he explained.

“Adjusting from the attacking to the midfield, I wouldn’t say it is easy but it’s definitely easier than adjusting anywhere else on the field. I always had an attacking mindset, so I really know how to anticipate myself, how to move, and how to place myself in positions where I can gain the ball.”

Custodio will likely never fulfill the potential he had as an attacking player. Still, it taught him the instinct for how and where to play the ball forward. And that is serving him well as a center-back for a team that plays a pressing game.

Competing against top forwards, though, only accelerated the improvement in his defensive game.

“I can say that I’m pretty big and kind of heavy, especially coming back from quarantine. And coming against Robert Lopez Mendy, Bienvenido Maranon, Jhan-Jhan Melliza — like really quick players — it’s a different type of adjustment,” said the 6-foot tall athlete.

“I wouldn’t really throw myself in there; rather, I would anticipate their runs and wait for space or think of where they’re gonna cut in. I’m keeping myself more composed and being aware of spaces — more of anticipation.”

After five matches, the ADT finished in third place in the standings with nine points. Considering that they competed in a league filled with veterans, the achievement spoke volumes of their growth as a group and as individuals.

“Playing against United City, Kaya, and Stallion, really experienced teams, as a player and as people coming from college leagues… Playing against tough players like that, it’s really an experience to learn and understand the way they play at a level like this,” said Custodio.

“Having someone like coach Scott Cooper behind our backs, we come in really confident. And what we can take away from this as young players, we come out with confidence. And next season we’re coming in prepared.”

There is no telling what the future holds for Custodio, even after his impressive performances this season. After all, both local and foreign clubs may have taken note of his progress.

Nevertheless, his career is finally going forward while he is building it from the back.