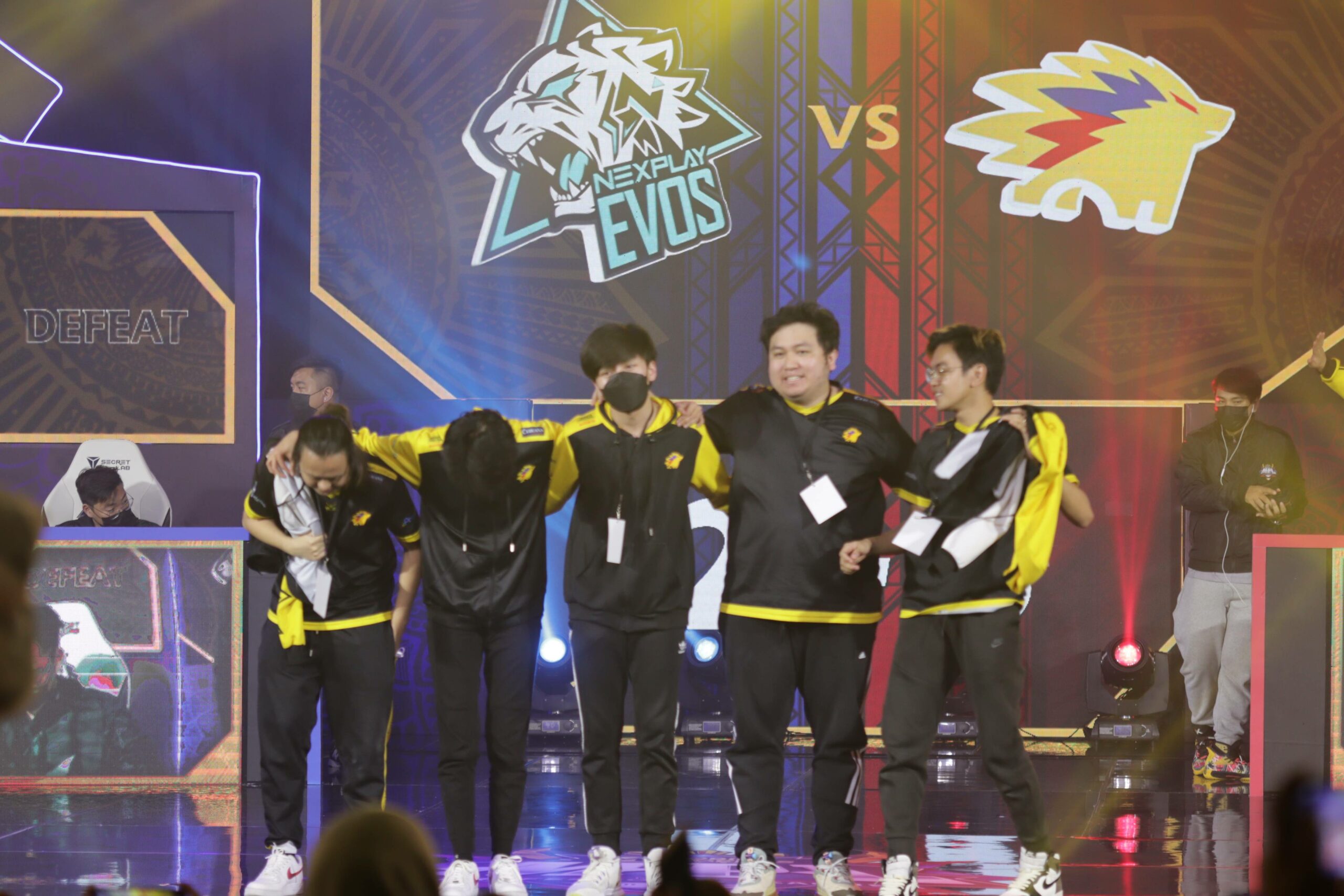 ONIC PH survived Nexplay EVOS, 3-2, in a delay-marred series to advance to the second round of the MPL Philippines Season Nine playoffs at the SMX Convention Center in Pasay on Friday.

With Game Five still up for grabs, ONIC PH made a crucial pickoff on Reiniel “URESHIII” Logronio’s Esmeralda in the 23:22-mark which allowed the team to snatch the Luminous Lord.

URESHIII once again fell in the ensuing siege as well as John Paul “H2wo” Salonga’s Karina who tried to buy time for Nexplay EVOS to defend.

Marky “Markyyyyy” Capacio finished with seven kills and 10 assists against three deaths on Claude to lead the Game Five win while Kairi “Kairi” Rayosdelsol’s Barats had five kills, a death, and 12 assists.

Nexplay EVOS scored a complete stomp in the opener, before surrendering the next two matches which put the team at a 1-2 hole in the series.

With Michael “MP the King” Endino underperforming, Nexplay EVOS inserted John Paul “H2wo” Salonga to fill the void. The resident Nexplay jungler did not disappoint, finishing with five kills and six assists without a death in Game Four to force a rubber match.

The game suffered numerous technical difficulties which extended the game to almost 2:00 AM. The first series between ECHO and Omega Esports also encountered the same problem.

In less than 17 hours, ONIC PH will return to the stage and face RSG PH in the second round of the playoffs while Nexplay EVOS capped off its run at 5th-6th place.