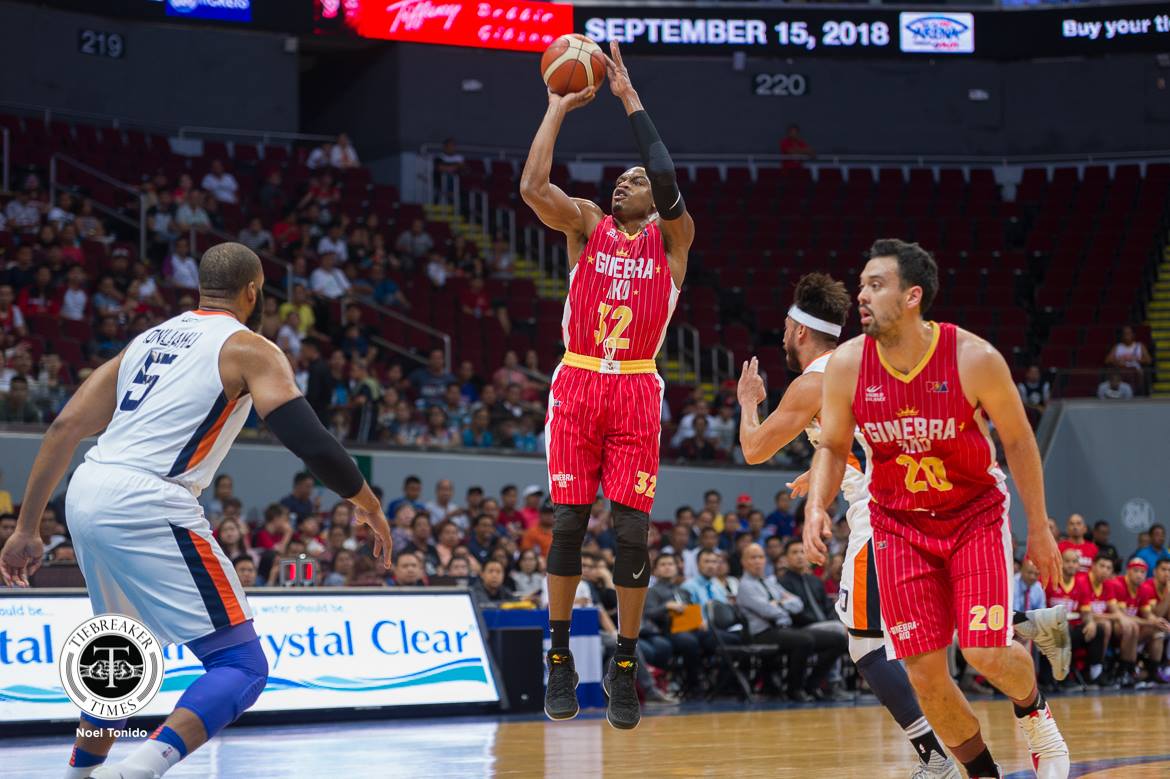 That was the case on Friday evening, as the returning Justin Brownlee’s 20-16-12 outing went down the drain since the Barangay Ginebra San Miguel folded in the second half and lost to the Meralco Bolts, 82-93.

The all-around American import, now in his fourth PBA conference, still tipped his hat to their rivals, who improved to 4-2 to gain solo third in the standings.

“Meralco played a great game, seemed like they had us figured out,” he said. “They shot the ball pretty well, [Chris] Newsome played great, [Jared] Dillinger played really well, the import too, he scored buckets when they needed it.

“And they defended us really well. Give a lot of credit to them,” Brownlee admitted, as the Barangay shot just 39.2 percent of their field goals.

However, Brownlee believes that it was more than just Meralco’s defense that led to the disappointing result and the rude welcome for him. For the two-time Governor’s Cup champion, it was energy that spelled the difference.

“Tonight it just seemed their energy level had outmatched us. That was the main thing,” said the 30-year-old Brownlee. “I think we have to come out with more energy and more focus on what we wanna do defensively and offensively.”

The Gin Kings are now down to 1-4 after the loss. And for Brownlee, they can’t afford to play this way, knowing that their next game is already this Sunday against former ally Renaldo Balkman and the San Miguel Beermen.

The defending conference champions look like they have found their groove after ending their three-game skid last Wednesday against the Phoenix Fuel Masters, 106-94, and that will definitely be challenging for Ginebra.

“Well, right now, we gotta be urgent about it. We can’t be lackadaisical,” the 6-foot-5 Brownlee stressed.

“We have to play with a lot of urgency to be aggressive, ’cause right now we’re 1-4 and that’s a tough spot.”

Kelly Williams glad to play his first game of conference