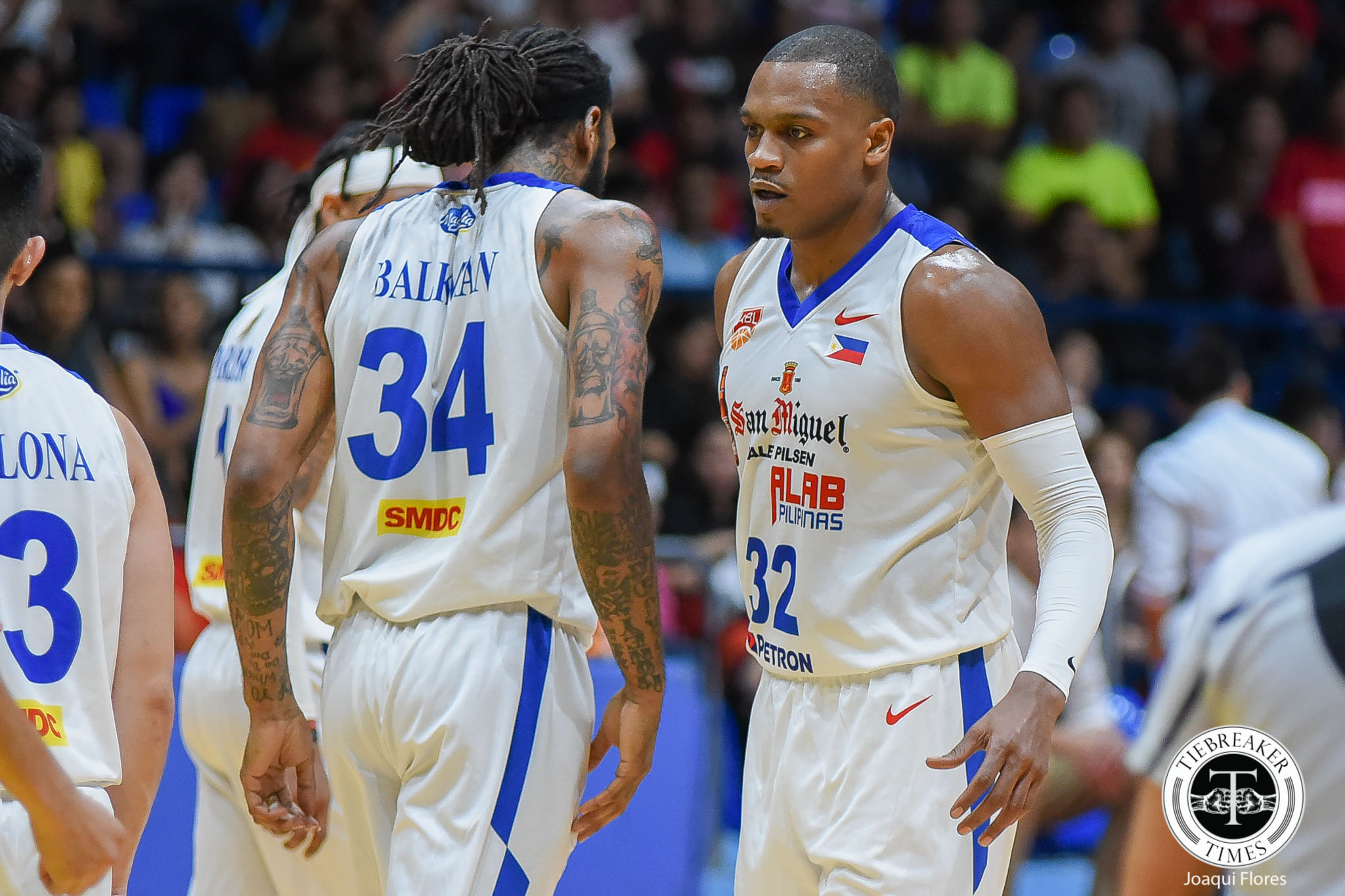 Whatever San Miguel Alab Pilipinas has achieved in the 8th ASEAN Basketball League, they have Renaldo Balkman and Justin Brownlee to thank.

The two World Imports immediately turned things around for Alab as soon as they landed last January 3. Since then, Alab has become one of the most exciting teams in the league after being an often-overlooked squad.

And now, Alab is heading to the Finals for the first time in the team’s young history after taking care of business in the semifinals by sweeping defending champions Hong Kong Eastern Basketball in two games.

It was, indeed, a remarkable accomplishment — nobody had ever thought that the Filipinos would make it this far in their sophomore year in the regional pro league, considering that they started the season poorly with a 0-3 record.

“You guys saw the impact Renaldo and Justin made the minute they got here,” said first-year head coach Jimmy Alapag.

“Having two winners on and off the court like Balk and Just obviously makes [work] much easier.”

Alab’s success may be attributed to Brownlee and Balkman, but the former somehow begs to differ, saying that whatever Alab has reached right now would not have been possible if it had not been for the confidence they have in each other.

“First of all, my teammates and the coaching staff, they give us great confidence,” said the beloved Barangay Ginebra San Miguel import, who averaged 19.0 points, 11.5 rebounds, and 6.0 assists in the semis.

Confidence has truly become the key for Alab in its magical run. With the two’s arrival, it seemed as if they were the ones who had discovered how good the team could be, that the locals have plenty of untapped potential.

Alab has uncovered gems in guys such as guards Paolo Javelona and Pamboy Raymundo, and big men Lawrence Domingo and JR Alabanza — gems that have made the team a dreaded group as it made them deeper. 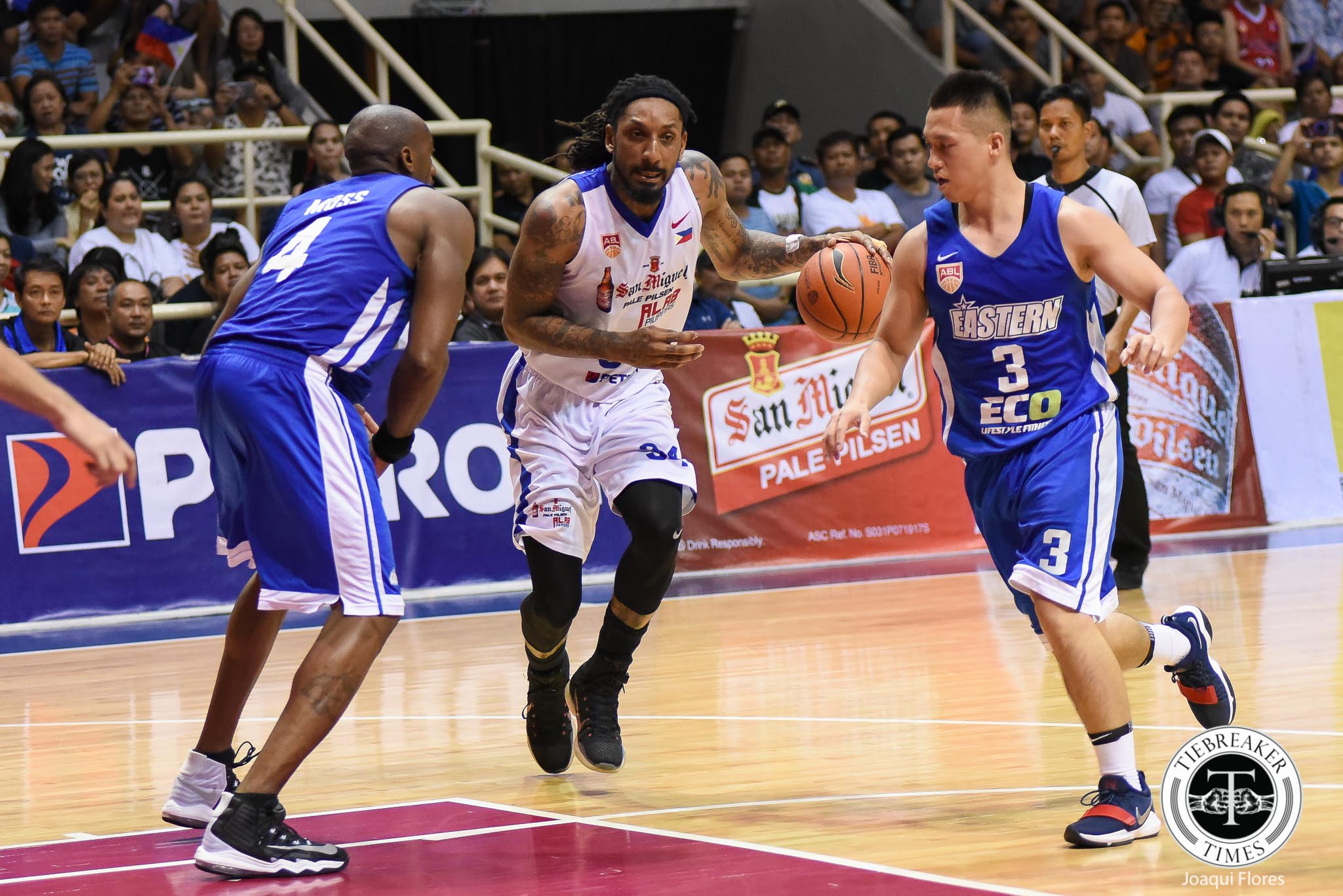 “Because what we’re doing right now is we’re on fire.”

Balkman has no intention of being arrogant, but he is definitely proud to play alongside Brownlee. Chemistry has never been an issue with them — they know how and when to defer to each other in times needed.

Their confidence in each other was best highlighted last February 7 in Baliuag, Bulacan, when Brownlee and Balkman linked up for the final play with less than four seconds to go to defeat Thai club team Mono Vampire BC, 86-84.

Now, Balkman hopes that the B and B duo will be able to help bring the crown back to the Philippines — the last time the ABL title was at the heart of Southeast Asia was in 2013, thanks to the San Miguel Beermen.

“You know, I don’t want to be too arrogant about it, but we gotta prepare ourselves for the next [step]: the championship,” said the Puerto Rican, who averaged 33.5 points and 12.5 rebounds in the semifinals series.

“The next step for us is to win the championship. So we gotta prepare.”