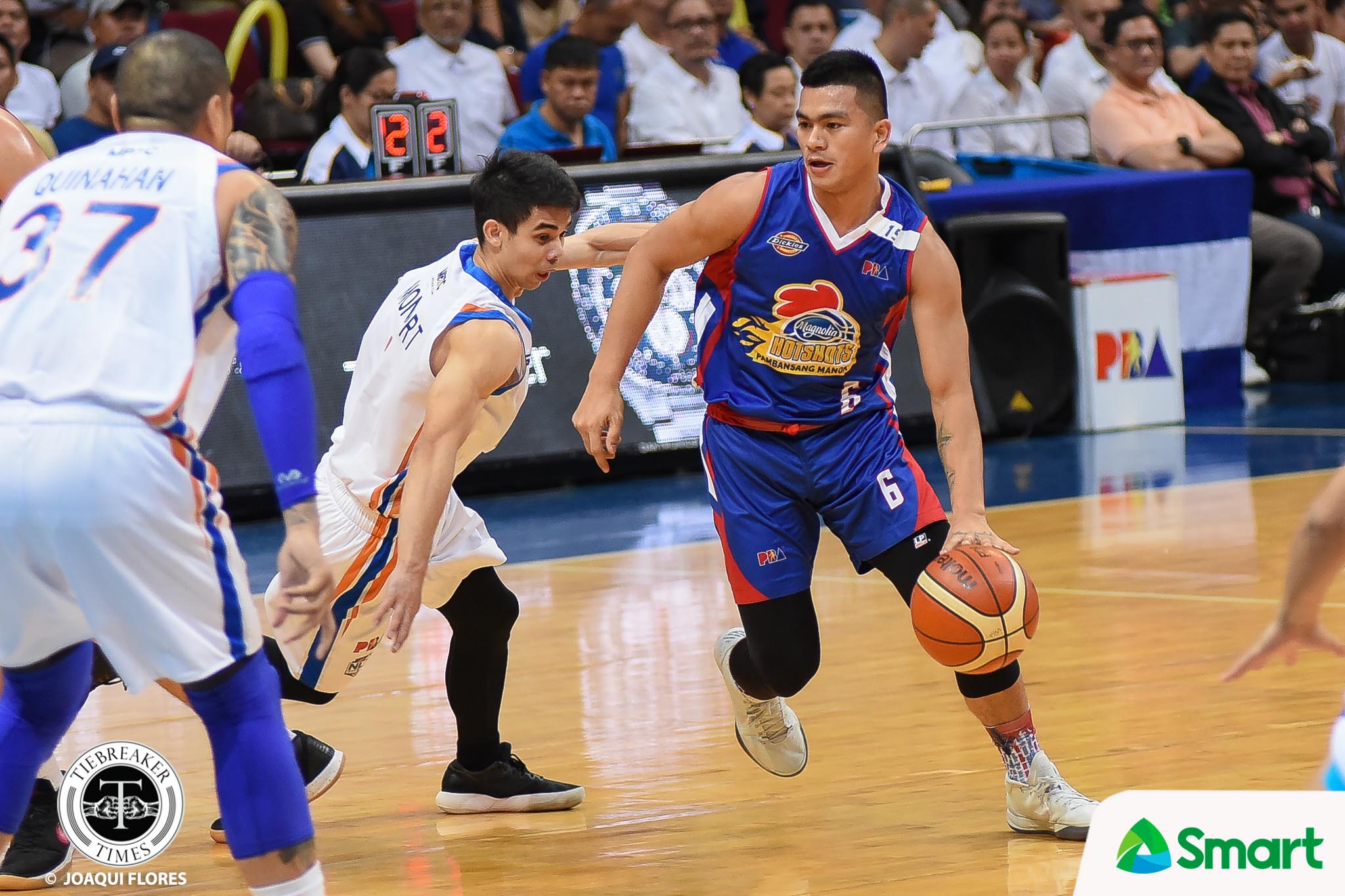 It may have been the toughest of blows, but the Magnolia Hotshots used Marc Pingris’ season-ending injury as inspiration in fighting through the 2018 Philippine Cup semifinals against the NLEX Road Warriors.

What was initially thought as a hyper-extended knee — which Pingris incurred back in Game One last Saturday — has become much worse after a diagnosis Dr. Raul Canlas, according to Magnolia governor Rene Pardo.

Their life without the Gilas Pilipinas legend started Monday evening, in Game Two of the semifinals. The team had received the unfortunate news just hours before the game, so they dedicated the bout to Pingris.

The Hotshots even taped “#15” in their jerseys, a nod to Pingris’ jersey number.

And as the final buzzer sounded at the SM Mall of Asia Arena, the Hotshots gave their esteemed leader something to be happy about, as they mauled the Road Warriors, 99-84, to send the best-of-seven series into a 1-1 deadlock.

Their Game Two win showed that they can win even with a depleted lineup — Magnolia are also without Justin Melton due to a strained hamstring — and even if the odds aren’t in their favor due to their injury woes.

But for gunner Paul Lee, the Hotshots are extra motivated this time around, even without the presence of the team’s old-timers, saying that having to deal with injuries is something that they have already encountered before.