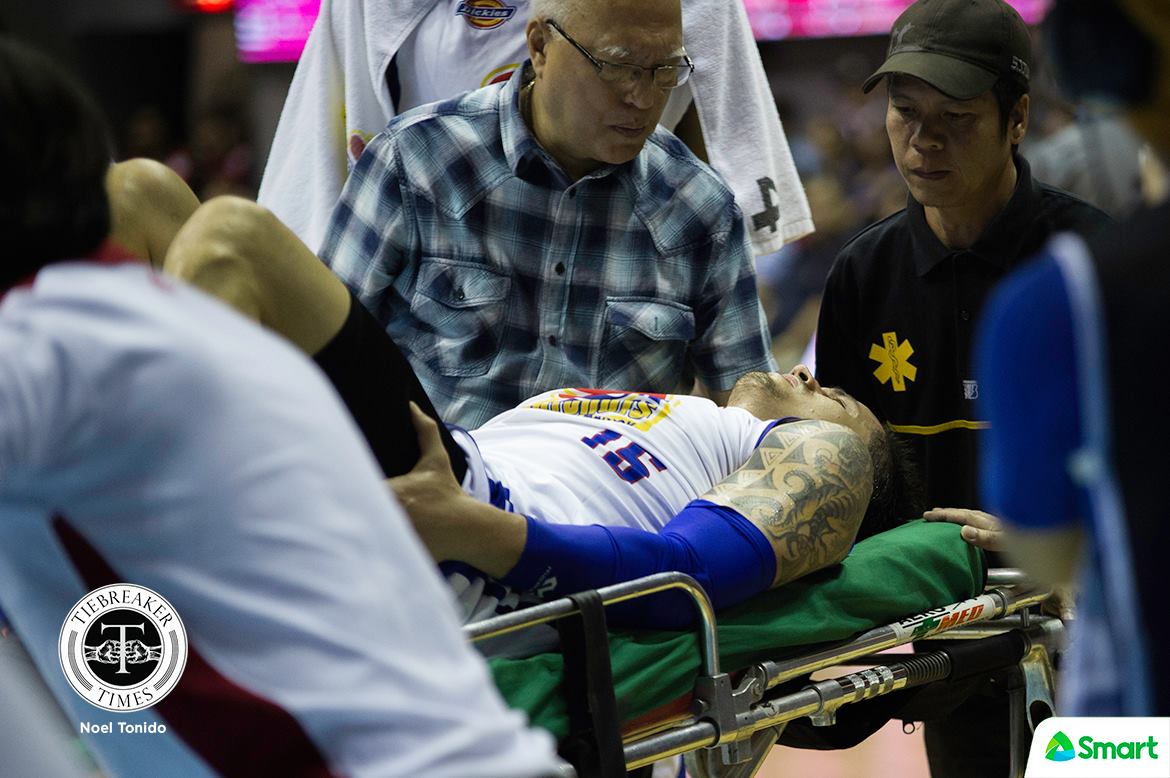 The Magnolia Hotshots will have to play through the remainder of the 2018 Philippine Cup — or possibly the whole season — without one of its’ esteemed leaders as Marc Pingris has suffered a torn ACL in his left knee.

The unfortunate news was confirmed by none other than Hotshots governor Rene Pardo Monday afternoon, less than two hours before Game Two of their semifinal clash with NLEX Road Warriors at the Mall of Asia Arena.

Pardo also bared that he adviced Pingris not to watch live anymore and just rest so as to not aggravate his swollen knee.

The 36-year-old suffered the non-contact injury in Game One last Saturday, March 10, with just 4:39 left to play. Pingris twisted his left knee after an aggressive attack to the basket, sending him down to the ground screaming in pain.

Pingris was then carried off the court through a stretcher, but only got confined at the St. Luke’s Medical Center after the match which the Hotshots lost, 87-88.

The former Gilas Pilipinas stalwart will leave the conference with averages of 6.2 points and 9.6 rebounds a game.

It’s all about points, not vengeance for suffering Global-Cebu