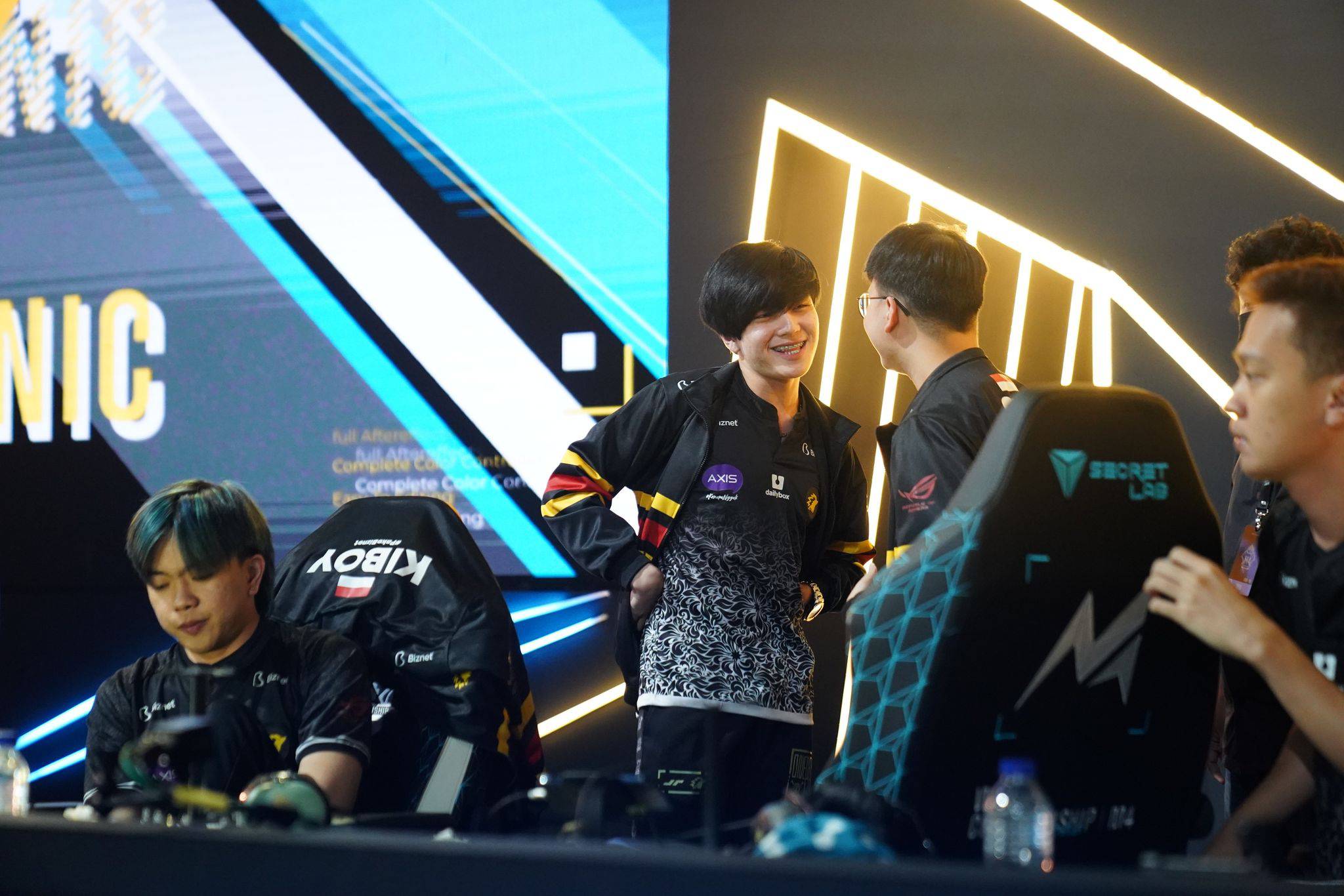 The Filipino jungler helped set the tone for the Indonesians, dropping a 6-1-9 KDA line on Hayabusa in the 15-6 Game One win in just 15 minutes and 26 seconds.

Falcon Esports showed more fight in Game Two by dragging the game to as long as 18 minutes but ONIC Esports’ Lord take during the 17th minute proved to be the game-changer as the reigning MPL ID champs marched onto the middle lane and completed a five-man wipe to go up 2-0 in the series.

Calvin “CW” Winata’s Karrie starred in the second match with nine kills, two deaths, and four assists while Kairi had two kills and a game-high 11 assists on Martis in the 17-4 win without a single death.

The Myanmar-based team stepped it up a notch once more in Game Three, keeping the game close inside the first 13 minutes before Muhammad “Butsss” Sanubari’s Grock came up with a clutch Wild Charge that led to the fall of Pyae “JustiN” Khant (Pharsa) and Kyaw “Zippx” Bo (Irithel).

Kairi’s Hayabusa bounced back from a rough start, tallying five kills, two deaths, and six assists in the 13-8 Game Three win in 13 minutes and nine seconds.

ONIC Esports will go up against the winner of the ECHO-Team Haq upper bracket quarterfinals match in the semis on Thursday while Falcon Esports, the team who took down Blacklist International two consecutive times in the groups, will go up against either RSG SG or S11 Gaming in the lower bracket.