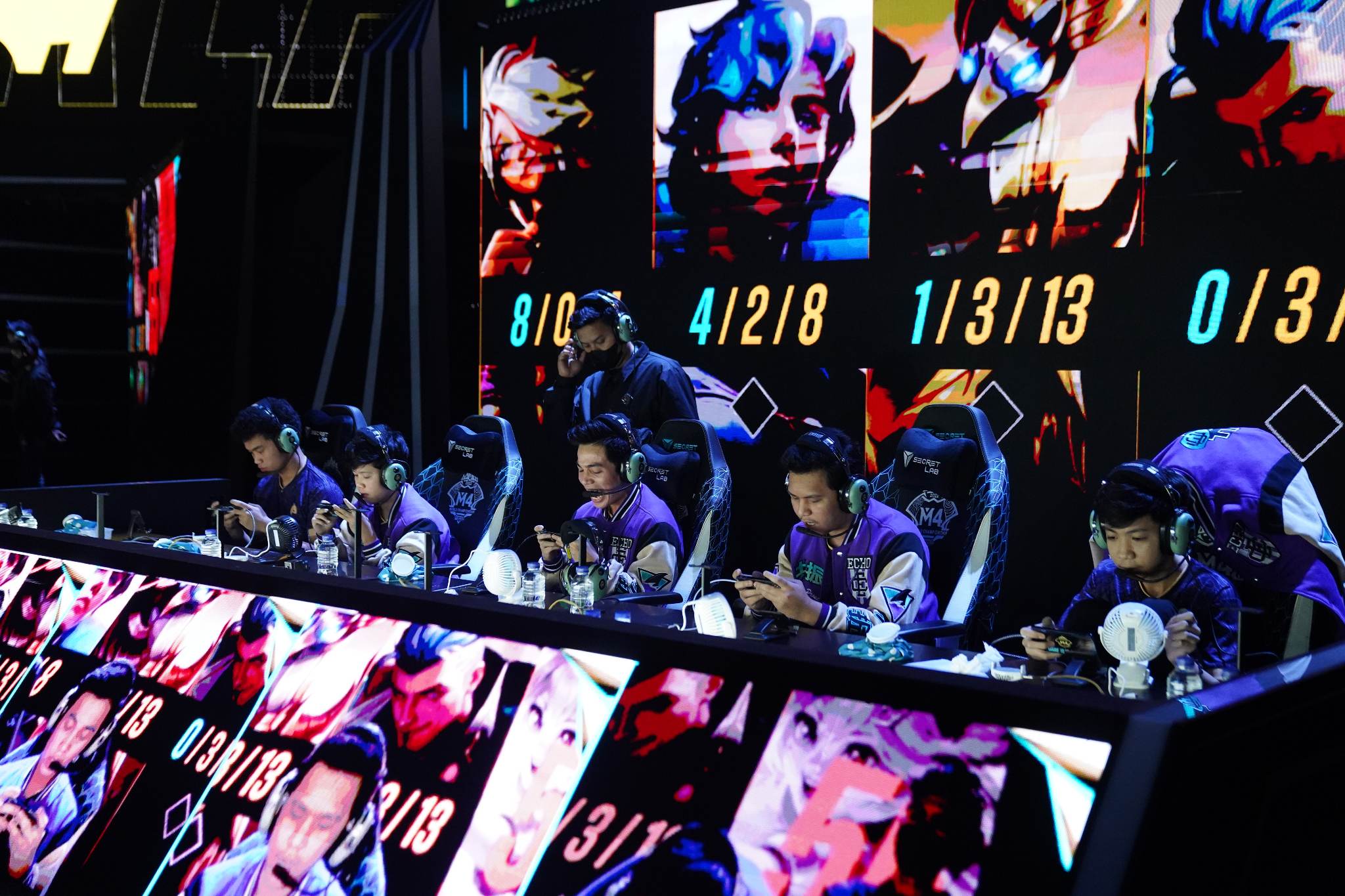 ECHO set up an upper bracket finals date with Blacklist International after sending ONIC Esports down the lower bracket, 3-1, in the M4 World Championship playoffs, Thursday at the Tennis Indoor Stadium Senayan in Jakarta, Indonesia.

The rematch of the MPL Philippines Season 10 finale will be tomorrow, Friday at 8:00 PM.

ECHO leaned on Tristan “Yawi” Cabrera (Kaja) and Benedict “Bennyqt” Gonzales (Melissa) as they grabbed a tight 18-12 victory in 23 minutes of seven seconds of action for the early 1-0 lead in the series.

The Filipinos patiently waited for their mid-game spike before eventually taking over the game. Yawi shut down Nicky “Kiboy” Fernando (Khufra) all throughout the game by using his Divine Judgement whenever the ONIC roamer appeared while Bennyqt’s great positioning in team fights helped the squad outlast the Indonesians.

ECHO sealed the deal with a Lord take following a clash down the bottom lane that saw them take out Kiboy and Calvin “CW” Winata (Lunox) during the 21s minute.

ONIC Esports bounced back in Game Two after riding Kairi “Kairi” Rayosdelsol’s insane heroics which led to a 21-17 win in almost 21 minutes.

Trying to prevent a siege from the surging ECHO midway into the 19th minute, the Filipino jungler was chased by a five-man ECHO contingent but managed to juke them out in time for his teammates to arrive, leading to a four-man wipe that ended the match which was already in ECHO’s pocket.

ECHO went on to take a lopsided Game Three triumph on the back of Yawi’s Chou before Bennyqt took the spotlight in Game Four on Beatrix.