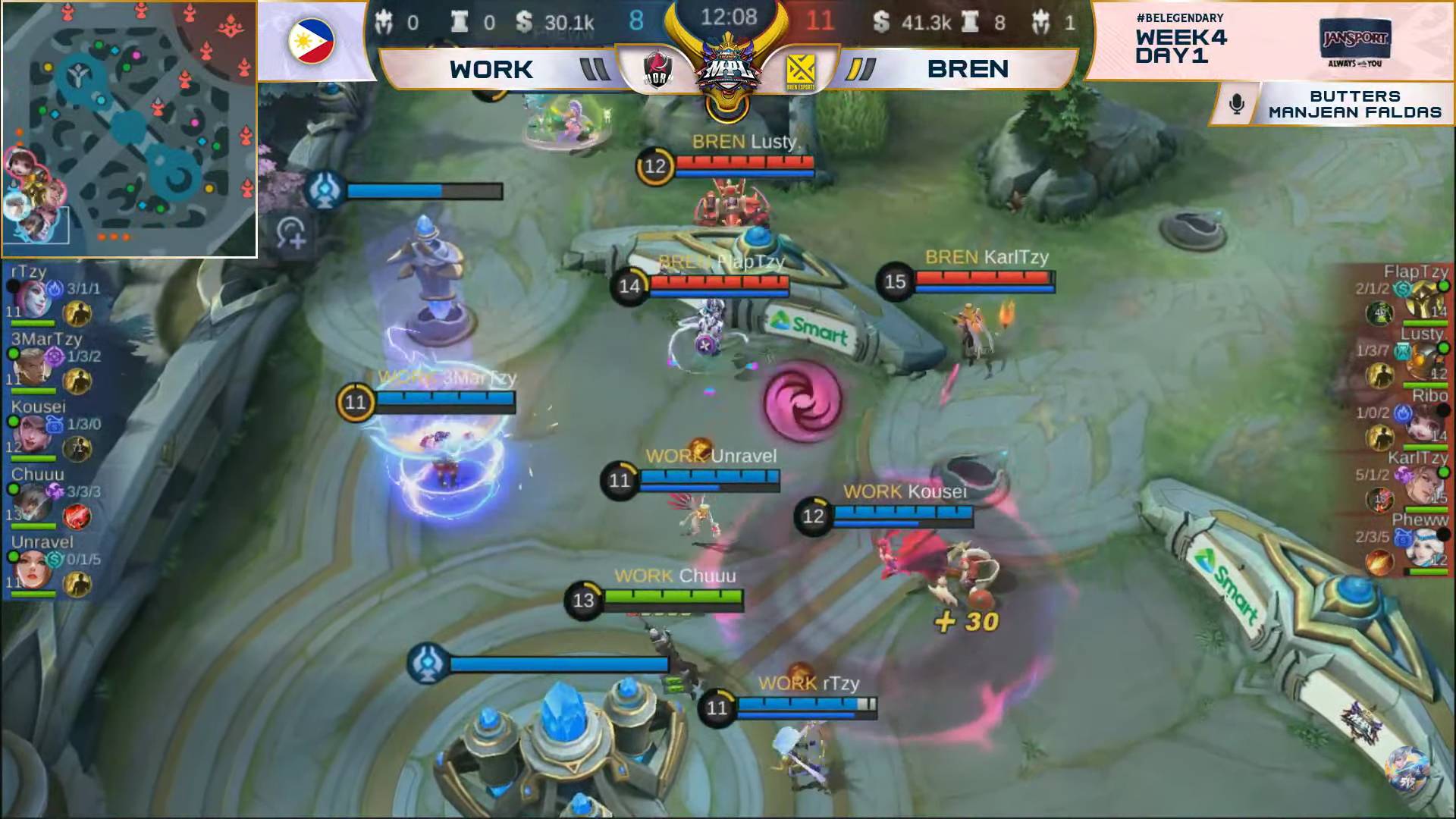 The world champions are officially back in business.

The reigning world champions previously dropped their first three games of the season. Now, they have won their third-straight game, climbing to the third seat in Group A with nine points through a 3-3 standing.

Once KarlTzy picked up his core items, the world champions locked down on objectives to win Game One.

FlapTzy was the Smart MVP in the opener with three kills and four assists against a death in the 13-6 Game One win. 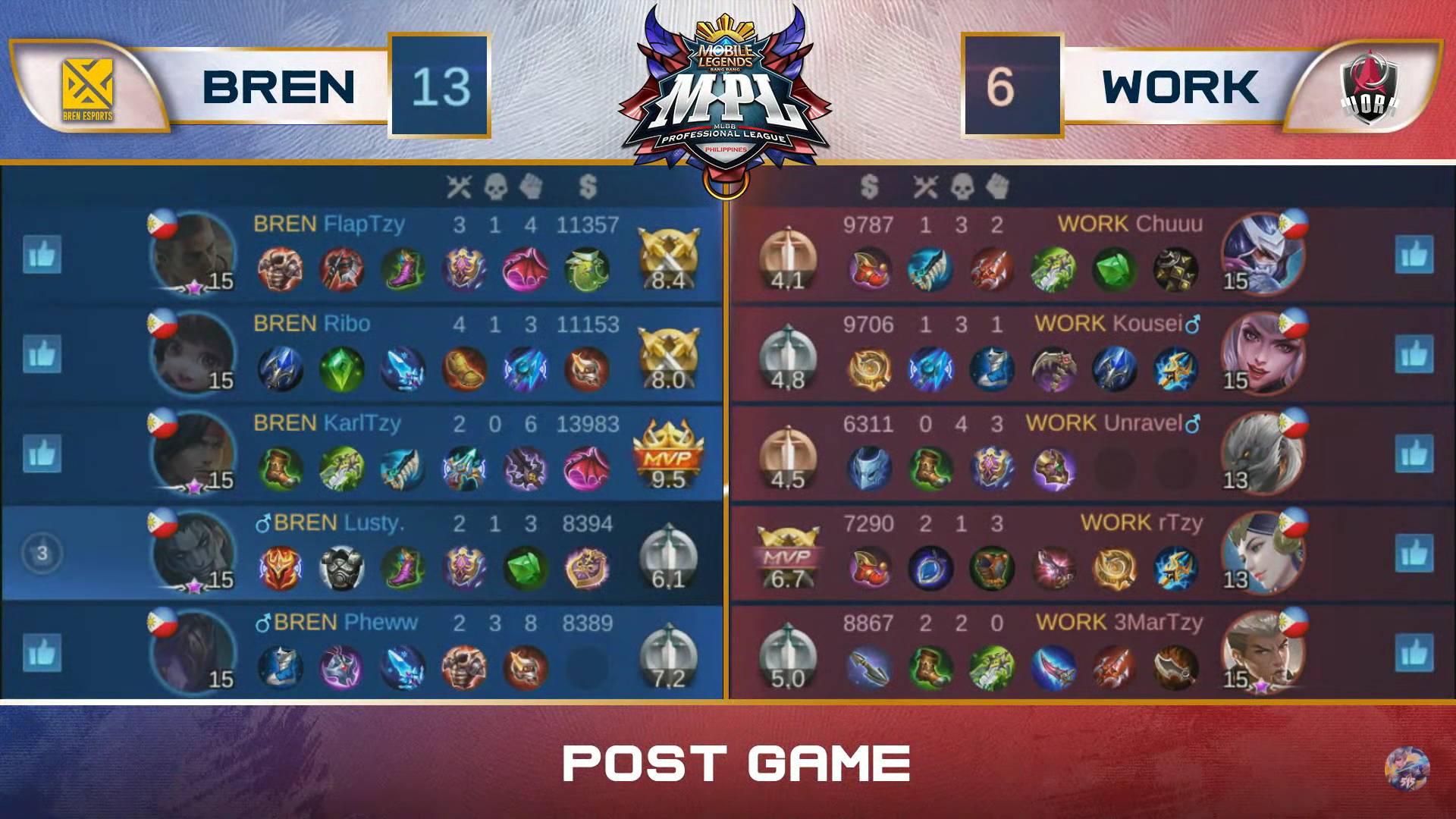 The Lancelot, along with Lusty’s Jawhead and Pheww’s Kagura, dictated the tempo from the get-go to notch the win.

KarlTzy nabbed the Smart MVP plum with six kills and two assists against two deaths in the 12-8 Game Two win. 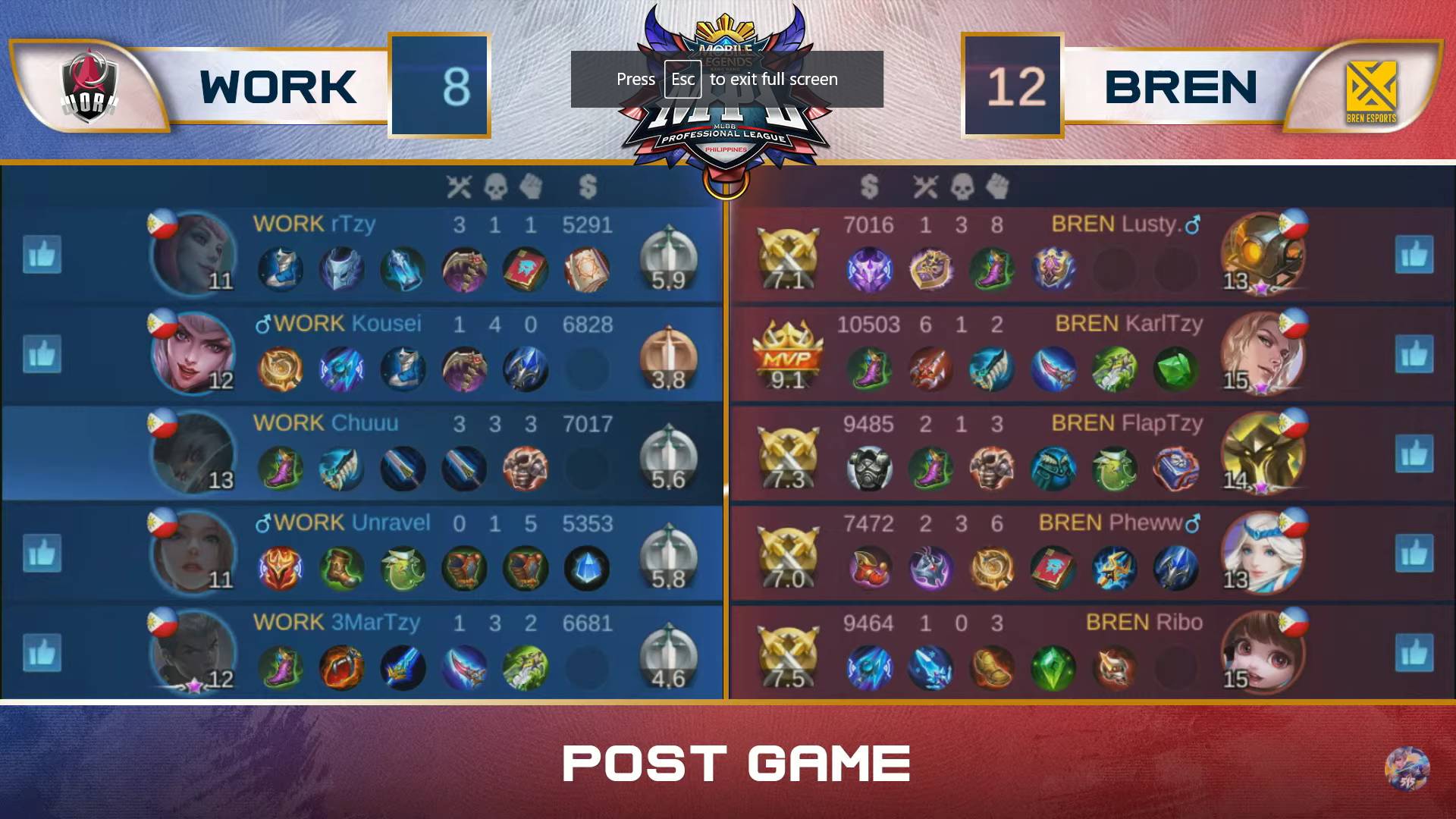 Work Auster Force remained at the second spot of the same group with a 3-3 record and 10 points.