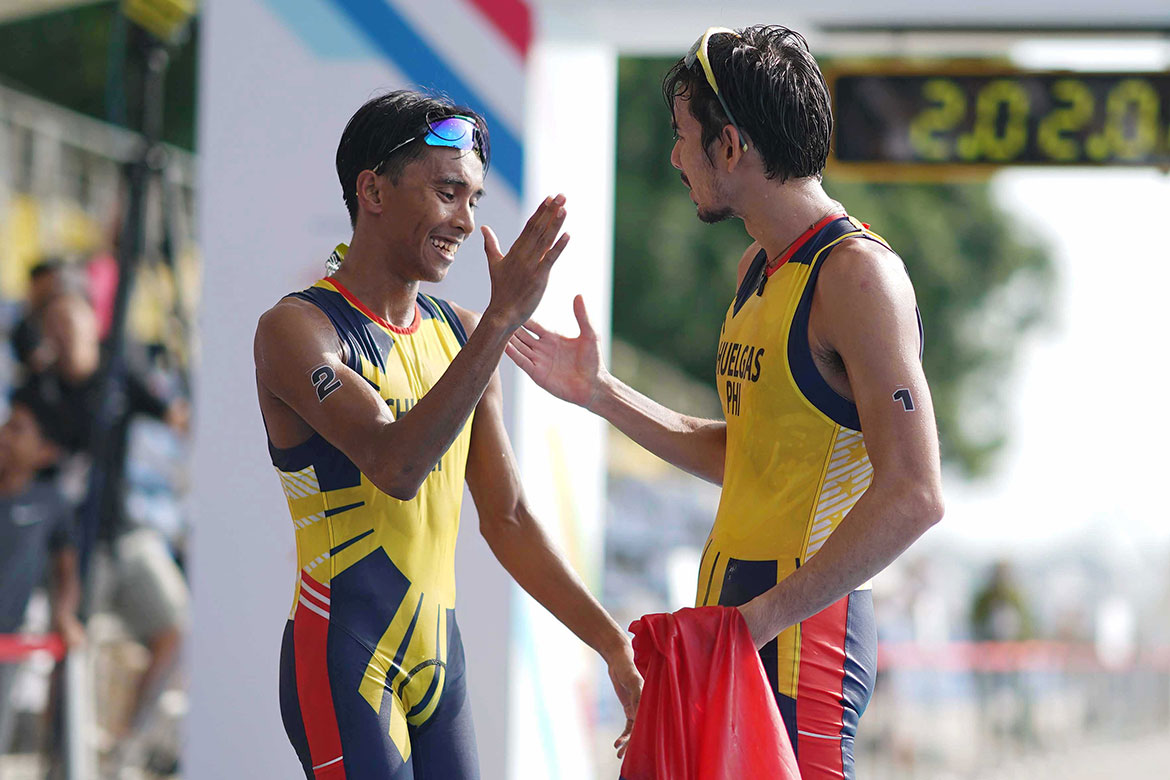 National team mainstay John Chicano has once again inspired those young triathletes under his tutelage after recently winning the prestigious Tri-Factor International Triathlon in Quzhou, China.

Chicano, a silver medalist in the 2017 Southeast Asian Games in Kuala Lumpur, ruled the men’s standard distance with an impressive clocking of two hours, nine minutes, and 17 seconds in a tough field that attracted over 400 participants.

“To win in an international race with some of the best triathletes in the world is something that our country should really be proud of,” said Go For Gold’s Jeremy Go.

“Chicano has become an inspiration to all our young triathletes who are motivated to follow his footsteps as we aim to produce the first Filipino Olympian in the sport,” added Go.

With the support of Go For Gold, Chicano has delved into a grassroots outreach program for the sport along with national team head coach, Melvin Fausto.

Their efforts have produced a youth development squad based in Cebu that regularly grabs the limelight whenever they hit the road in local races nationwide.

READ  Player of the Week Black gives Ateneo much needed lift
Related Topics:John Chicano
Up Next

FEU returns to the top in Men’s Chess