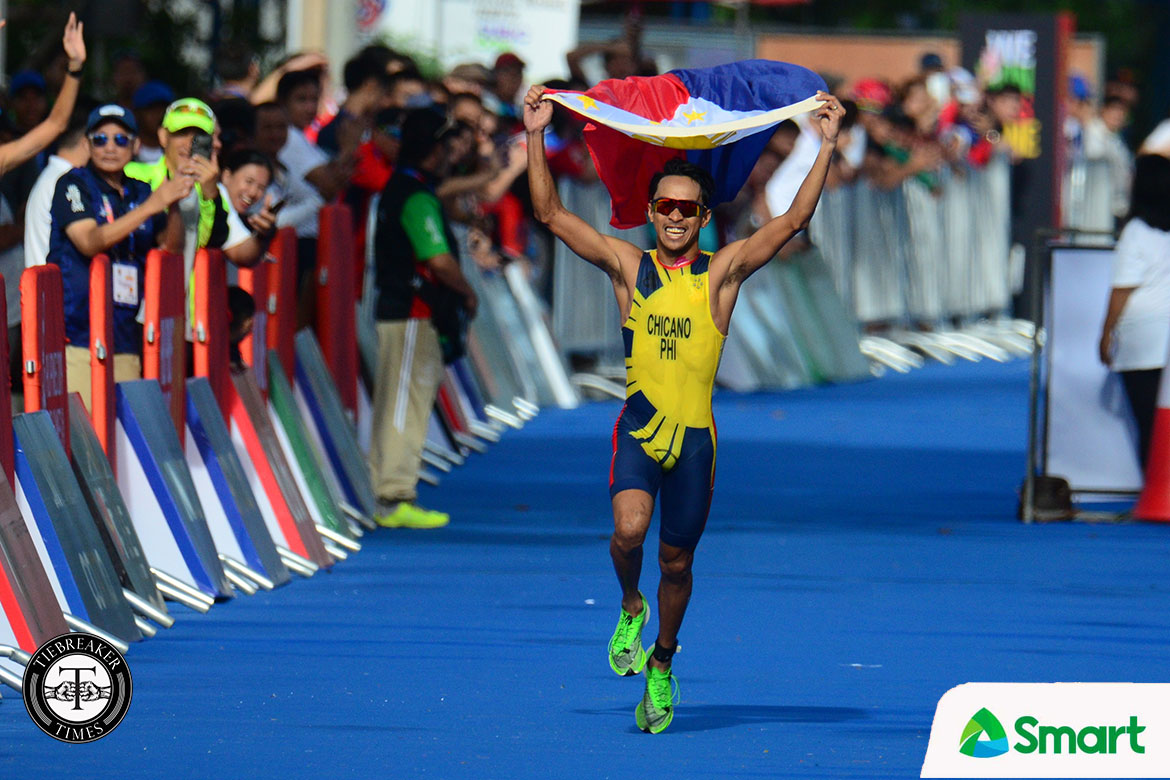 SUBIC — Taking over the triathlon mantle of the country, John Rambo Chicano made sure to run away with it.

Chicano now has a Southeast Asian Games gold under his belt after taking down the race Sunday at the Boardwalk here.

Chicano — who became the national team’s ace with Nikko Huelgas out for this campaign — breezed through the 1.5-kilometer swim, 40-kilometer bike, and 10-kilometer track that started at 6:00 am.

Remolino, a Cebuano, led during the swim part of the event before Chicano closed in during the bike. The hometown favorite then zoomed in the final stretch to win the event.

For Remolino, he is just glad that his first SEA Games was fruitful.

Indonesia’s Ahlul Firman Muhammad rounded out the podium with a time of 1:57:10.

This is the Philippines’ third overall gold in the event and first for this year’s edition of the regional meet.