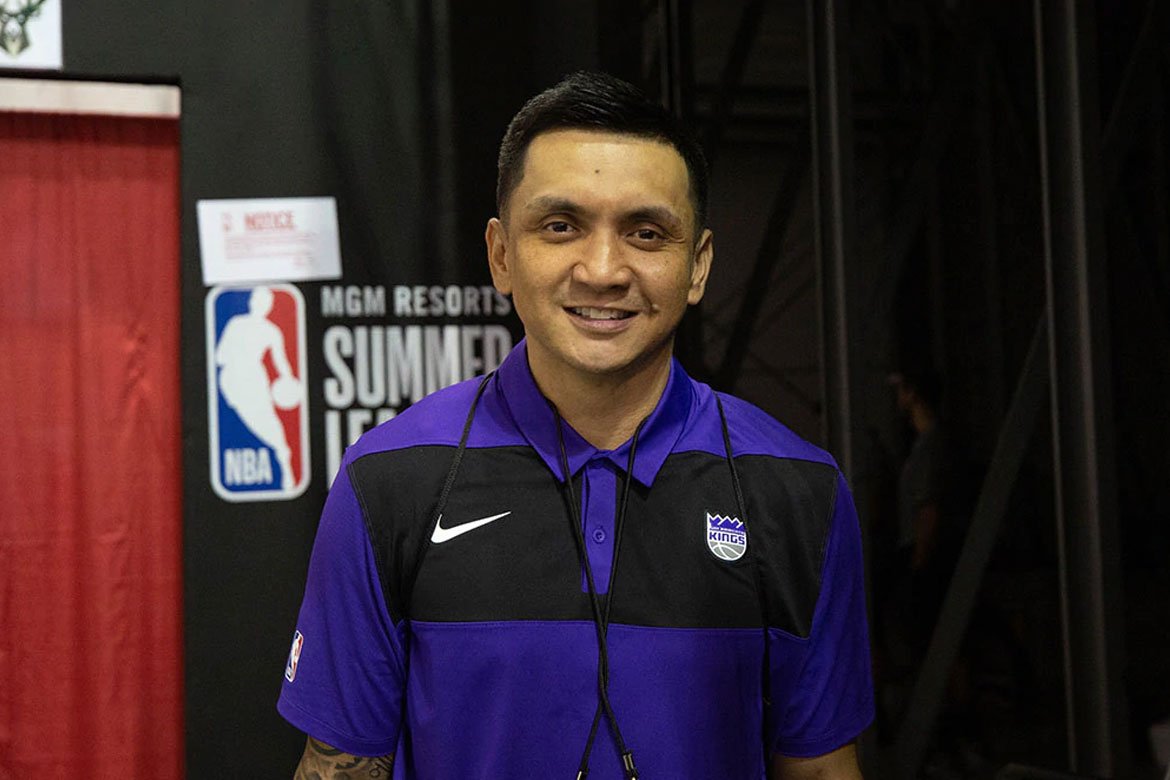 That’s how Jimmy Alapag described his stint with the Sacramento Kings last year, when he became part of its coaching staff for the NBA Summer League.

The San Miguel Alab Pilipinas head coach got himself an experience of a lifetime thanks to the invitation of Kings general manager Vlade Divac, a teammate of his on the FIBA Players Commission.

“My experience last summer with Sacramento, that was one of the eye-opening things and something that honestly, I was really proud about,” Alapag said in Tiebreaker Vodcasts’ Coaches Unfiltered, presented by SMART and Mighty Sports Thursday.

The former PBA Most Valuable Player was with the Kings for nearly a month. There he absorbed knowledge and experience like a sponge, learning as much as he could.

One of his realizations is that there isn’t much difference with how NBA teams run things, compared to ball clubs here.

“You know, a lot of the terminologies, a lot of what they’re doing, are very similar to what we’ve done here,” said the San Miguel Beerman assistant coach.

But what sets the NBAers apart, Alapag observed, is how efficient and disciplined they are, from the coaches down to the players.

“I think the biggest difference that I saw, with how things are done there, is just how efficient the NBA teams — at least in Sacramento — on how they run everything. There’s no BS,” said the six-time PBA champion.

“If the practice was on the court at 10 o’clock, and individual workouts and weights start at 9, there was never any talk about, ‘Hey guys, be here at 8 o’clock, be here at 7:30 to get your stretching or your work with the PT done.’ It was already established — like, you would just be there early. So a lot of times, a lot of times, at 10 a.m. practice, their coaches were there by 7 a.m. And the players were already around, you know. They might be on the court shooting a little bit, or getting work with the PT done or having breakfast, or whatever the case may be.

“Because once practice starts, everything was on time. The clock would start and things were moving. That was the one thing that really stood out to me the most, you know — how efficient everything was,” the 42-year-old furthered.

Aside from those, Alapag also noticed how much the coaches pay attention to detail to further help their players grow.

“After practice, they didn’t want players shooting by themselves. They would assign coaches to shoot with two to three players so that when they would get their repetitions in. Again, everything was high-quality, everything was game-like shots. And the coaches would put 20, 30, at the most — at least in the five, six weeks that I was [with] them — 40 minutes on the clock and say, ‘Hey, that’s the time that these guys have on the clock to get their shooting done’; ‘hey coach Jimmy, get with your guys, get their shooting done, and then go and your focus on recovery’,” he recalled.

That stint saw Alapag learn plenty, and he will always remain grateful.