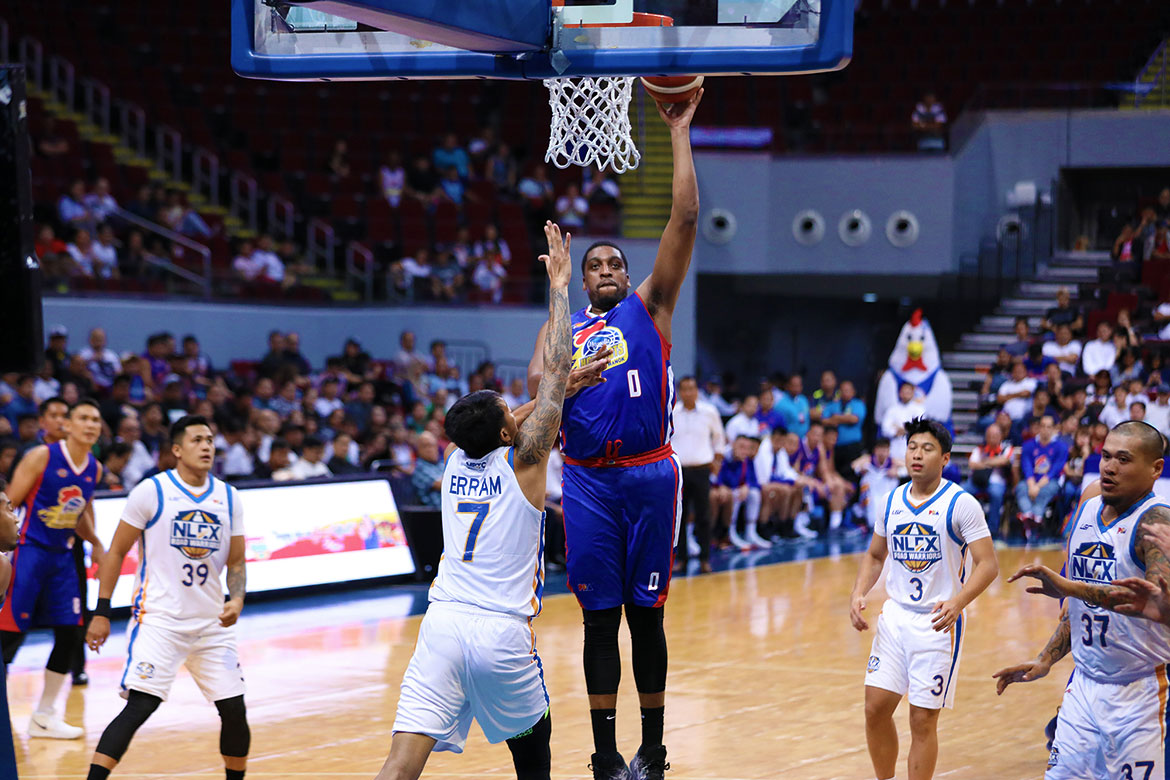 James Farr proved Magnolia head coach Chito Victolero’s claim that he will be better once his jetlag wears off.

In his second game for the Hotshots on Friday night, the 26-year-old impressed with 24 points, 21 rebounds, four assists, and three steals. He led his side past NLEX, 98-88, for their first win in the 2019 PBA Commissioner’s Cup.

“This is only his second game in just four days, so medyo mabigat sa kanya. But I’m very happy for him kasi kahit papaano, nakaka-contribute na siya,” lauded Victolero of the 6-foot-10 Farr.

Farr admitted that he is still dealing with jetlag. But despite his numbers, the Xavier product said that the win is more important for him – Friday’s victory snapped their two-game funk in this mid-season conference.

“I got some sleep, but I’m still working on my jetlag. It’s not about the points for me; it’s just more important that we won,” said Farr, the Hotshots’ replacement for John Fields, who got hurt just days prior to their Commissioner’s Cup debut.

Farr also did not take all the spotlight to himself, asserting it was the whole Magnolia crew’s character that brought them the win. The Hotshots fought back from a 10-point deficit before fending off NLEX down the stretch to bag the W.

“The team came together when it got tough. We went down 10 in the third quarter… We looked at each other and said ‘let’s come back and win’, and that’s what we did,” said Farr, who’s been playing pro ball since 2016.

Farr said after his first game that he can’t wait to see the journey of his new team this conference. Now that they have racked up their first win, Farr hopes this will be the start of something good for the seasoned Hotshots.

“I’m starting to learn them, most importantly.”

Farr said that he will savor Friday night’s win, but it will be business as usual the next day as they gear up for Sunday, when they will face the Columbian Dyip. And for him, the goal is to end the week with another win.

“I will enjoy tonight, but we still have something to do on Sunday,” said the native of Illinois.

“We have a lot in front of us. We’re 1-and-2 now. We wanna go out this weekend being 2-and-2 so we have an even playing field, and continue our journey from there in this elimination round.”