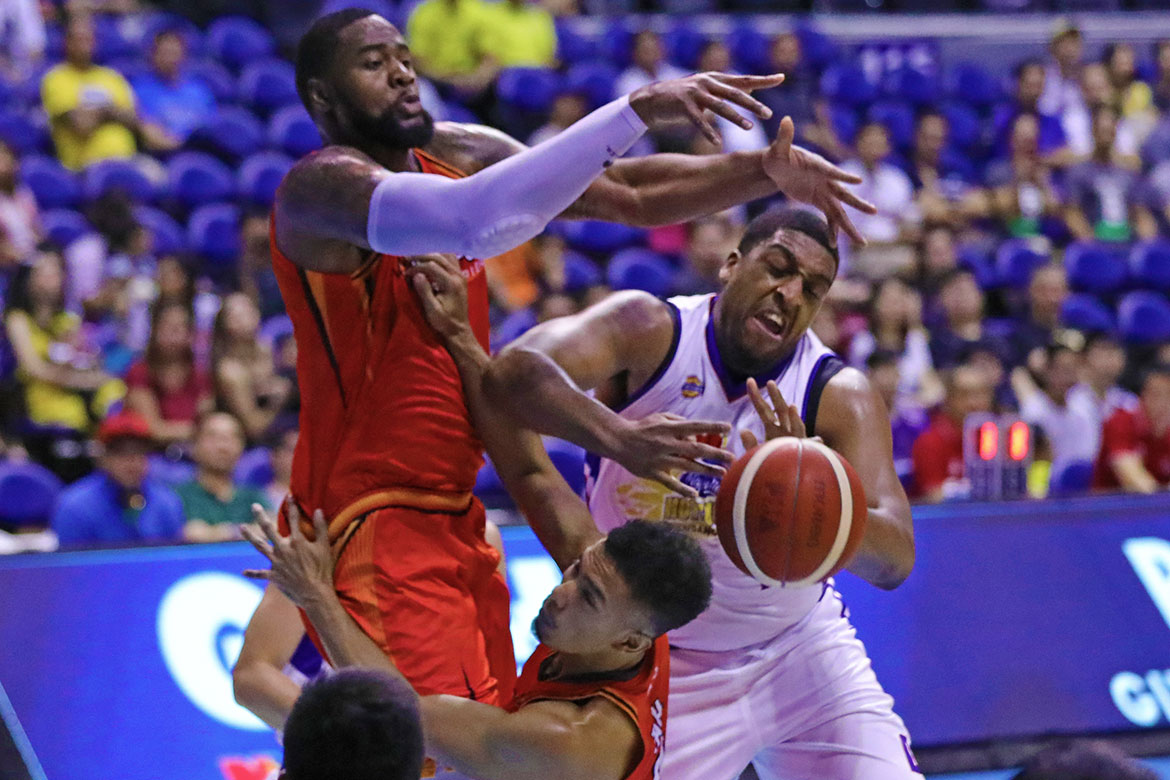 No thanks to jetlag, James Farr struggled in his PBA debut with the Magnolia Hotshots, Wednesday evening.

A replacement for the hurt John Fields, Farr only shot a dismal 5-of-26 from the field and committed six turnovers in the 35 minutes and 39 seconds he played versus NorthPort Batang Pier in 2019 PBA Commissioner’s Cup action.

The 26-year-old, though, finished with 11 points, 14 rebounds, four assists, four steals, and a block, but it wasn’t enough as the Hotshots’ fightback from 16 down fell short, 99-102, dropping to 0-2 in the mid-season conference

“I just got here a couple of days ago. I’m still dealing with jetlag,” he said. “But no excuses. My teammates they played very hard. They fought through adversity and I couldn’t be more proud.

“I can’t wait to see the next journey of this team.”

The reigning Coach of the Year, though, is confident that Farr will be able to get his bearings back sooner.

“Yes. He will get better,” said Victolero.

As far as the whole Hotshots is concerned, Victolero said that he isn’t pushing the panic button yet. But he hopes that Magnolia would quickly snap out of their funk as they would not want to embark on another tough journey.

In the 2019 Philippine Cup, the Hotshots started the tilt 0-3 and later on carried a 1-4 slate, before winning five of their last six games to enter the quarterfinals, and eventually the championship bout where they lost to San Miguel Beermen.

“And we will try again on Friday.”