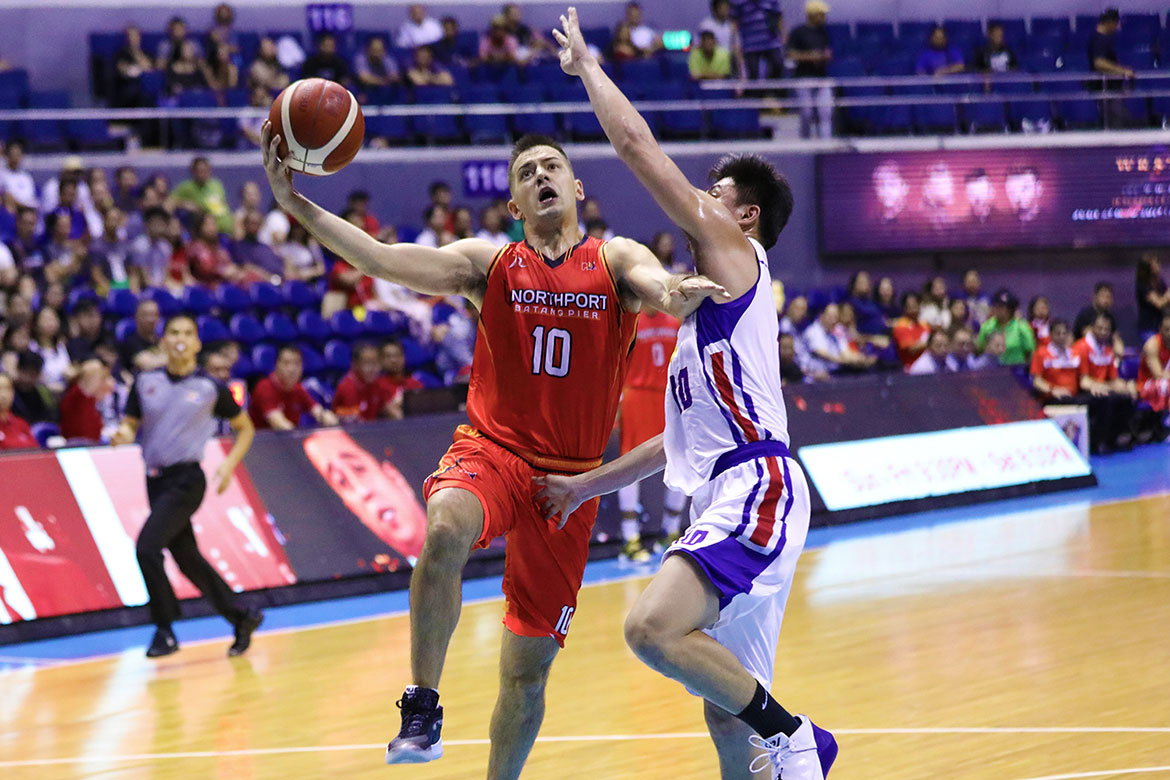 The NorthPort Batang Pier survived the Magnolia Hotshots’ comeback attempt, 102-99, to gain a share of the top spot in the 2019 PBA Commissioner’s Cup, Wednesday evening at SMART Araneta Coliseum.

Sean Anthony showed his veteran poise and coolly sank all four of his freebies inside the final 9.3 seconds to ward off the Hotshots, who knocked to within just three points after going down by as many as 16 in the third chapter.

Anthony finished with a game-high 22 points on top of eight rebounds, five steals, and four assists in the win that improved NorthPort’s record to 5-1, tying Blackwater Elite to gain a share of the top spot of the team standings.

Import Prince Ibeh, who fouled out with 35.8 seconds left to play, had 10 points, 13 boards, and four blocks.

Jarencio, however, was not really that happy even with the win, as injuries have hit the Batang Pier anew. They still have Ryan Araña and star player Stanley Pringle out, and both Tautuaa and Elorde got hurt versus the Hotshots.

Tautuaa was suddenly hobbling on the court at one point in the match, and Elorde was seen holding on to his hamstring after a drive with 6:29 left in the fourth quarter. Tautuaa, though, was the only one who finished the game.

Ian Sangalang had 21 points and 10 rebounds to lead Magnolia, who have fallen to 0-2.

Import James Farr made his debut for the Hotshots, and he apparently hasn’t shaken off jetlag — Farr just arrived in the country this Monday — as he shot just 5-of-26 from the field and comitted six turnovers in over 35 minutes.