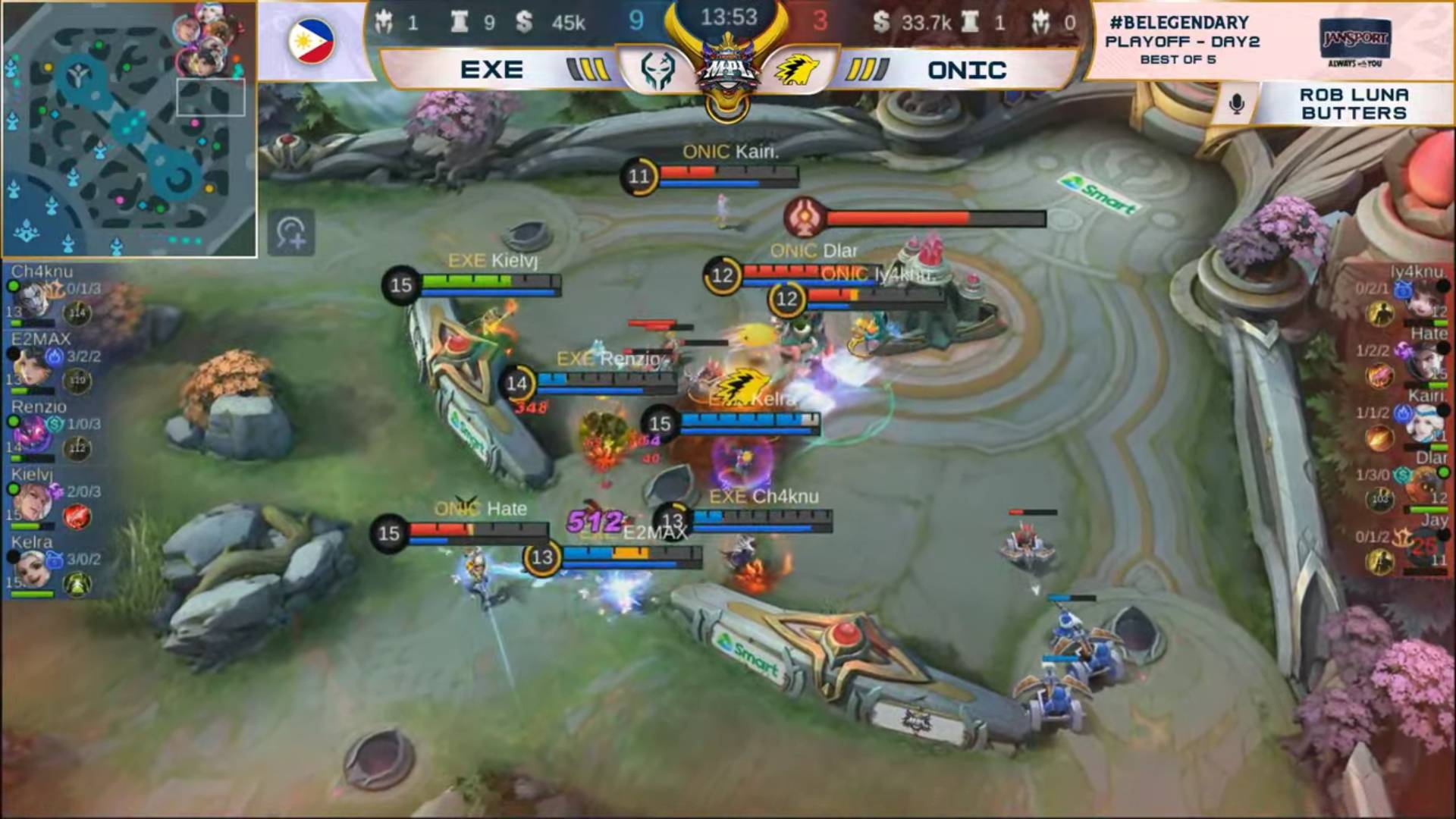 This is the second-straight time that Execration eliminated ONIC PH after their 3-2 reverse sweep in the battle for third place in Season Six.

Renz “Renzio” Cadua’s Gloo proved to be the difference-maker in the decider, tanking all the damage coming from the ONIC PH side in Game Five to allow Duane “Kelra” Pillas’ Harith and Kielvj “Kielvj” Hernandez’s Lancelot to move freely in clashes.

The former Aura PH offlaner finished with a game-high 90,046 total damage taken along with four assists and a kill without a single death in the 11-4 Game Five win which ran for exactly 14 minutes.

Kelra finished with four kills and two assists while Kielvj added two kills and five assists in the win.

On the other hand, Hate, who last played for Execration before transferring to ONIC PH, finished with two kills, three deaths, and two assists. 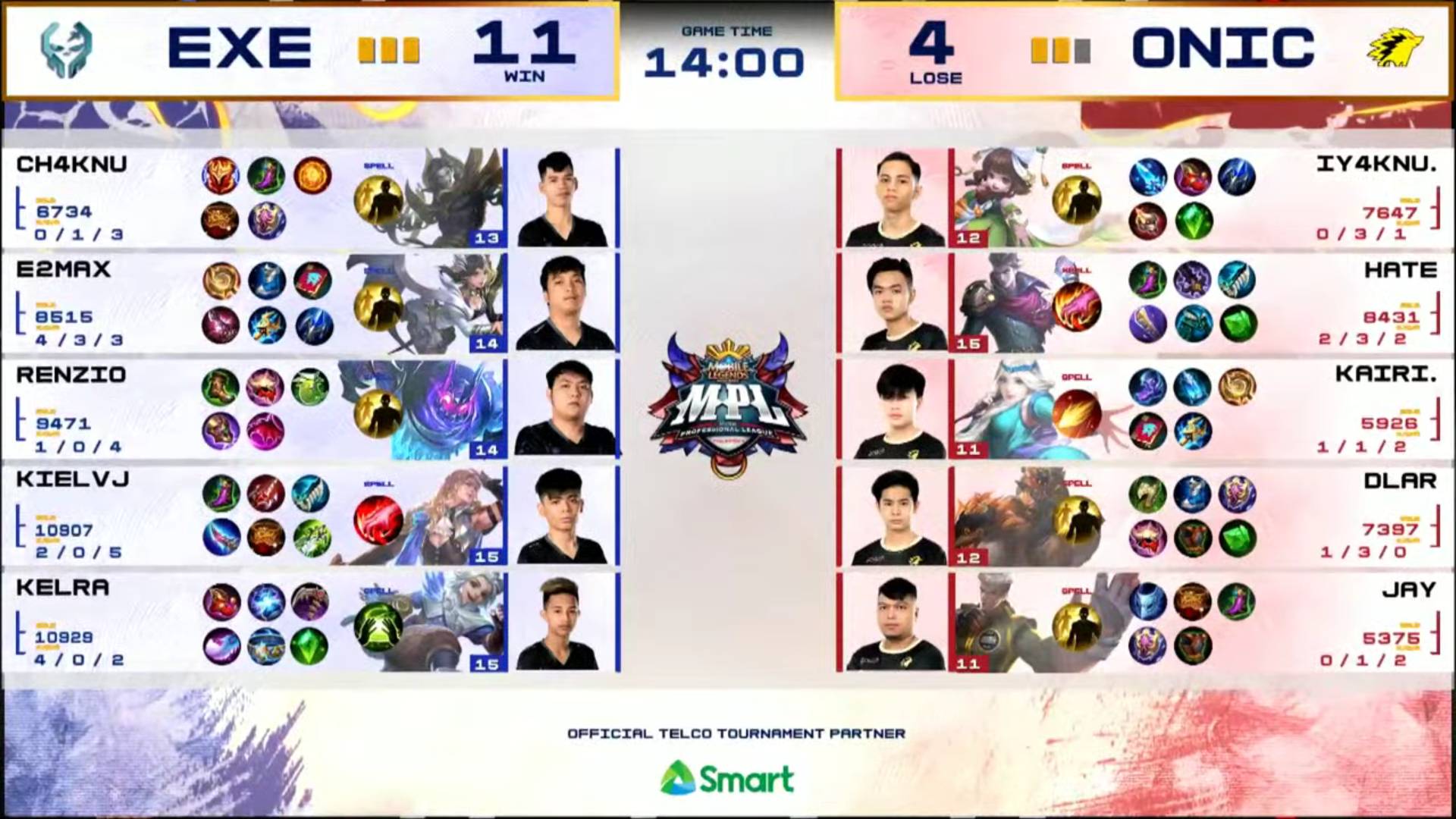 With ONIC PH going for a defensive lineup to open up the series, Kielvj had a free Claude game while Patrick “E2MAX” Caidic wreaked havoc with his Vale to give Execration the 17-13 Game One victory. The support veteran nabbed the SMART MVP award with a game-high 12 assists along with a kill and four deaths in the match that lasted for 21 minutes and 34 seconds. 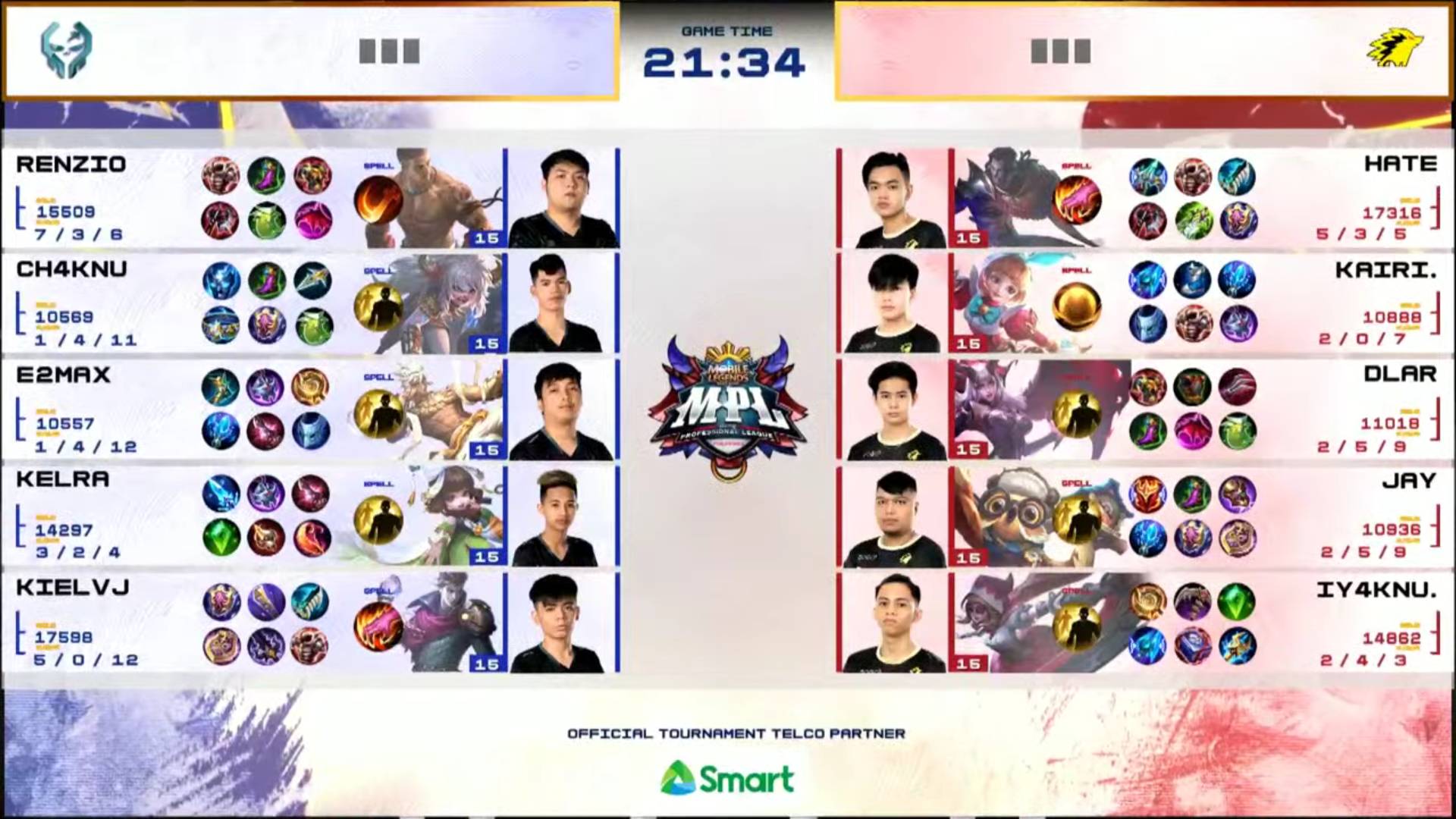 With Execration up by a game, Christian “Iy4knu” Manaog’s Kagura handed ONIC PH a huge advantage through a four-man Yin Yang Overturn while Hate’s (Roger) clutch play down the bottom lane finished off Game Two. Hate finished with six kills and four assists against a death en route to the SMART MVP award in the 13-6, 15:33-minute win. Execration moved at match point after Joshua “Ch4knu” Mangilog’s vintage Khufra performance, willing the Season Six third placer to a 2-1 advantage. He finished with a game-high seven assists in the low-scoring 8-2 Game Three win in just 14 minutes and 44 seconds. 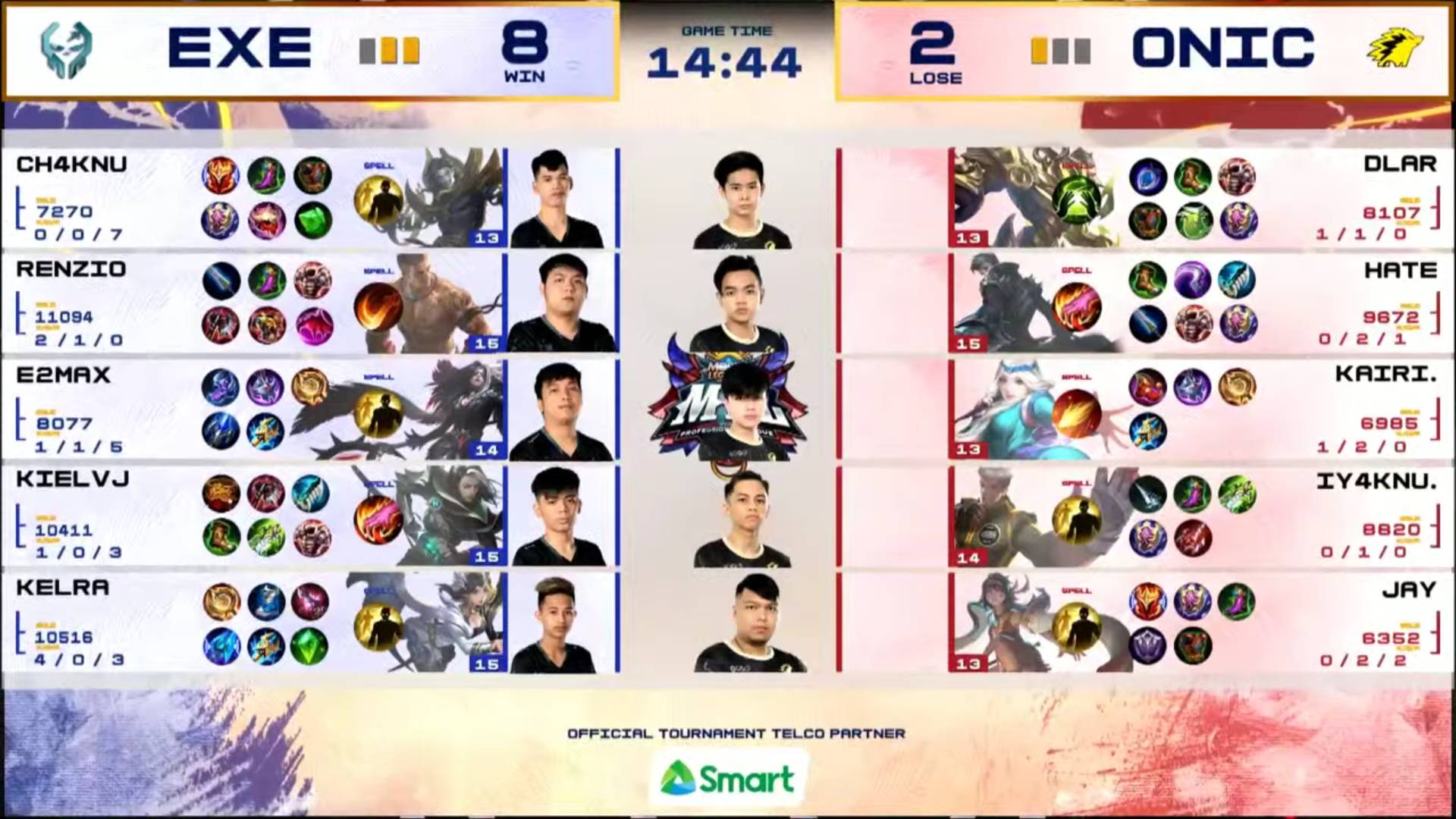 E2MAX then showed flashes of his old self, putting on a show with his unorthodox Chou support in Game Four before Hate’s Claude took over to send the series to a decider.

Jay “Jay” Torculas’ Gloo won the SMART MVP honors with a game-high 10 assists laced with a kill and a death in the 14-9 win in 17 minutes and 38 seconds. 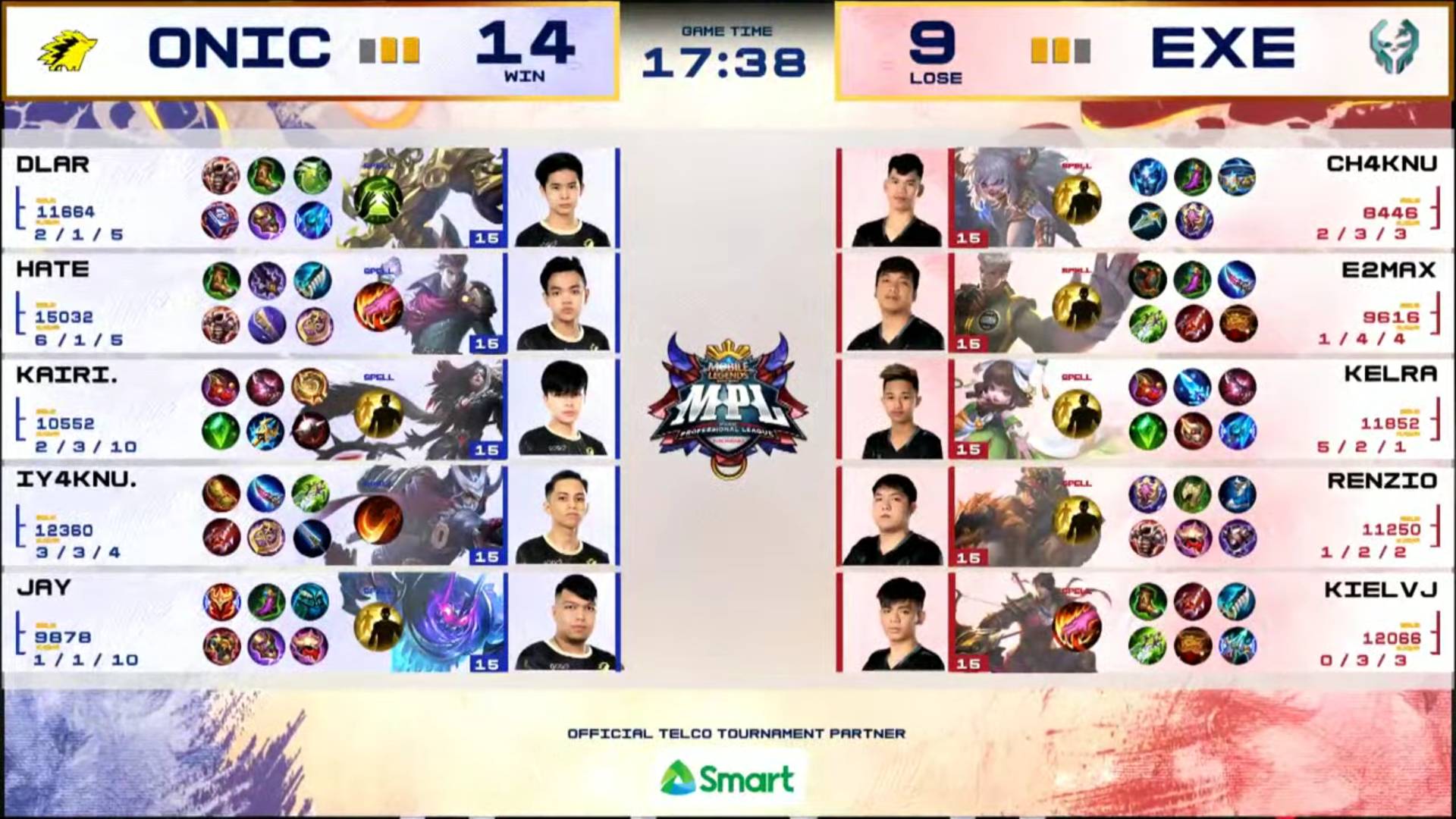 Execration will next face Omega Esports, who was coming off a heart-breaking loss to Aura PH on the lower bracket, on Friday. 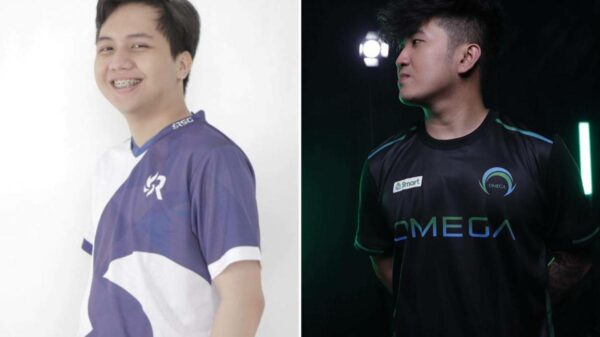