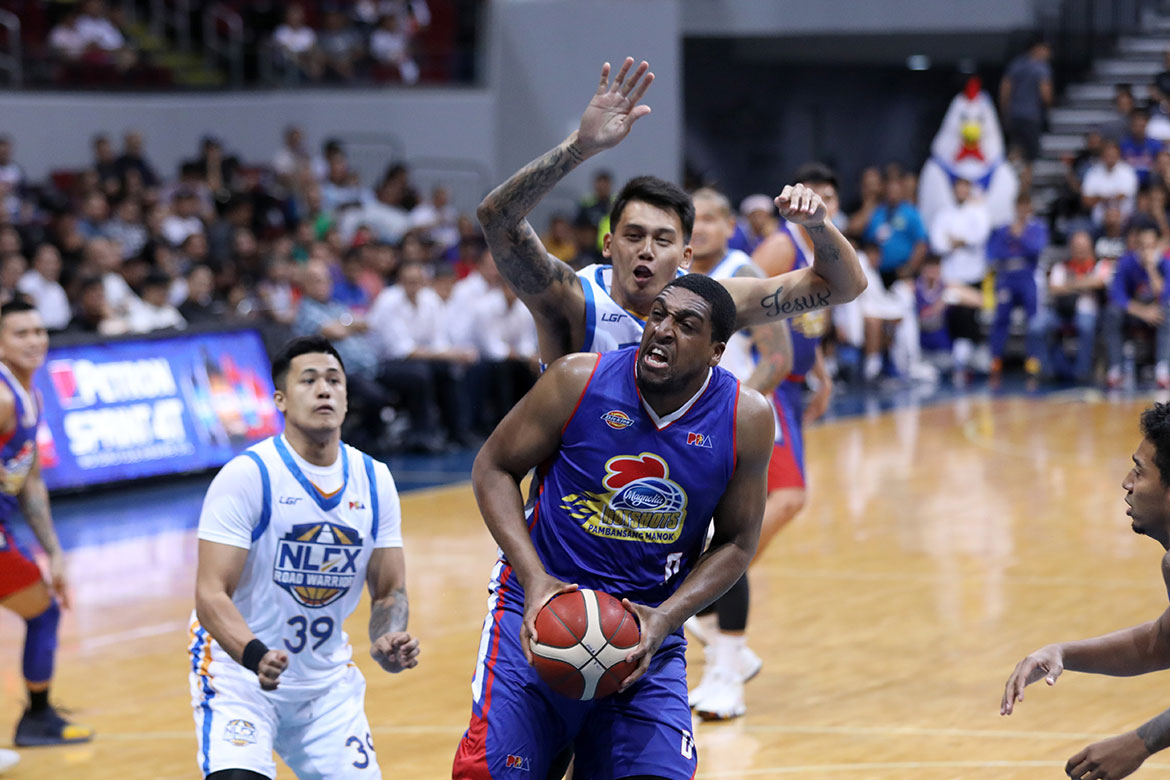 James Farr finally showed what he can bring, towing the Magnolia Hotshots to their first win in the 2019 PBA Commissioner’s Cup by compounding the struggling NLEX Road Warriors’ woes, 98-88, Friday night at SM Mall of Asia Arena in Pasay City.

“Medyo mahirap manalo. I challenged my players before this game na it’s hard to go down zero-three like last conference. I’m proud of my players because they stepped up,” said Hotshots head coach Chito Victolero.

Farr has seemingly shaken off jetlag and displayed what he can really bring to the table. He led Magnolia with 24 points, 21 rebounds, four rebounds, and three steals in the 35 minutes and 19 seconds he saw action.

“At least si James, nakaka-adjust na siya. This is only his second game in just four days, so medyo mabigat sa kanya. But I’m very happy for him kasi kahit papaano, nakaka-contribute na siya,” said Victolero of the 6-foot-10 Farr.

The Hotshots fought back from a 10-point third quarter deficit, and even led by nine early in the final frame. But they had to fend off the Road Warriors late in the game, as the latter knocked within three, 87-90, with 2:37 left to play.

The veteran trio of Ian Sangalang, Paul Lee, and Mark Barroca all joined hands to close out the game for Magnolia. The Hotshots snapped out of a two-game funk and improved to 1-2 following the character-testing victory.

Sangalang had 21 points and seven caroms. Lee made 11 points, six dimes, and four boards, while Jio Jalalon had 10.

The Road Warriors are now 0-6 following the loss, which spoiled the return of head coach Yeng Guiao from a break. Unfortunately, the fiery mentor was then ejected with 3:06 left in the game for incurring his second technical foul of the game.

The loss also spoiled the debut of Jericho Cruz, whom NLEX acquired via three-team trade with TNT KaTropa and NorthPort Batang Pier earlier this week. He played for nearly 28 minutes and had eight dimes, six points, and three boards.

Jericho Cruz simply glad to be back on the court