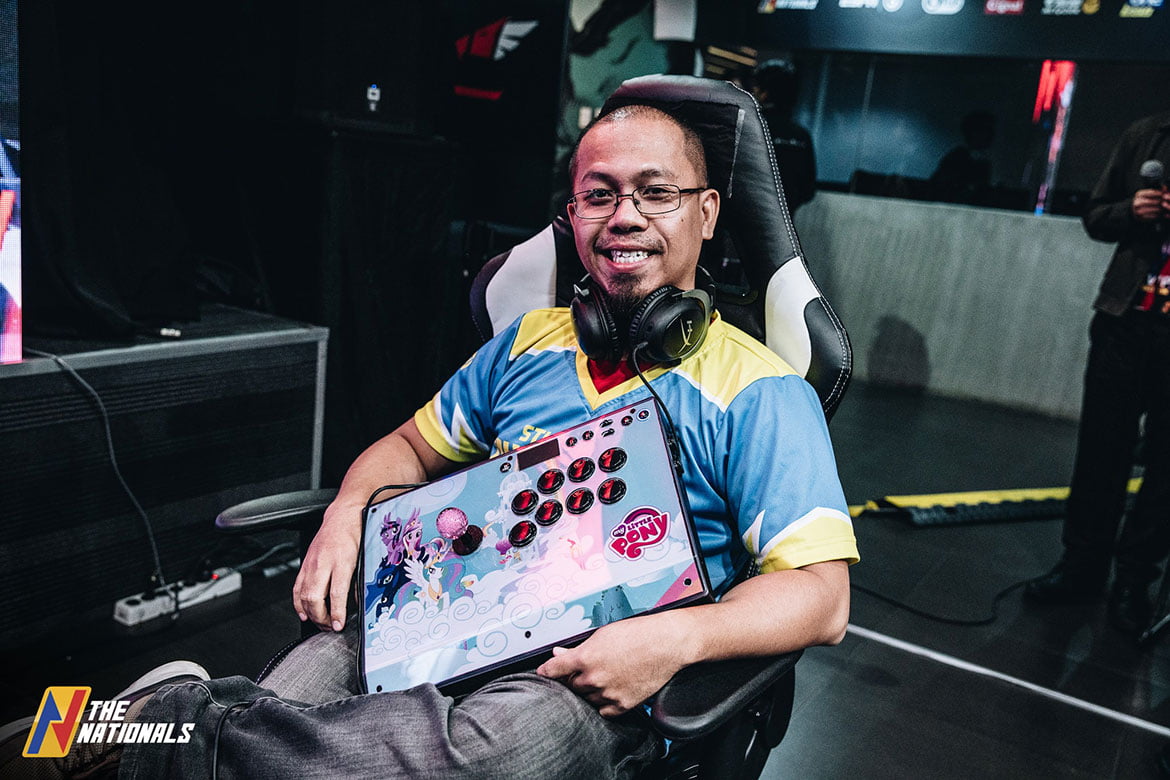 That’s how the entire local Tekken community sees STI E-Olympians’ Jim “Don Argus” Casimiro, who has been a staple in the game for more than a decade now.

“I want her to have a dad with a job that she can be proud of.”

During his first foray in The Nationals Season One about just a year ago, Casimiro’s daughter wasn’t that much inclined yet in what his father does for a living. That is why the 33-year-old Tekken veteran had to be creative to make Laverne watch his games during livestreams.

Casimiro had his arcade stick customized to his daughter’s favorite TV show My Little Ponies which became quite an effective strategy to lure his daughter into watching.

“I wanted her to be proud of me gamit yung stick na may design na paborito niyang TV show,” he shared.

Now eight years old, Laverne is starting to show interest in video games just like his father. And her mechanical skills are impressively off the charts, according to Casimiro.

Her mechanical skills are impressively off the charts, according to Casimiro.

Casimiro started off his Tekken journey in Pangasinan where he originally lived, but when his family decided to move to Manila for his studies, his passion had to take the back seat.

Looking to rekindle his passion in the game, Casimiro immersed himself into arcades where worked his way back to his old form. He finally made a name for himself in the up-and-coming Tekken scene when he was recognized as one of the top Heihachi players in the country.

However, Casimiro’s ascent into the local stage was put into a halt once more this time in the Tekken Tag era as he and his wife finally started a family of their own. He started to play again when Tekken 7 came out, earning a spot with the STI team in the first season of The Nationals.

Casimiro, who is currently in his second season with the E-Olympians in The Nationals, recently pulled the upset axe on top-ranked Doujin of Laus Auto Group Playbook Esports Eagles, ending the SEA Games bronze medalist 12-game winning streak via a 2-0 sweep, 3-1, 2-0.

He is at the tenth spot with an 11-23 win-loss slate – good for 15 points, trailing BREN Epro’s Mawts and Smart Omega’s Jules who are tied at the ninth place.