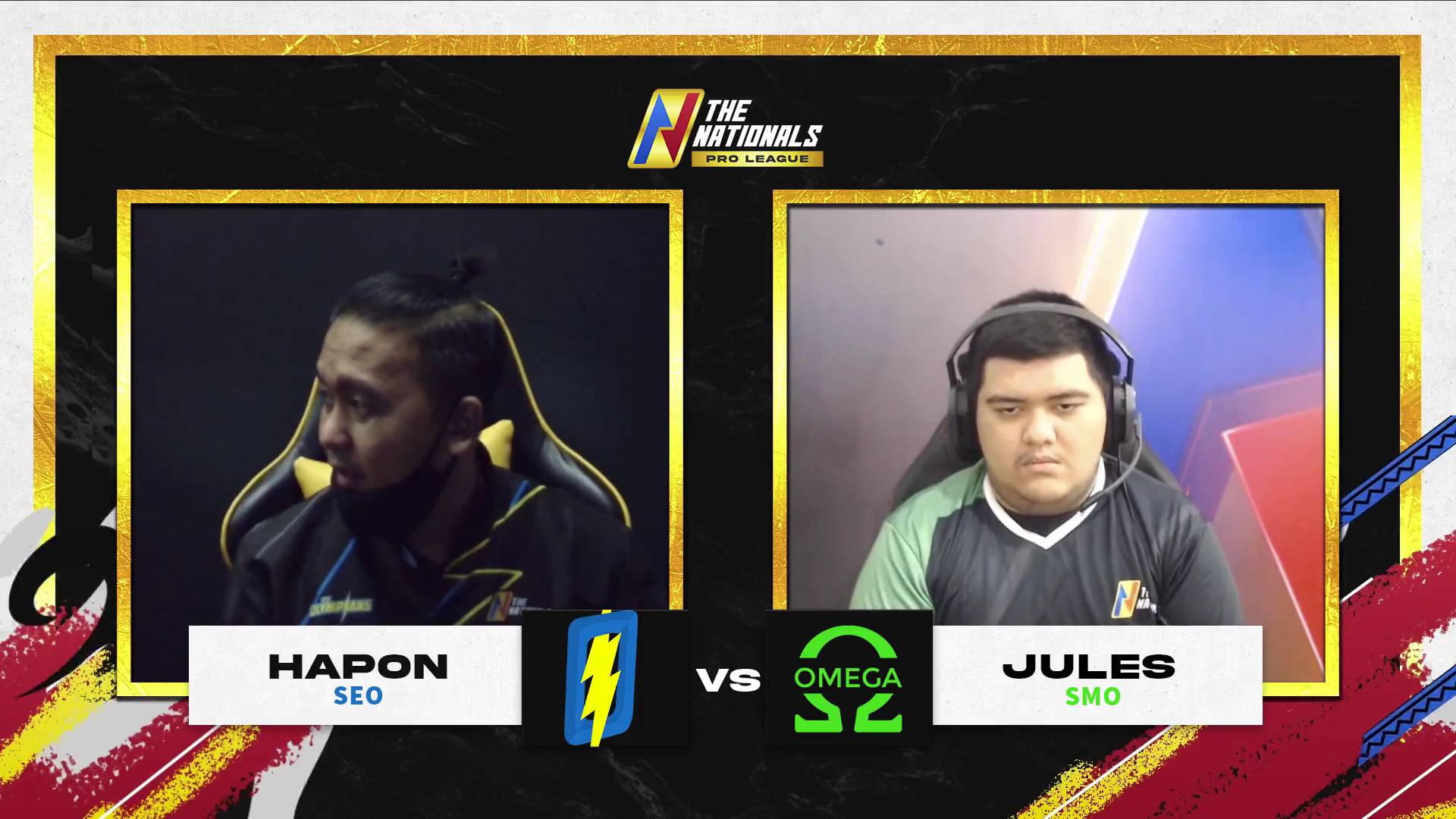 Jules dropped his opening series against Cignal’s Ralph “Vermillion” Cueva via a 1-2 result. He played Fahkumram in the Game One loss before tying the series with his Leroy in Game Two and ending the Game Three loss with Leroy anew.

The other half of the Omega brothers then vented his ire on STI’s Michael “Hapon” Magbanua, using Paul in the 2-0 sweep of the former Bren Epro player.

Jules now has a league-best 18 points through a 13-5 record – to secure the top spot for the second-straight day.

Bren Epro’s Maru “Maru” Sy retained his spot at second place with 16 points through a 13-7 win-loss standing. He first got swept by Happy Feet’s Jeffrey “Coffee_Prinz!” Gonzales before taking a sweep of his own against Vermillion.

Also keeping his spot is Omega’s Mark “MachineHead” Eking, who sports a 10-8 standing with 15 points.

Hapon (11-9) then moved up a spot and is now at the fourth spot with 14 points while Vermillion and Coffee_Prinz settle for a tie at the fifth seat with identical 11-9 records and 13 points each.

Defending champion Alexandre “AK” Laverez of Playbook continued his struggles on the fourth day as he sits at the sixth spot with 12 points through an 11-10 standing.