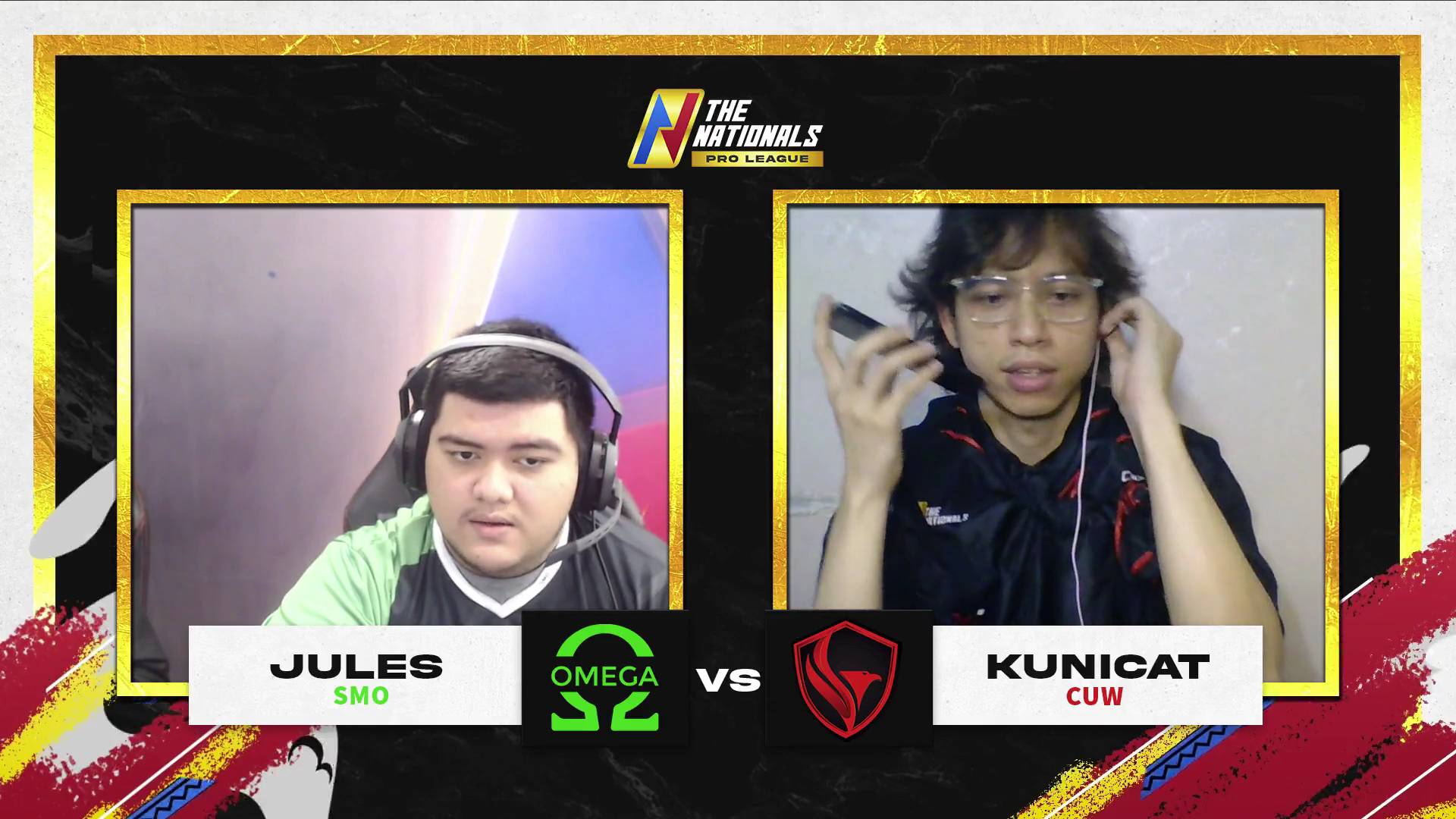 Smart Omega’s duo of Juliano “Jules” Lozano and Mark “MachineHead” Eking were all over the place in Day Three, taking first and third place, respectively, in The Nationals Season 3 Tekken 7 conference, Saturday evening.

Jules now boasts 14 points through a 10-3 win-loss standing at the top spot while the first overall pick in the recent The Nationals draft, who came from a five-way tie in the second place, fell down the third spot with 12 points and a 10-6 record.

The one half of the Lozano brothers first took down Cignal’s Daniel “Kunicat” De Leon through a 2-0 sweep playing Geese before cleaning house once more against Bren Epro rookie Lance “Sidesteplance” Yulo through Devil Jin.

MachineHead, meanwhile, also took a 2-0 victory over Sidesteplance before falling to Happy Feet’s Jeffrey “Coffee_Prinz!” Gonzales via a 1-2 reverse sweep.

Bren Epro star and Season 2 grand finalist Maru “Maru” Sy came in between the Omega 1-2 punch at the second spot with an 11-5 record and 13 points.

Defending champion Alexandre “AK” Laverez of Playbook still struggled to find his rhythm as he settled for the fifth spot with 10 points through a 9-7 standing while Kunicat, who topped the leaderboards in Day Two, was held winless and is now at sixth place in Day Three with nine points and a 7-7 card.

Coffee_Prinz (7-8) and Sidesteplance (6-7) tied at the seventh seat with eight points each while STI’s Joachim “Gold_Standard” Fuentes and Playbook’s Jassen “JS5N” Capuyan were also at a deadlock at the eight place with five points and identical 5-11 standing.