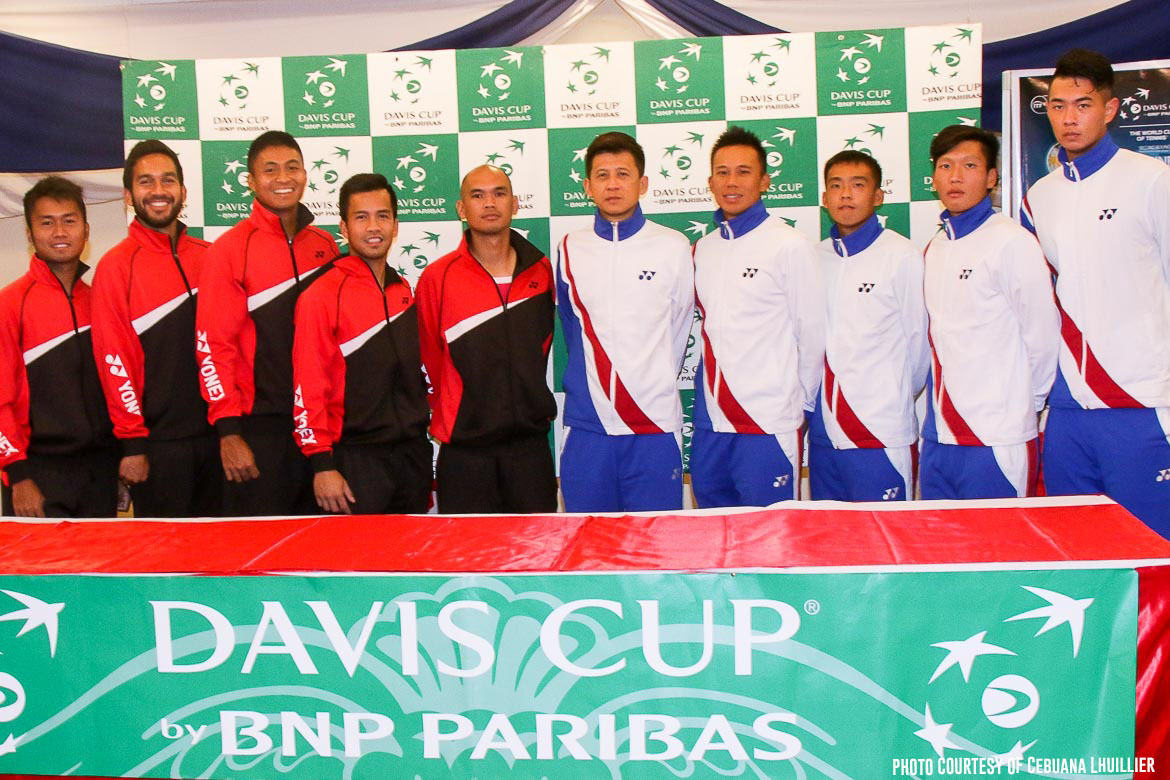 The 2016 Davis Cup Asia-Oceania Group II second round tie between the Philippines and Chinese Taipei held its Official Draw Ceremony a day before the matches, Thursday at the Philippine Columbian Association.

The draw started with the announcement of the Philippines’ Francis Casey Alcantara and Ruben Gonzales, and Chinese Taipei’s Ti Chen and Liang-Chi Huang, as the number 1 and number 2 singles players respectively for their countries. Their names were placed in a bowl, and PHILTA Executive Vice President Manuel Misa picked out Ti Chen’s name.

This means TPE’s Chen will play in the first singles match against PHI’s Gonzales. Their match will then be followed by the Alcantara-Huang battle.

Scheduled on the following day, Saturday, is the doubles match between Wimbledon semifinalist Treat Huey and Jeson Patrombon of the Philippines, and Jui-Chen Hung and Chieh-Fu Wang of Chinese Taipei. Reverse singles will then be played on Sunday with the number 1’s Alcantara and Chen taking the court first, before Gonzales and Huang.

The nominations for the doubles and the reverse singles matches, however, can still be changed as prescribed by the rules of Davis Cup so long as they are within the required time.

Both teams expressed their readiness to give Filipino tennis fans some great action this weekend.

Chinese Taipei Captain Jinn-Yen Chang said the Philippines is a strong team together, so we will do our best.

TPE’s top-ranked player Chen also downplayed their favorites’ tag, which is brought about by the three straight wins by the Taiwanese against the Filipinos.

“Before, there is also the four wins by the Philippines. But, we improved a lot in this generation. We expect a great game,” Chen shared

When asked about his lineup adjustments, Philippine captain Karl Santamaria explained: “Our four players are versatile. They can play doubles; they can [also] play singles.” To which Alcantara commented, “It is my chance to play singles again, and I am thankful.”

Huey was likewise asked if there is some pressure carrying over his Wimbledon success to the Davis Cup, and the veteran just stated, “All four of us need to play well.”

The 2016 Davis Cup by BNP Paribas tie between the Philippines and Chinese Taipei will start at 3pm on Friday, July 15 at the Philippine Columbian Association. Days 2 and 3 will be on the following two days. The doubles match on Saturday is slated at 3pm, while the reverse singles on Sunday is scheduled at 1pm.