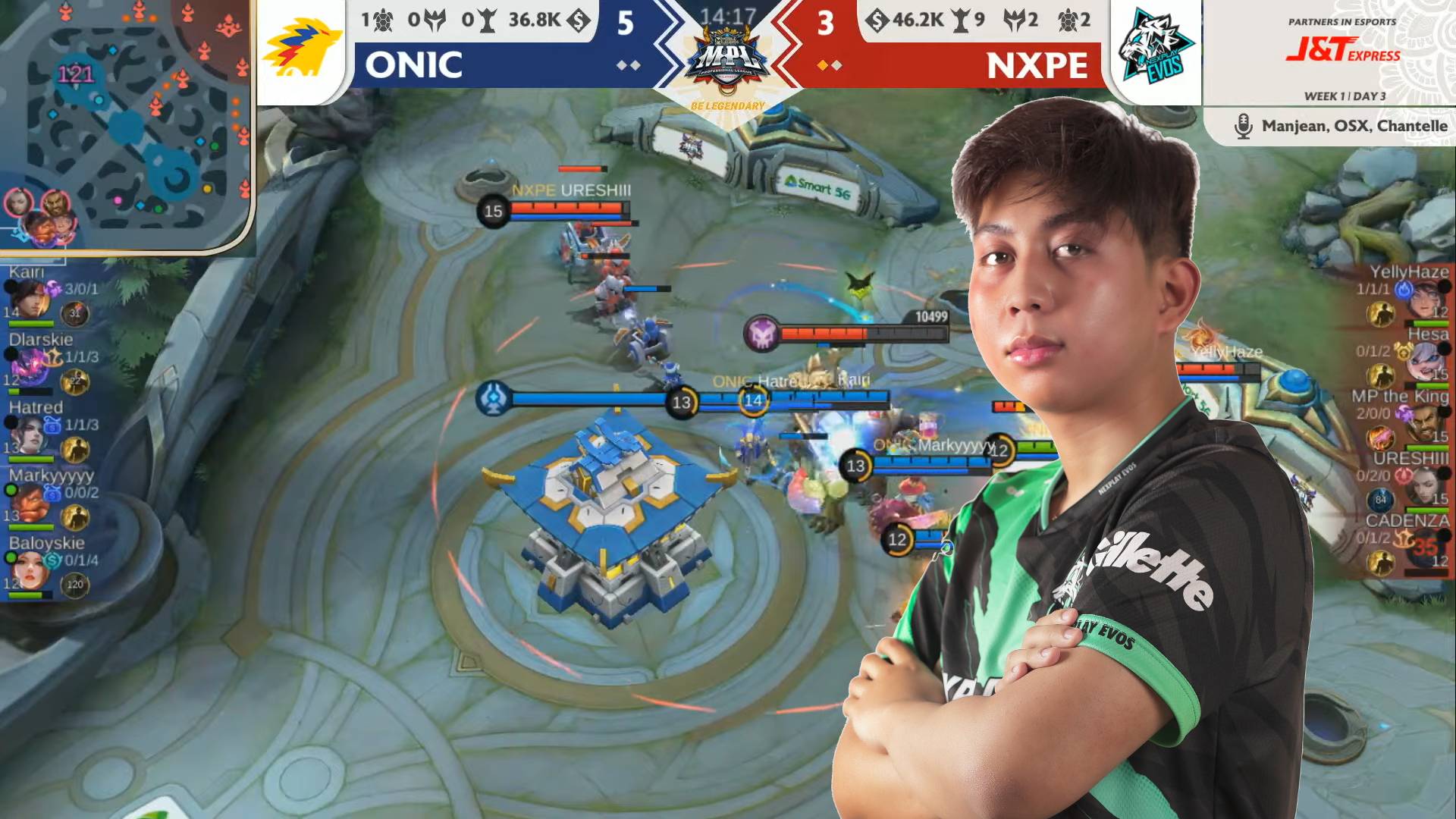 After making a name for himself in the amateur scene, Kenneth “CADENZA” feels glad that he can finally showcase his skills in the biggest Mobile Legends: Bang Bang stage in the country.

Following a tough debut loss to RSG PH, CADENZA stepped up his game on Sunday afternoon to lead Nexplay EVOS to a 2-0 victory against ONIC PH.

The former AP Esports roamer was on point with his initiations in the opener, tallying three kills and eight assists without a single death on Ruby. That gave NXPE the early 1-0 cushion against the M3 World Championship silver medalists.

But it was really in Game Two where CADENZA truly made his mark.

From there, NXPE built a huge lead which they did not let go of, resulting in the win.

CADENZA bagged MVP honors in Game Two with two assists and a death. He also absorbed a whopping total of 139,357 damage in the 14:46-minute series-winning match.

Nexplay EVOS will take on Blacklist International next on Friday at 8:00 PM.