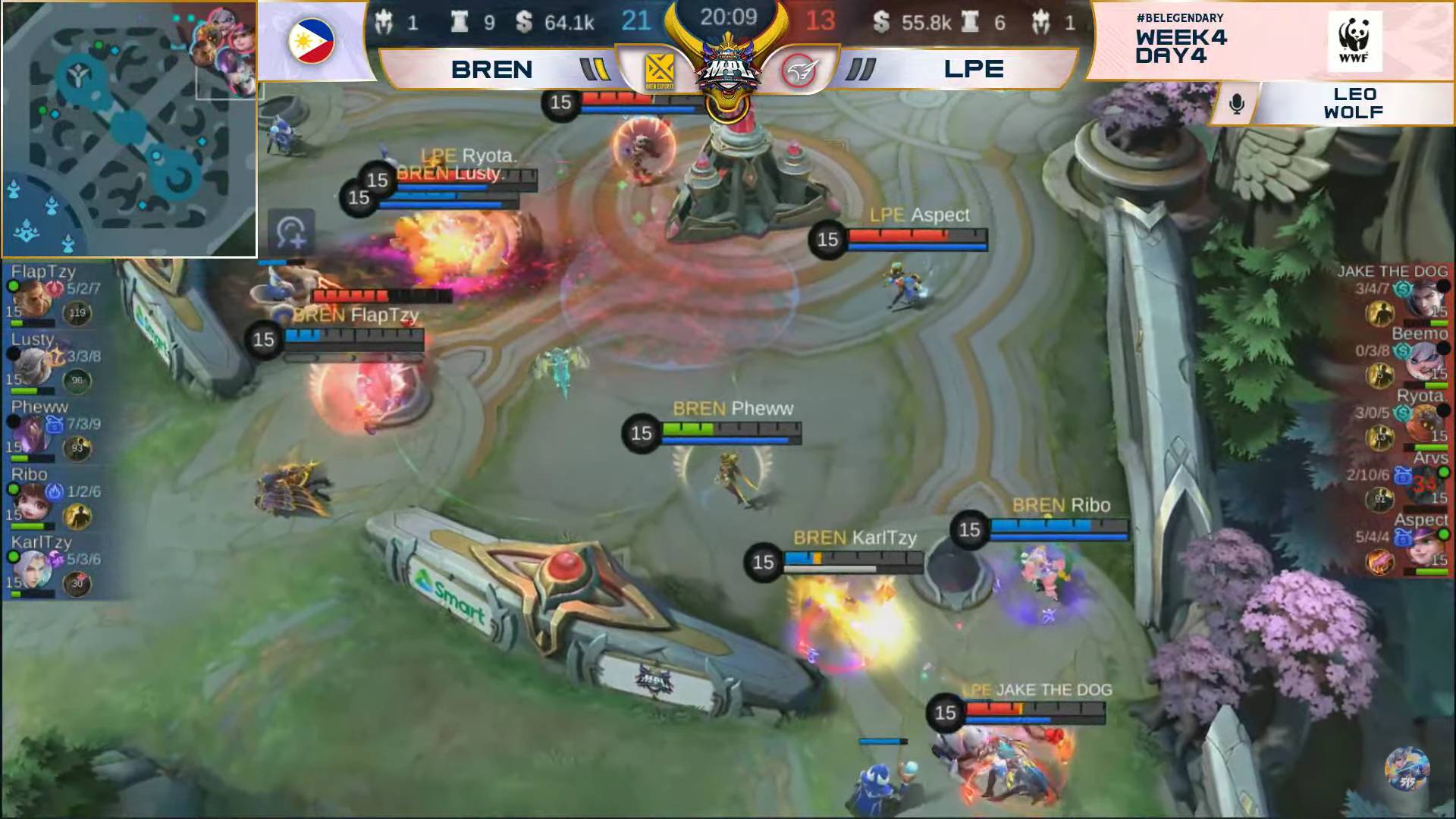 It was a field day for the defending champions in Game One, taking down Playbook through a standard freeze and lord tactic.

Though the game almost reached the 22-minute mark, Bren still dominated the entire match all thanks to the offense-defense combo of CJ “Ribo” Ribo’s Alice and David “FlapTzy” Canon’s Uranus.

Ribo, who played exceptionally well against a Harith, was named the Smart MVP with three kills and three assists without a death. 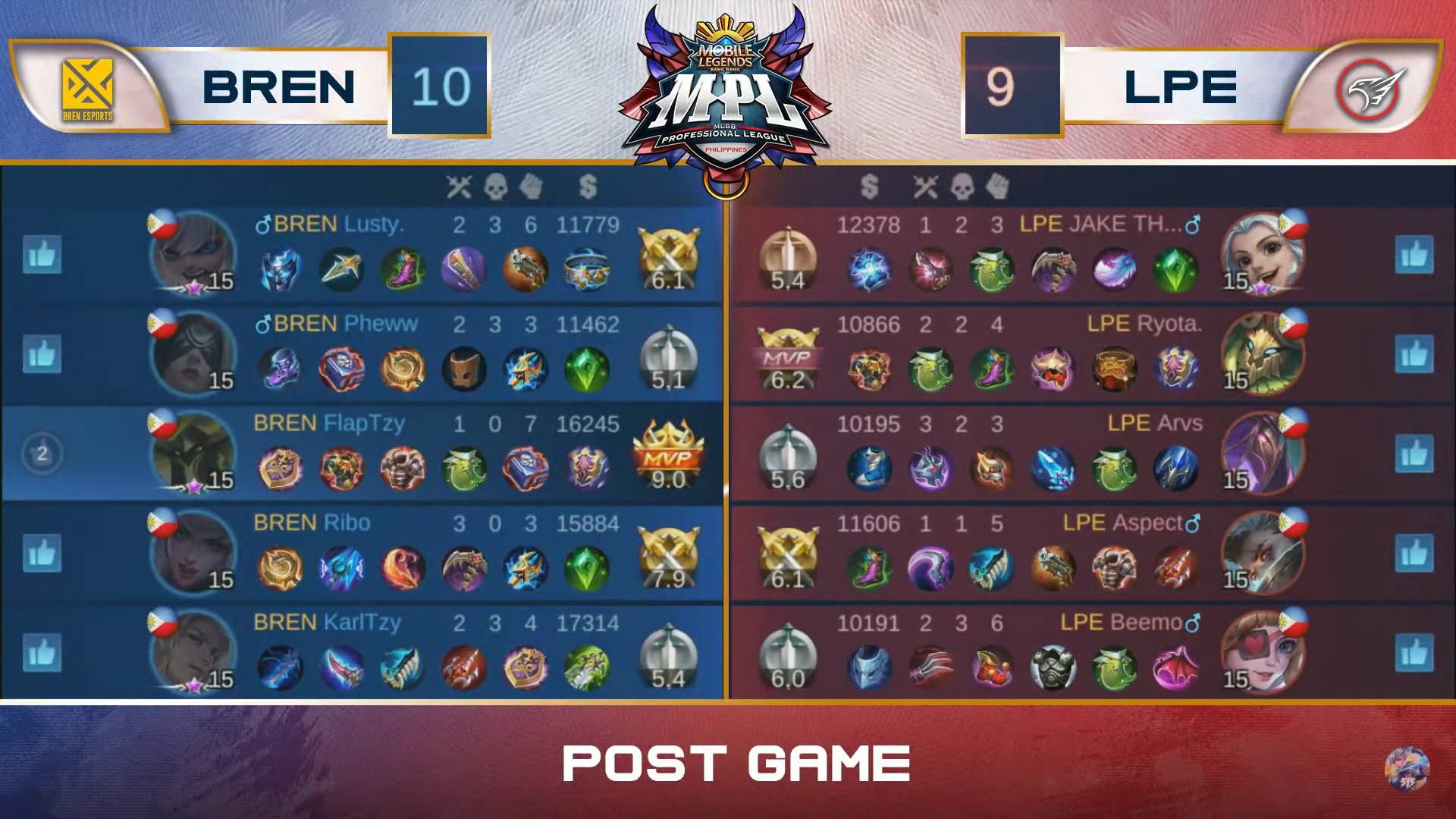 The same discipline was in full display anew for Bren Esports in Game Two, as they sealed the sweep at exactly 24 minutes and 23 seconds.

He also won the Smart MVP award with seven kills, two deaths, and eight assists in the 24-15 Game Two win. 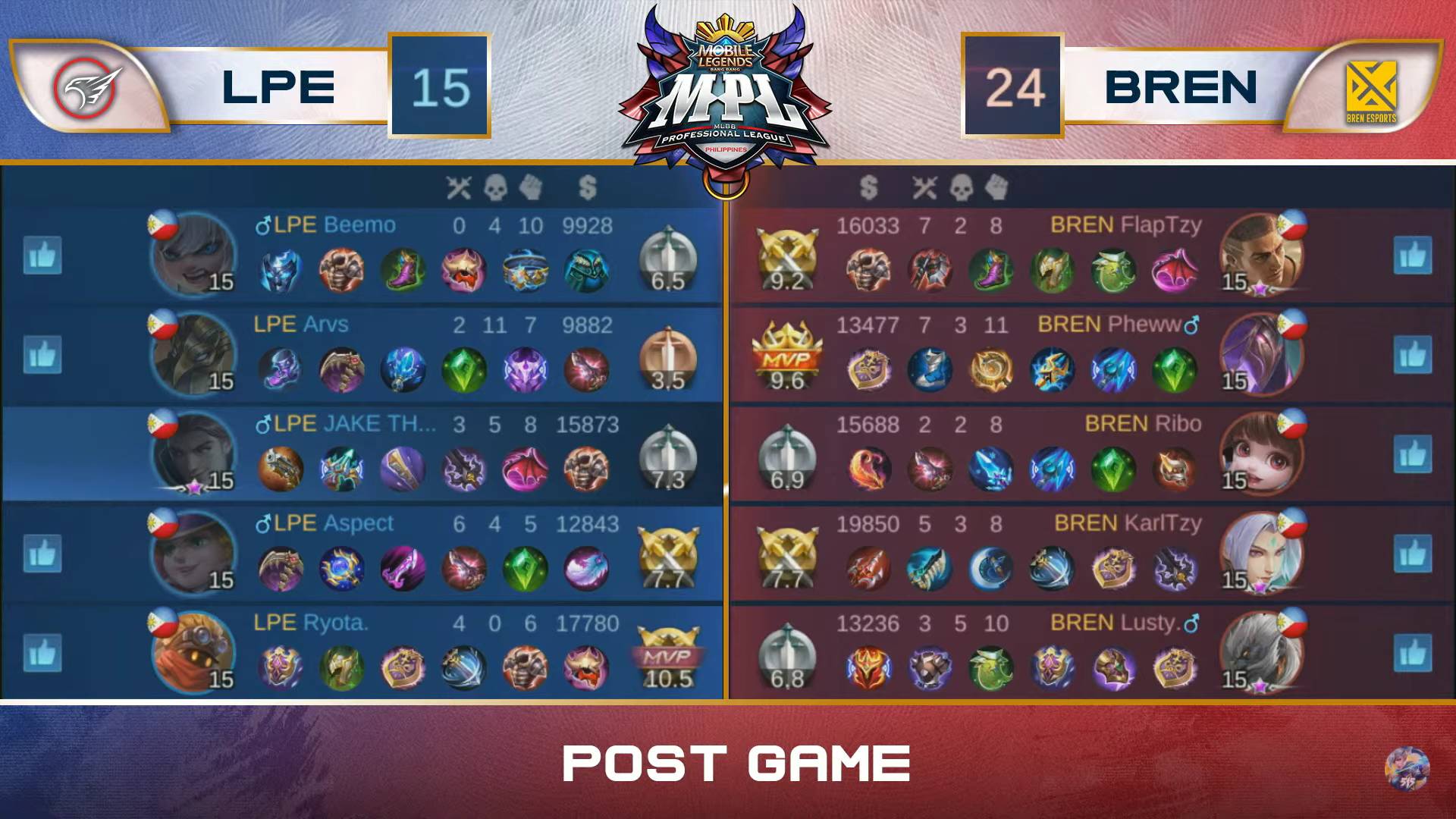 The reigning world champions, who won their second sweep of the season, moved up to third in Group A with 12 points through a 4-4 record. Meanwhile, Playbook remained at the fifth seat in Group B with five points and a 2-5 card.

Bren Esports will go up against the league-leading Blacklist International on Thursday at 6:00 pm. Playbook will take on the winless Cignal Ultra on the same day at 4:30 pm.