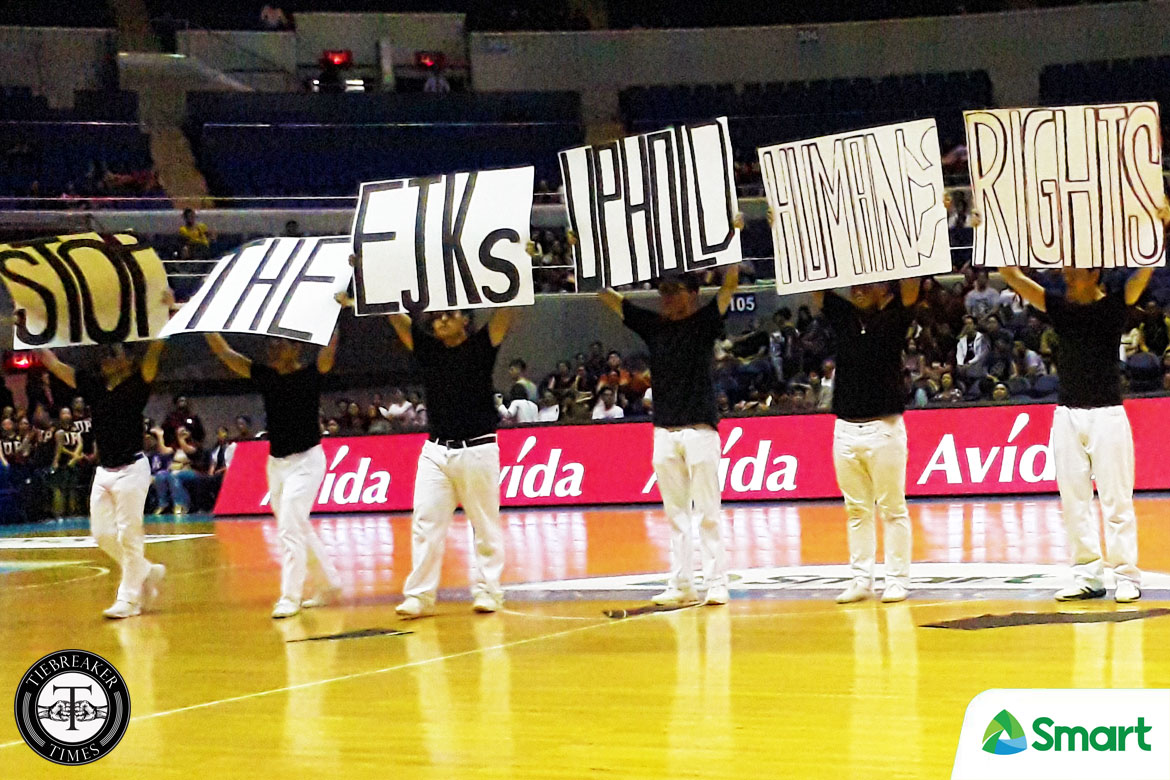 During the halftime break of the match-up between the Ateneo de Manila University Blue Eagles and the University of the Philippines Fighting Maroons, both sides of the gallery were in unison, cheering for the Blue Babble Battalion after its performance, Wednesday evening.

With the Ateneo drummers playing “ONE BIG FIGHT”, seven members of the Battalion held up placards that read “STOP”, “THE”, “EJKs”, “UPHOLD”, “HUMAN”, “RIGHTS”.

Afterwards, the first member of the group held up a sign that had “1,000” on it and tore it up afterwards.

This comes at the wake off the House of Representatives’ approval of just a Php 1,000.00 budget for the Commission of Human Rights for the fiscal year of 2018.

Ateneo have always made it adamantly clear that they are against extra judicial killings.

This is not the first time the Blue Babble Battalion has delved into politics. Last November 30, the Blue Babble protested the burial of Ferdinand Marcos, lifting placards that read, “Marcos is not a hero”.