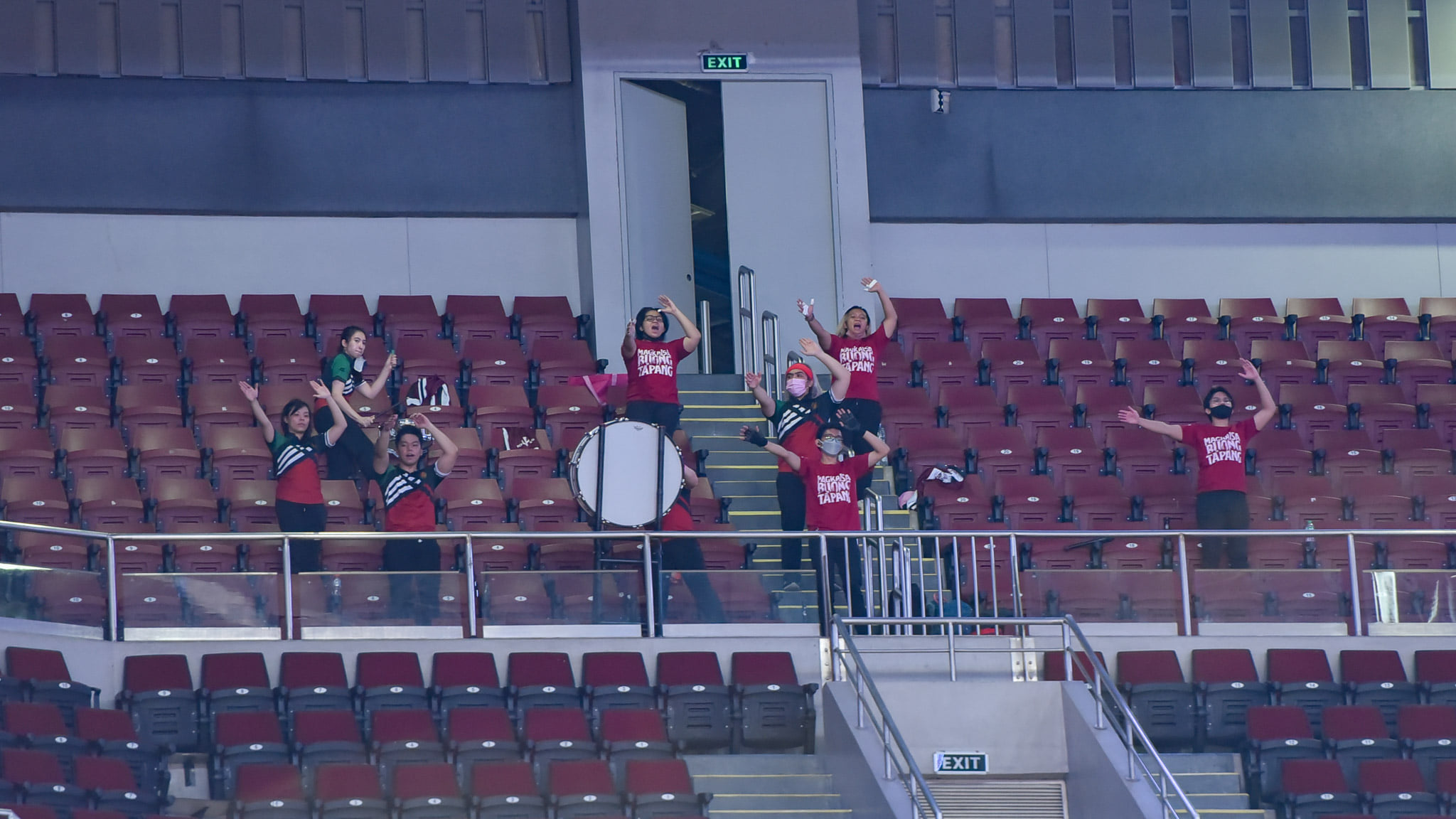 When the UAAP Cheerdance Competition returns to the spotlight on Sunday at the SM Mall of Asia Arena, a vital part of the spectacle will be absent.

The drummers of the UAAP member schools will not be allowed to bring on the drums in this annual event, mainly due to the health and safety protocols in effect, according to season president Emmanuel Calanog.

“Again, the primary consideration is the safety of everyone,” Calanog said. “And part of the consideration is – remember, as compared to basketball, there are technically two schools, two squads that are cheering – these are eight schools cheering at the same time.

“And in our observation this past two months, there are some spectators who sometimes take off their masks and everything. So, some of this [decision] is really health-related when we decided on this.”

Thursday morning, the heads of the drum corps of each university released a joint statement hoping that the league reconsiders their joining.

Prior to the pandemic, the competition allows five snares and six bass drums for each school.

“We humbly ask that the UAAP consider this request and allow us to bring our drums and to be part of the prestigious CDC,” read the statement signed by Ateneo’s Bryan Ferrer, FEU’s CK General, UST’s Emmanuel Nuque, NU’s Kenneth Dela Cruz, Adamson’s Justene Andrieux and Estelle Cerutti, UP’s Ariana Vergara, La Salle’s Harvey Sabaldica, and UE’s Virjohn Antonio. “Drums bring life and excitement to the crowd and encourage every UAAP fan to cheer proudly for their school.

“This CDC will not only bring the UAAP schools together but also rekindle the lost memories that could have been made during the two-year absence of the CDC.”

The appeal is currently at the level of the league’s board of managing directors. And Calanog said that they are looking into it.

“There is an appeal, so we will discuss this with the Board and will decide if we will go back and look at that decision and if this is something worth looking at.”

The Board is hopeful to come up with a decision as soon as possible as the competition takes place in two day’s time.

#ReadMore  Leaving La Salle, F2 was scary for Ogunsanya: 'Pero take it or leave it e'