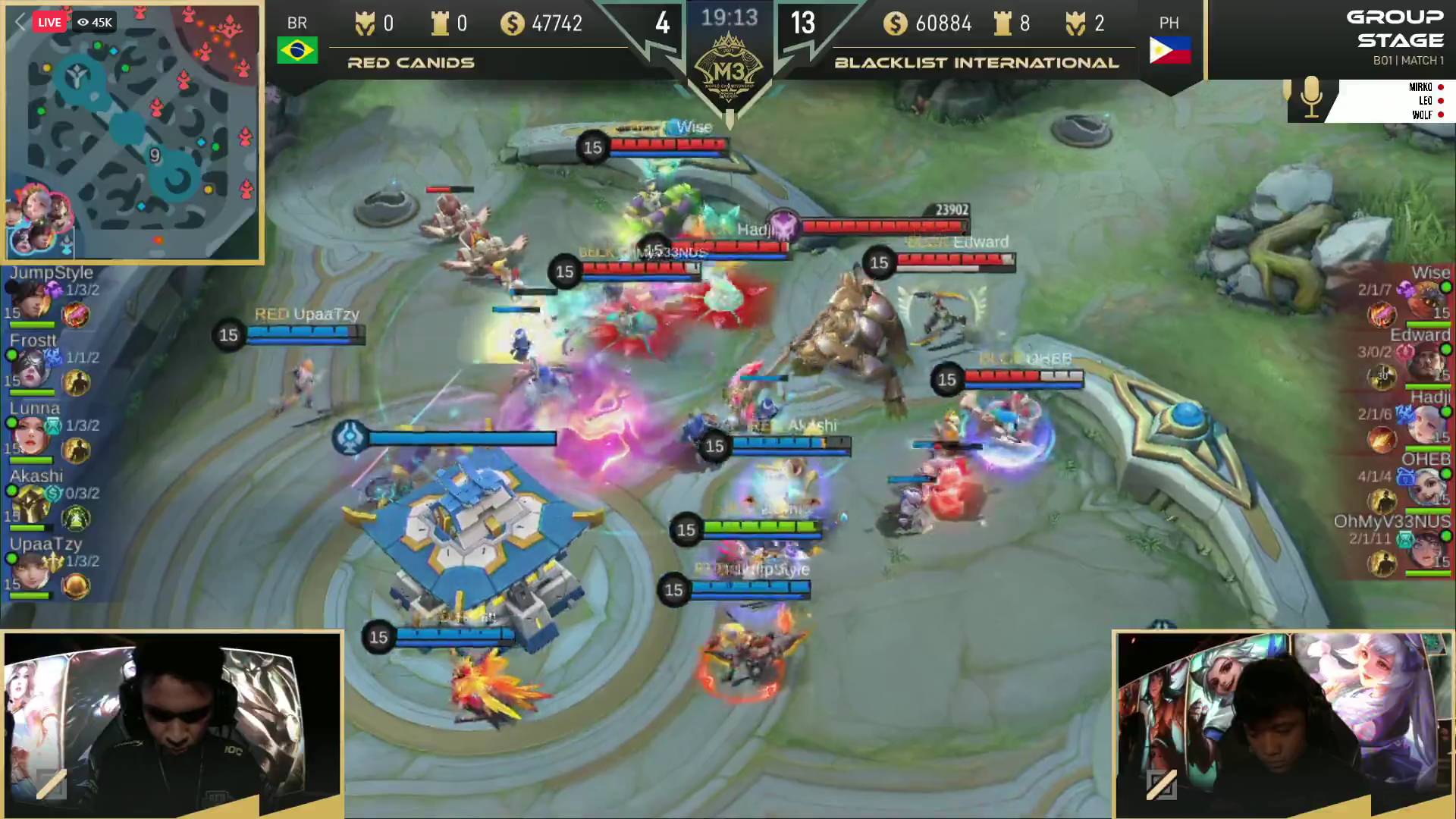 Blacklist International opened its M3 World Championship campaign with a dominant victory over Red Canids in the best-of-one group stage at the Suntec Singapore Convention and Exhibition Centre, Monday afternoon.

The victory gave the Tier One-backed squad the early lead in Group A with a 1-0 standing.

Johnmar “OhMyV33NUS” Villaluna (Mathilda) finished with two kills and 14 assists against just one death in the 16-4 win, which lasted for 19 minutes and 34 seconds.

After breezing through the laning phase, Blacklist International made a run at the Luminous Lord at the 12:21-mark of the match.

The reigning MPL Philippines champion managed to destroy all but one of Red Canids’ base turrets at the 14:42-mark. However, they then retreated to try and starve the Brazilians by freezing the lanes.

A five-man wipe – which started near the Lord pit and ended inside Red Canids’ base – at the 17:45 bagged the win for Blacklist International.

Red Canids dropped to a 0-1 slate in the same group.

The top Filipino squad will take on Bedel next at 4:00 PM. Then they cap off the day against Malvinas Gaming at 6:00 PM.