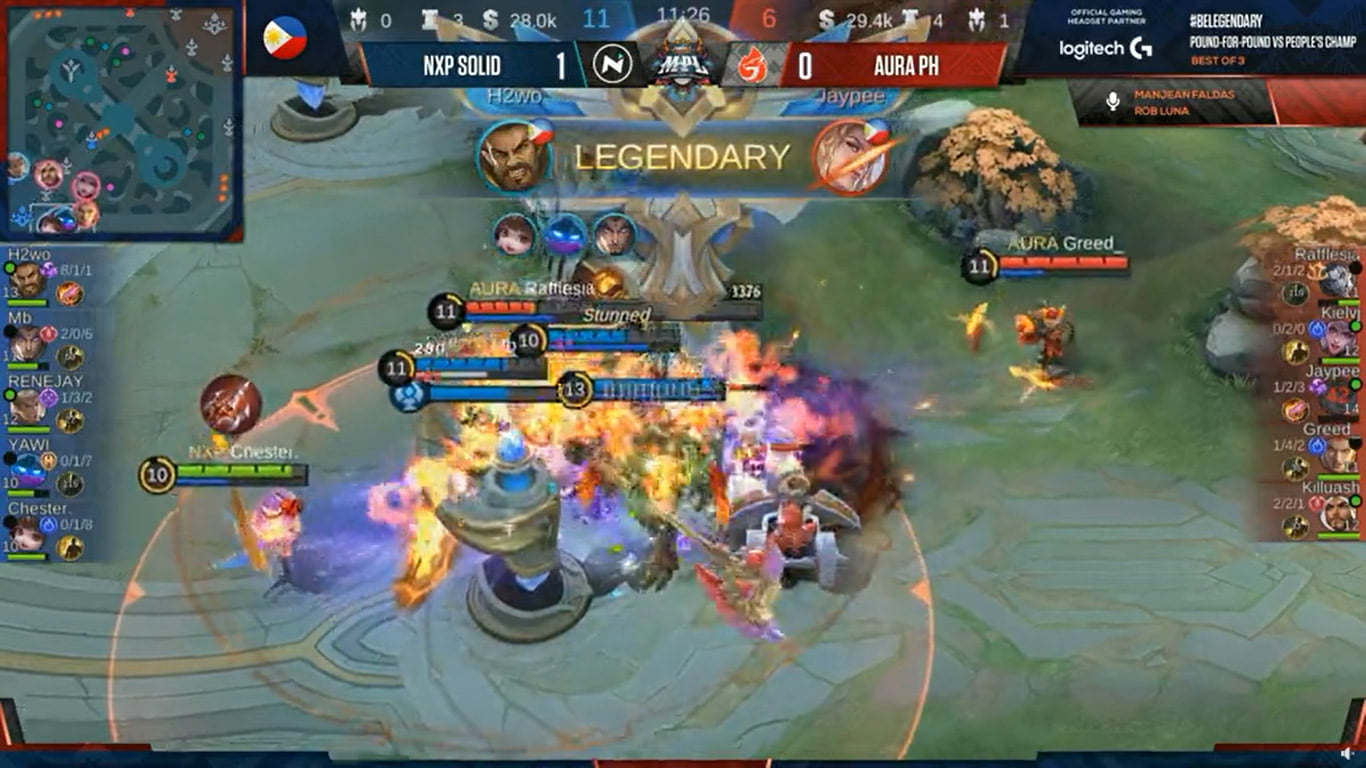 H2wo played Roger with ease, putting up 11 kills and seven assists to spearhead NXP’s Game One dominance over the defending kings of MPL-PH.

With the victory, NXP evened its slate to 6-6 – good for fourth place in Group A with 16 points. This is their

Yawi (Jawhead) and Chester (Baxia) were reliable as ever, providing the much-needed space for H2wo to gather his resources.

Aura PH, who was somehow undrafted in the series opener, struggled throughout the match with their composition. Greed’s Natalia could only do so much against NXP’s sustain line-up composed of the Roger, Jawhead, Baxia, X.borg (Renejay), and Ruby (Mb.). He finished with two kills, five deaths, and three assists.

And with Greed’s movements limited, Jaypee (Yi Sun Shin) had a tough time farming, ending up with a kill, five deaths, and four assists.

Aura was actually ahead in Game Two, but a perfect Fatal Links by Yawi (Atlas) snatched Jaypee (Lancelot) inside NXP’s camp as Mb (Yu Zhong) followed it up with a Furious Dive to seal the game-changing pickoff.

NXP took down the lord in the 15-minute mark of the game, marking the end for Aura PH, who suffered their second loss in 11 outings.

Greed_ (Valir) continued his struggles, as he had a kill, eight deaths, and four assists for Aura, who has 21 points in total.

In other games, Blacklist International dispatched the also-ran BNK Blufire, 2-0, while ONIC PH put on the clamps, stopping Smart Omega’s five-game winning streak via a 2-0 decision.

Blacklist moved up in the Group A standings, taking the second spot from Execration after upping its slate to 6-4 with 20 points. ONIC PH, meanwhile, moved closer to Omega in Group B with a 7-4 standing and 18 points for the third seed.

Omega dropped to a 7-4 standing, settling for 22 points while BNK loss its 11th match in as many outings.