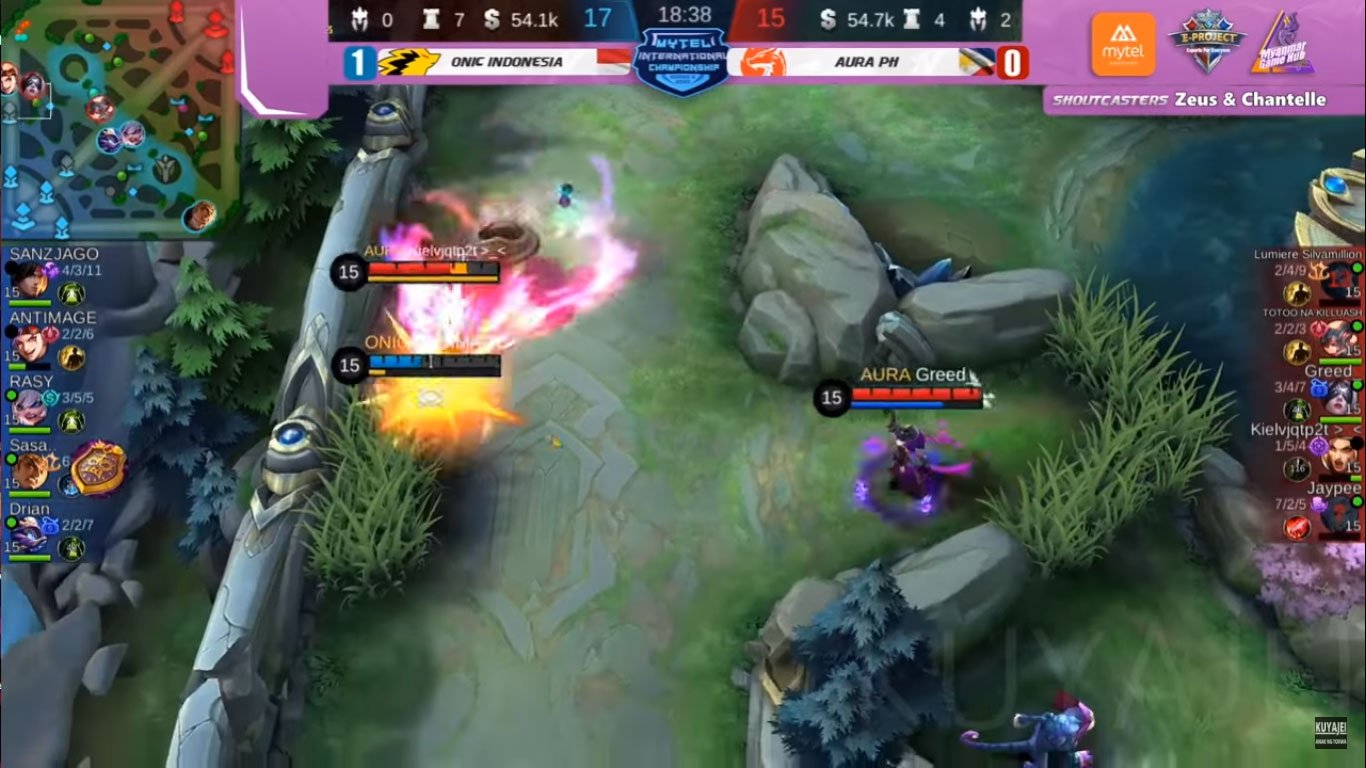 Facing elimination, Aura PH fell behind early in the do-or-die Game Two but eventually to worked their way up through taking down objectives and initiating pick offs.

The Filipinos were able to take down the lord entering the 18-minute mark of the contest, but ONIC Indonesia reacted right away, putting Jaypee (Ling) and Rafflesia (Khufra) after their lord take to force the rest of Aura PH to retreat.

Kielvj (Masha) and Greed_ (Pharsa) tried to ambush ANTIMAGE (X.Borg) up top but failed, resulting in the death of Kielvj. Killuash (Thamuz) and Jaypee came in late but were also killed in the skirmish along with Greed, leaving Rafflesia the only one to defend ONIC’s siege.

On the other hand, Jaypee spearheaded the defending champion’s tough stand with seven kills, five assists, and three deaths. Greed had three kills, seven assists, and five deaths while Kielvj was limited to just a kill and seven deaths.

ONIC Indonesia will face EVOS Legends in the championship round later in the day.