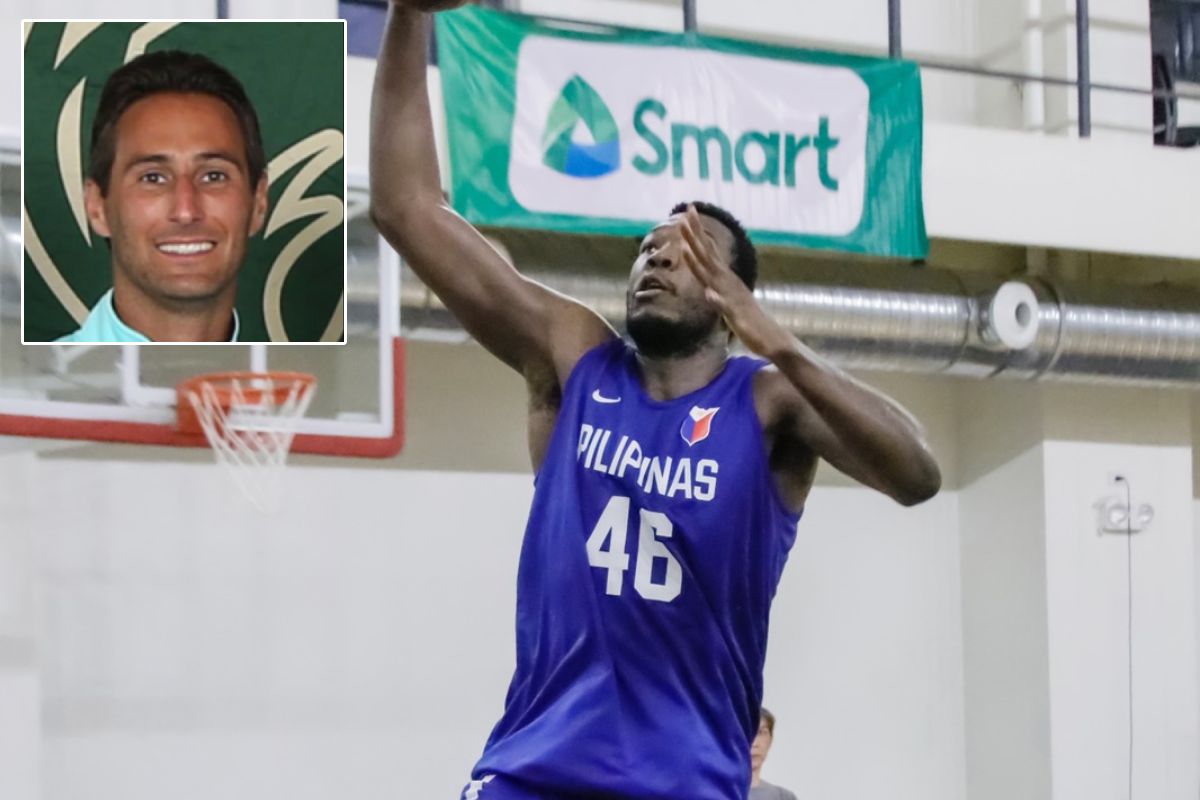 Angelo Kouame had earlier confessed that several teams from Asia, Europe, and the G League have already inquired about his service.

But there’s an NBA team taking a good look at him.

According to Gilas Pilipinas Men program director Tab Baldwin, the Milwaukee Bucks have been giving a hard look at the 6-foot-11 naturalized Filipino.

“While we know that Ange is not at that level now, we also know that the Milwaukee Bucks have scouts watching him,” the American-Kiwi tactician bared about the 23-year-old.

With Ateneo, Kouame has evolved every year.

During his rookie season, he already showed great timing on defense. Then in his second year, he started to develop his offense, consistently knocking down the midrange jumper.

In 2020, he developed good range from deep while also bulking up.

“We know the potential is there, but potentially takes time to evolve and be realized with a lot of hard work. And Ange has never been afraid of putting in that hard work,” continued Baldwin.

Milwaukee is one of the NBA teams that has become an elite squad due to good drafting.

Matt Bolero is the team’s head of scouting, while international scouts are Kornel David and Paulo Motta.

Still, Kouame is focusing on the task-at-hand with Gilas Pilipinas first. Moreover, he is planning to play at least one more year with Ateneo before deciding on whether he will go pro.

“I think I’m gonna go overseas, but of course it will depend on how it’s gonna be and what my role would be in the team. But it’s all about my growth, and me learning more about the game, studying, and getting better.

“But you know, we’ll see what’s coming and what happens in the coming two years,” the soft-spoken cager told 2OT powered by SMART.