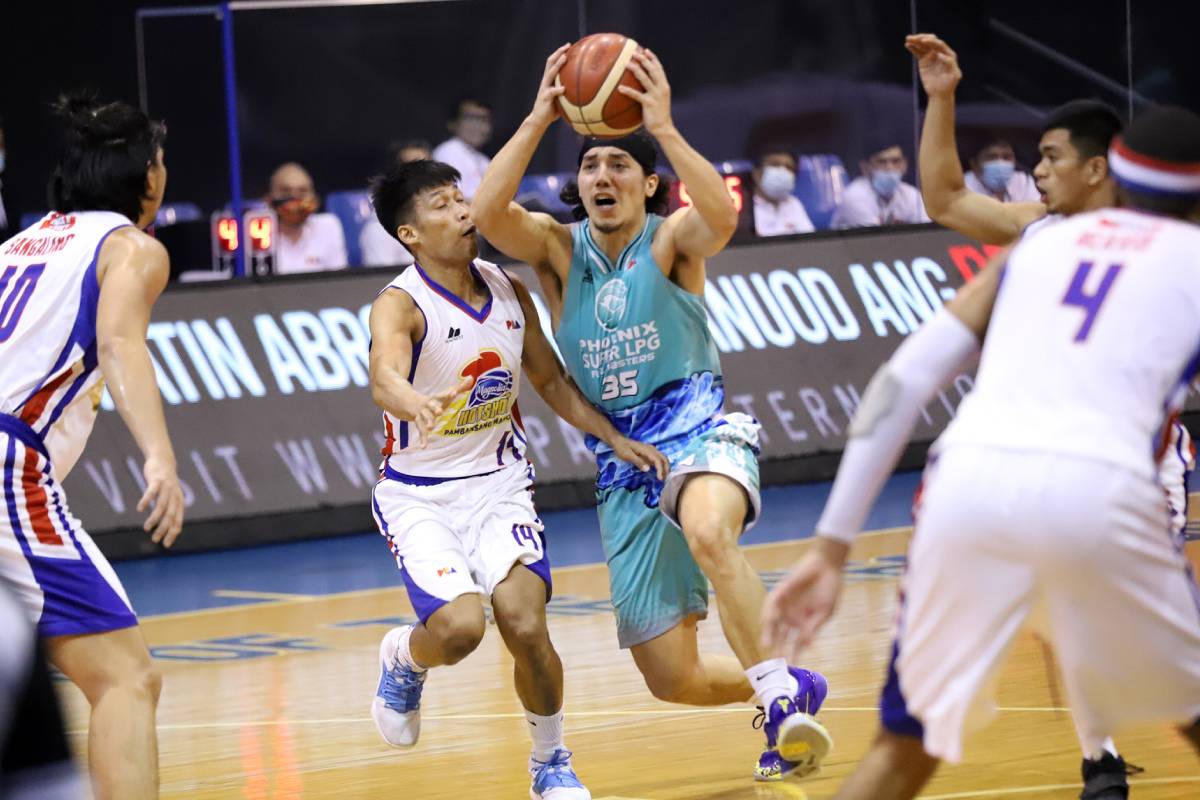 SMART CLARK GIGA CITY – Matthew Wright came through in the clutch to lift Phoenix Super LPG past Magnolia, 89-88, to march onto the 2020 PBA Philippine Cup semifinals Saturday night at the AUF Sports and Cultural Center.

The Fil-Canadian sniper buried a one-legged runner from beyond the arc with 9.3 seconds left to play to give the Fuel Masters the lead, and eventually the victory that ended the Hotshots’ impressive run in the conference.

Wright finished with a game-best 32 points, on top of nine assists and five rebounds in an MVP-caliber outing as Phoenix made great use of its win-once incentive to book its second straight all-Filipino semis trip.

“I don’t know how he made that shot. He just told me after that shot, ‘You trust me, Coach.’ I said, ‘With all my heart.’ And that’s just something special, so magical,” expressed an in-awe head coach Topex Robinson.

Jason Perkins finished with 16 points, six rebounds, and three assists for Phoenix, as he was the one who went toe-to-toe with Ian Sangalang down the stretch that saw them exchange buckets to force multiple ties.

The 6-foot-7 Sangalang, though, appeared to have put Magnolia in a position to force a decider on Monday when his fallaway bucket put his side up by a field goal, 88-86, with 1:59 remaining in the game.

The Hotshots also made a stop moments later when Rome Dela Rosa deflected an inbound pass, and things appeared to go their way when Calvin Abueva missed both of his charities with 47.4 seconds on the clock.

The do-it-all forward, however, would make up for it big time when he intercepted the entry pass of Mark Barroca before calling for a timeout with 26,1 seconds ticks left, and that paved the way for Wright’s heroics.

The 29-year-old calmly made the wild shot — which he made as the shot clock was winding down — that made the bench erupt in celebration while he jogged to the other end and appeared to have stared down the Magnolia bench.

The Hotshots, though, had one last chance to steal the game. They went to Paul Lee for the last shot but his sidestep jumper missed, and Abueva was there to collar the rebound to seal the victory.

Abueva finished with only six points but there was no denying his impact in the match, most especially in crunch time. The 32-year-old also collected eight rebounds, two assists, two steals, and a block.

“It’s just magical for us,” said Robinson, who was promoted to head coach last November after serving on an interim basis. “We’re just so blessed to be here, to grind it out with one of the best teams, a well-coached team.

“Credit goes to Coach Chito and the rest of the coaching staff for really giving us a sobering good experience for us that we’re gonna bring as we go along in the semis,” furthered the youthful bench tactician.

The Fuel Masters will face no. 2 seed TNT in the best-of-five semis series that starts on Wednesday, Nov. 18. The Tropang Giga, who took down Alaska earlier, beat them in the eliminations, 110-91, last Oct. 19.

“The more we play the best teams, just like what Matthew said, the better it is for us. We’re always going to be the best version of ourselves, and we’re gonna take our chances against TNT. We’re just happy campers,” Robinson said.

“We told our team we’re gonna stay here until December, so the longer we get a chance to stay here and inspire other people, we’ll be happy for it. We overachieved. We’re just enjoying it,” he added.

Lee led Magnolia with 17 points, six assists, and five rebounds in the loss that not only ended their fiery six-game winning streak in the bubble but also foiled their bid of making it to the Finals for the third consecutive season.