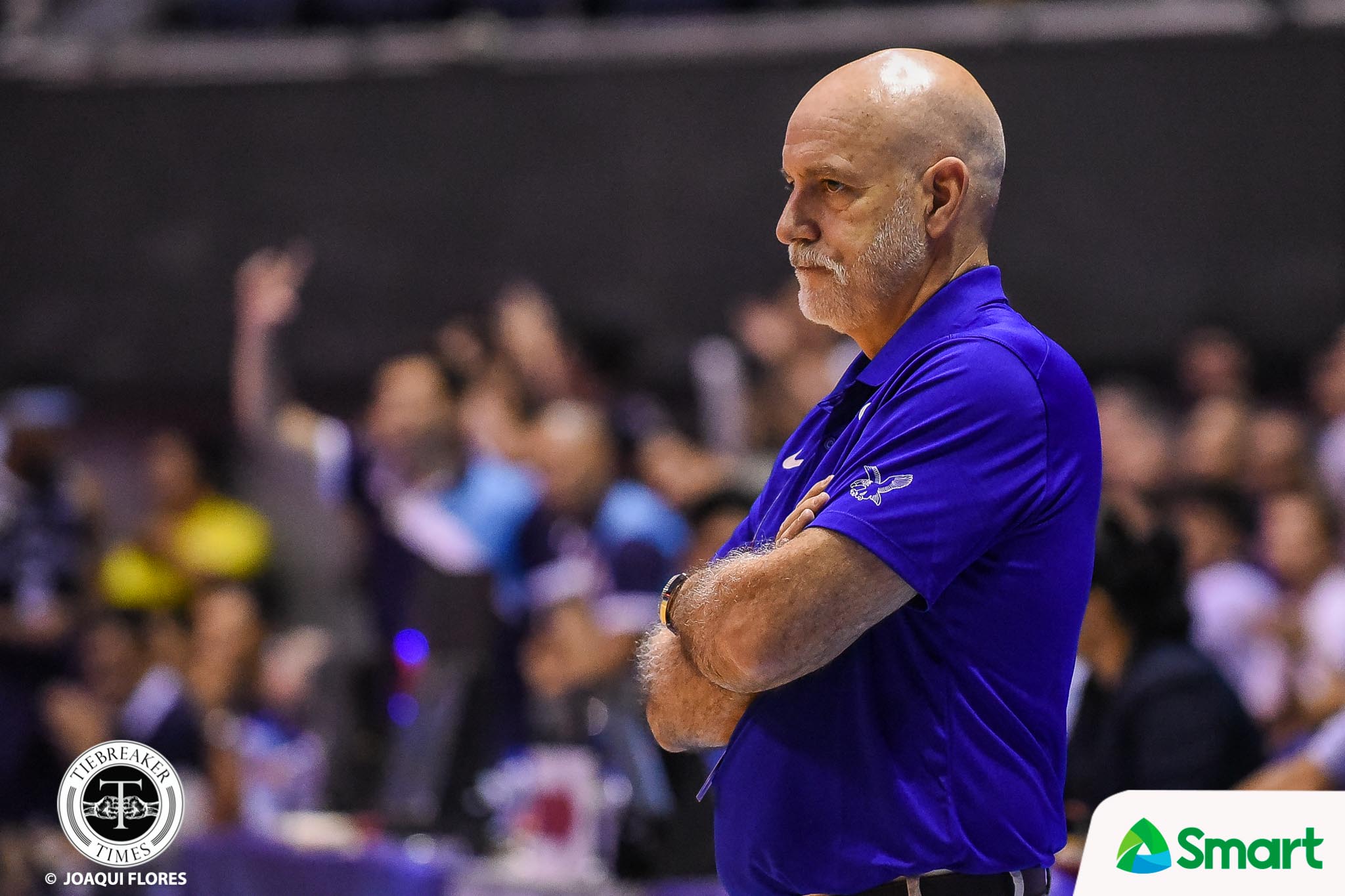 That is the question in the minds of many after Tuesday, when the PBA handed down its sanctions on Tab Baldwin for issuing statements “detrimental to the league”.

Baldwin, who’s listed as an assistant coach for TNT, had been fined P 75,000 and will serve a three-game suspension should the league resume Season 45.

For Commissioner Willie Marcial, he only hopes to see the end of this saga that has dominated the headlines for days now.

The former Gilas Pilipinas head coach irked the league with his remarks on its officiating and import policies, which he made in Tiebreaker Vodcasts’ Coaches Unfiltered last week.

In the podcast, the concurrent Samahang Basketbol ng Pilipinas 5×5 program director said that the PBA’s single-import conference is a “big mistake”.

Baldwin also said that PBA coaches are “tactically immature”, and accused the PBA referees of giving all of the rules latitude to imports.

The American-Kiwi mentor, though, already aired his side and apologized to Marcial and other league officials via Zoom on Monday.

Baldwin said he gave his commentary when asked “what surprised me when I first came to the Philippines”, and that his comments were taken out of context.

It may take some time for Baldwin to smooth things out with those offended, but Marcial is optimistic that it will take place the soonest.