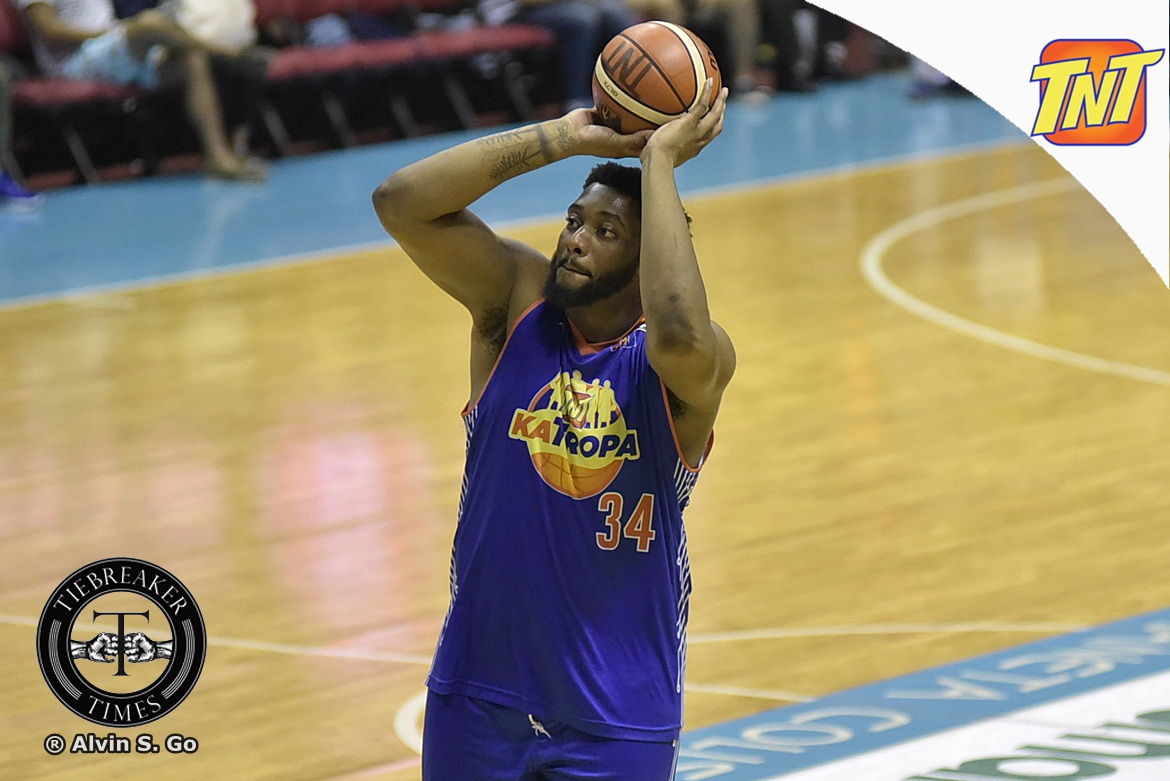 Joshua Smith admitted that the TNT Katropa’s morale after Sunday night was low. They have every reason to feel that way, though, as they had bowed to San Miguel Beermen and are now down 1-2 in the 2017 Commissioner’s Cup Finals.

“Some guys are down. I mean, we didn’t play our best today,” lamented the burly 25-year-old native of Washington, moments after their 109-97 loss in Game Three infront of over 10,201 people at the SMART-Araneta Coliseum.

‘Not playing their best’ in Game Three was referring to the way the Katropa handled the ball, as rued by Smith, who finished with 18 points, 14 rebounds, and two blocks, but inadvertently committed three turnovers.

“We turned the ball over 23 times and they got 26 points off it. That’s the name of the game right there,” bluntly said the former Georgetown Hoya and former NBA D-Leaguer.

“They played harder than us.”

Despite the 1-2 deficit in the best-of-seven series, Smith, who is now averaging 16.7 markers and 9.7 caroms in the series, keeps a positive outlook.

“We just gotta keep our heads up,” said Smith.

But even if the team’s morale is down, Joshua Smith, who is still battling a right foot injury, needs to finish what he started.