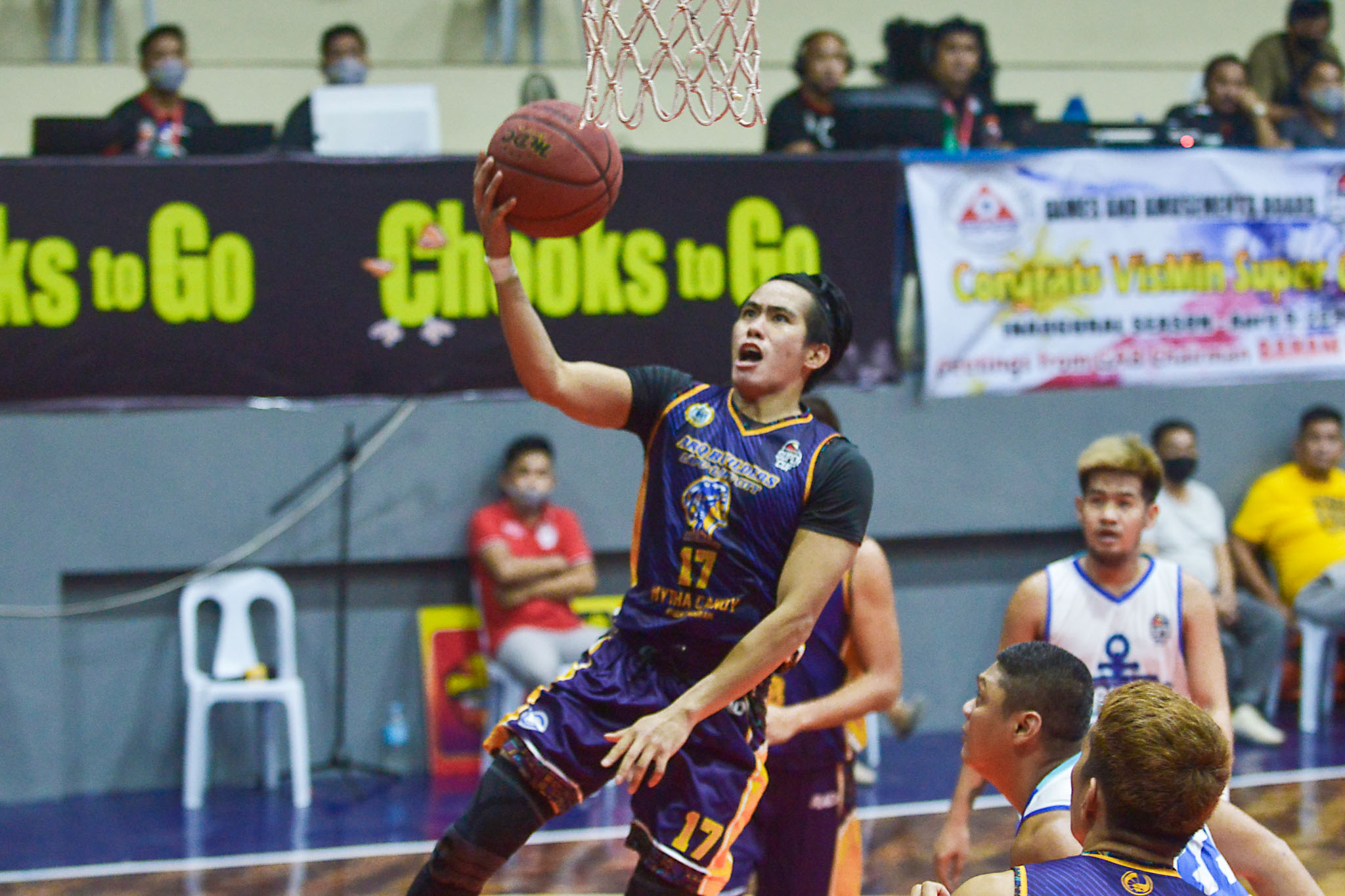 ALCANTARA — ARQ Builders Lapu-Lapu finally got its full squad back as it pushed against Tubigon Bohol Mariners with a 101-67 in the last game of the Chooks-to-Go Pilipinas VisMin Super Cup elimination round, Friday at the Civic Center in Cebu.

With their squad finally complete following the return of veteran guard Jerick Cañada, ARQ got going in the second period. They held Bohol to a measly four points while rattling off 21 of their own to erect a 41-25 halftime lead.

The offensive explosion then continued for ARQ in the third period. Guards Reed Juntilla and John Abad poured it on to help them establish a massive 27-point lead en route to the lopsided win.

ARQ assistant coach Jerry Abuyabor said that he and the rest of the team can breathe a little easier knowing that their team is finally complete.

“Sobrang nakakaginhawa,” said Abuyabor. “Finally, the team now back. Hopefully, this would be our spring board to the semis and sana tuloy-tuloy na.”

Rendell Senining, who was at the center of the controversy that hounded the league early on, gained some semblance of redemption in the game. He led ARQ with 20 points and seven rebounds.

“This meant a lot for the team,” Abuyabor shared. “The whole team was happy for Rendell. Nagkaroon siya ng chance to really prove his game.”

ARQ finished the elims with an even 5-5, good enough for third seed in the playoffs, which starts tomorrow.

The Heroes will be taking on this very same Mariners squad — which ended up with a 2-8 record — in a knockout game in the stepladder phase of the playoffs. Tip-off is at 3 p.m.

On the other hand, Joseph Marquez paced Bohol with a double-double of 19 points and 11 rebounds.

In the other bracket, the fourth-seeded Tabogon Voyagers will face off against the fifth-seed, Dumaguete Warriors, in the other playoff game slated at 7 p.m.

The winners of Saturday’s games will clash in a winner-take-all game on Sunda. That will determine who will face off against the KCS Computer Specialist-Mandaue, who will have a twice-to-beat advantage, in the semifinals on Tuesday.