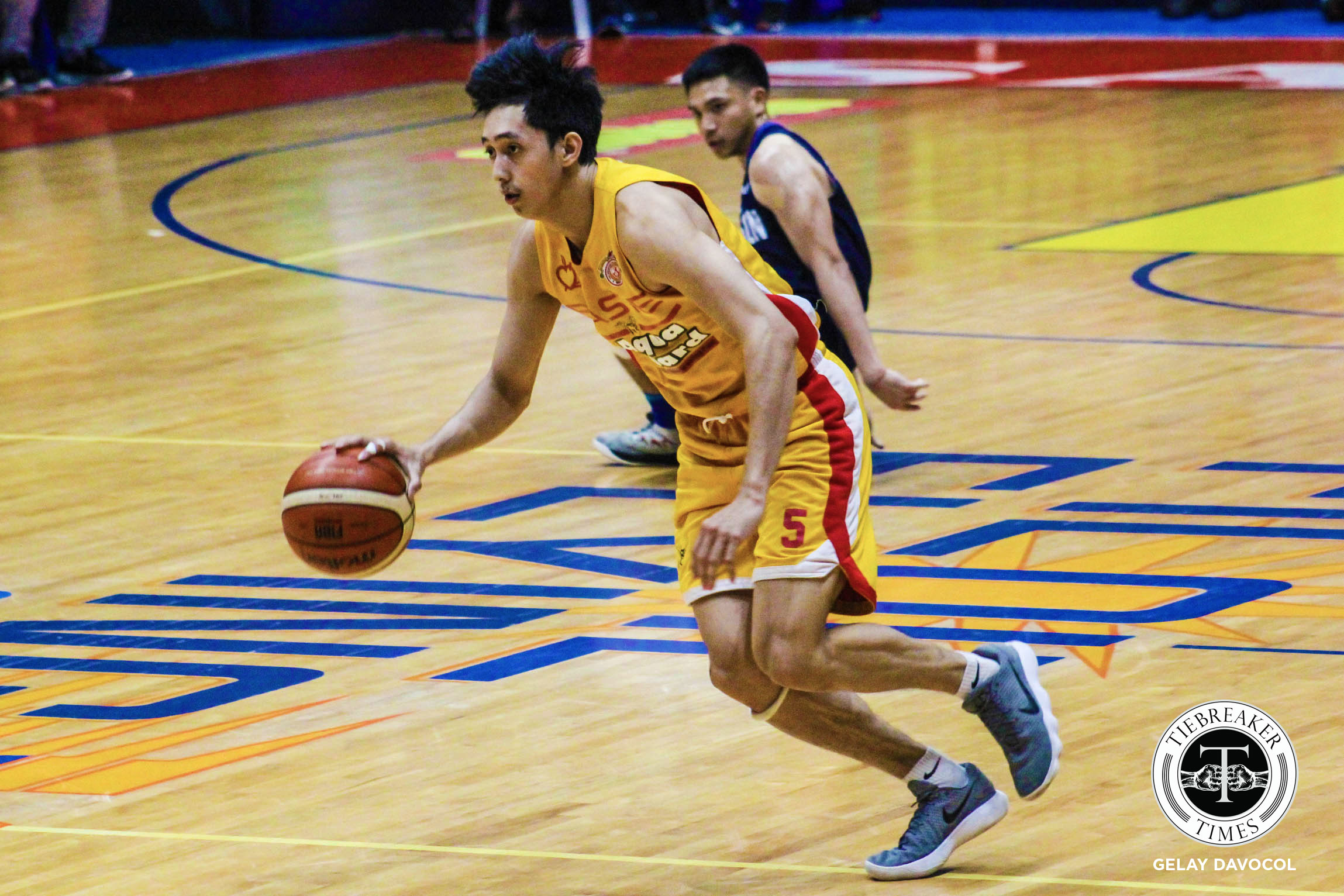 With their playoff hopes hanging by a thread, the San Sebastian College-Recoletos turned to Allyn Bulanadi as they out-hustled UAAP powerhouse Adamson University Soaring Falcons, 89-84, in the Filoil Flying V Preseason Cup in San Juan.

Bulanadi exploded for 25 points, five assists, and five rebounds for the Stags. However, despite Bulanadi’s huge performance, it was Michael Calisaan who delivered the crucial baskets for San Sebastian. Calisaan scored four points in the final seconds of the game, including a floater in the 23.5 seconds mark of the final frame to seal the win for the Stags.

The Stags’ tenacious defense limited the Falcons to a subpar 36 percent shooting from the field.

“One factor talaga if we talk about Adamson is we have to take care of the ball. Magaling sila mag-trap ‘saka malalaki, mahahaba,” he added, as the Stags garnered 21 turnovers that resulted in18 turnover points for the Falcons.

San Sebastian’s win gave them a 4-3 card, which ties them with NCAA rival Letran Knights at the fourth spot.

Calisaan posted a double-double performance for San Sebastian with 15 points and 14 rebounds, while RK Ilagan added 15 points and five assists.

Manganti and Espleta scored 27 points combined to lead Adamson’s 46-point output in the second half. However, it was not enough, as the Falcons succumbed to their second loss in the tournament, giving them a 5-2 card.

The Falcons fell to third place in group B, behind the Far Eastern University Tamaraws and College of St. Benilde Blazers. 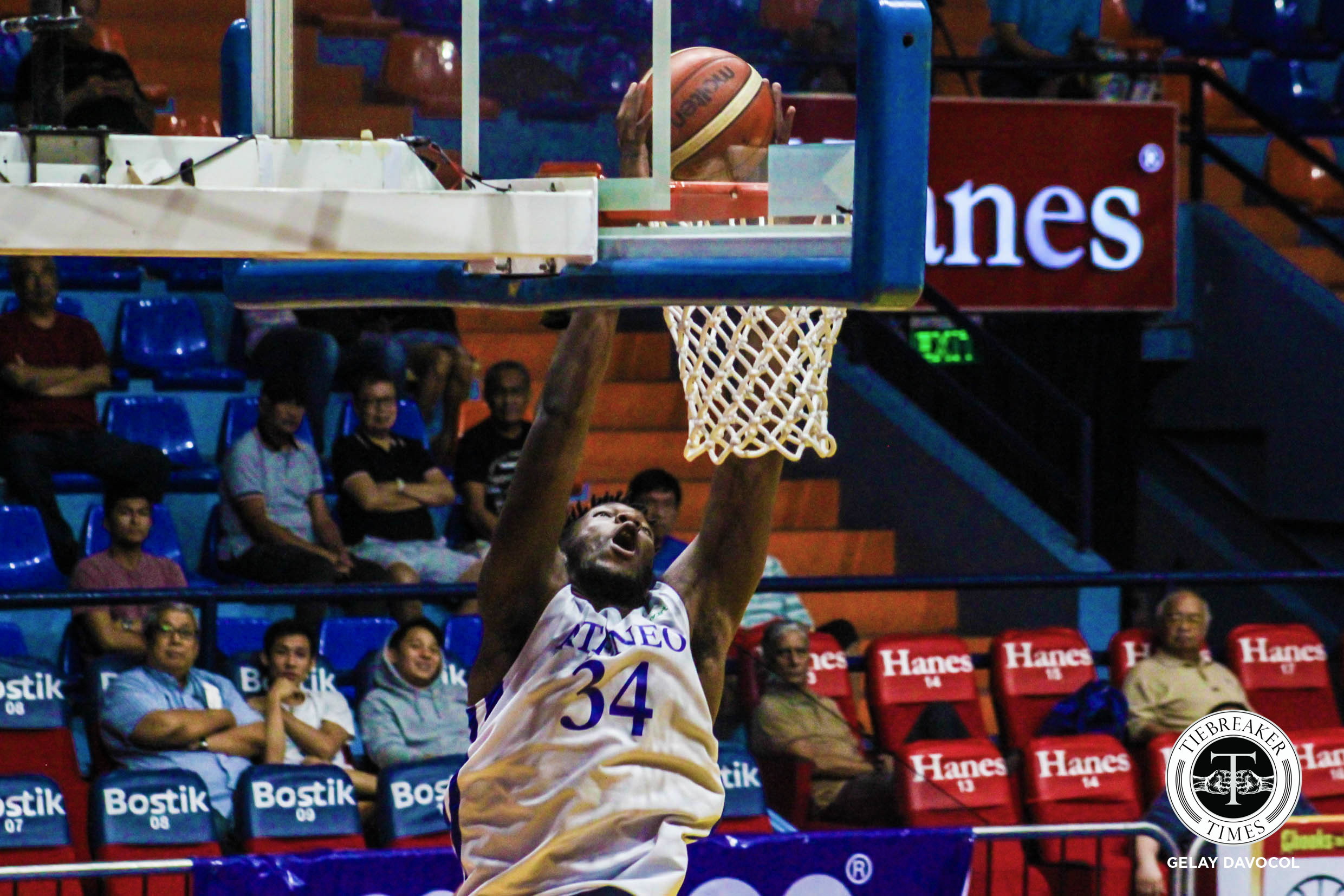 After scoring the most lopsided win in Filoil history, the Ateneo de Manila University Blue Eagles once again proved their supremacy after handing the Mapua University Cardinals a 44-point beating, 99-55, to win their eighth straight victory in the tournament.

With the win, the Blue Eagles now stand at a perfect 8-0 record at the top of group A, while the Cardinals suffered their fourth loss in seven outings.

Eric Jabel paced the Cardinals with 12 points and four rebounds. Lawrence Victoria and Christian Bunag added 12 and 10, respectively for Mapua.

Edward Dixon and the College of Saint Benilde Blazers outgunned the Colegio de San Juan de Letran Knights in overtime, 89-88, to pick up their sixth win in the tournament.

With 32.7 seconds remaining in the game, Jeo Ambohot stole the ball from Clement Leutcheu to give the Letran the lead, 88-87. However, in the next possession, Bong Quinto fouled Edward Dixon in the paint. Dixon then iced the game by converting both of his free throws, 89-88.

Dixon tallied 21 points, nine rebounds, and four assists for the Blazers. Justing Gutang scored four of his 13 points in overtime. Clement Leutcheu provided the Blazers a steady presence inside and collected 11 points and 14 boards.

Letran – who dropped to the fourth spot in group B – were led by JP Calvo with 17 points and 6 rebounds. Bong Quinto scored 16 points on a disappointing 4-of-17 shooting from the field. 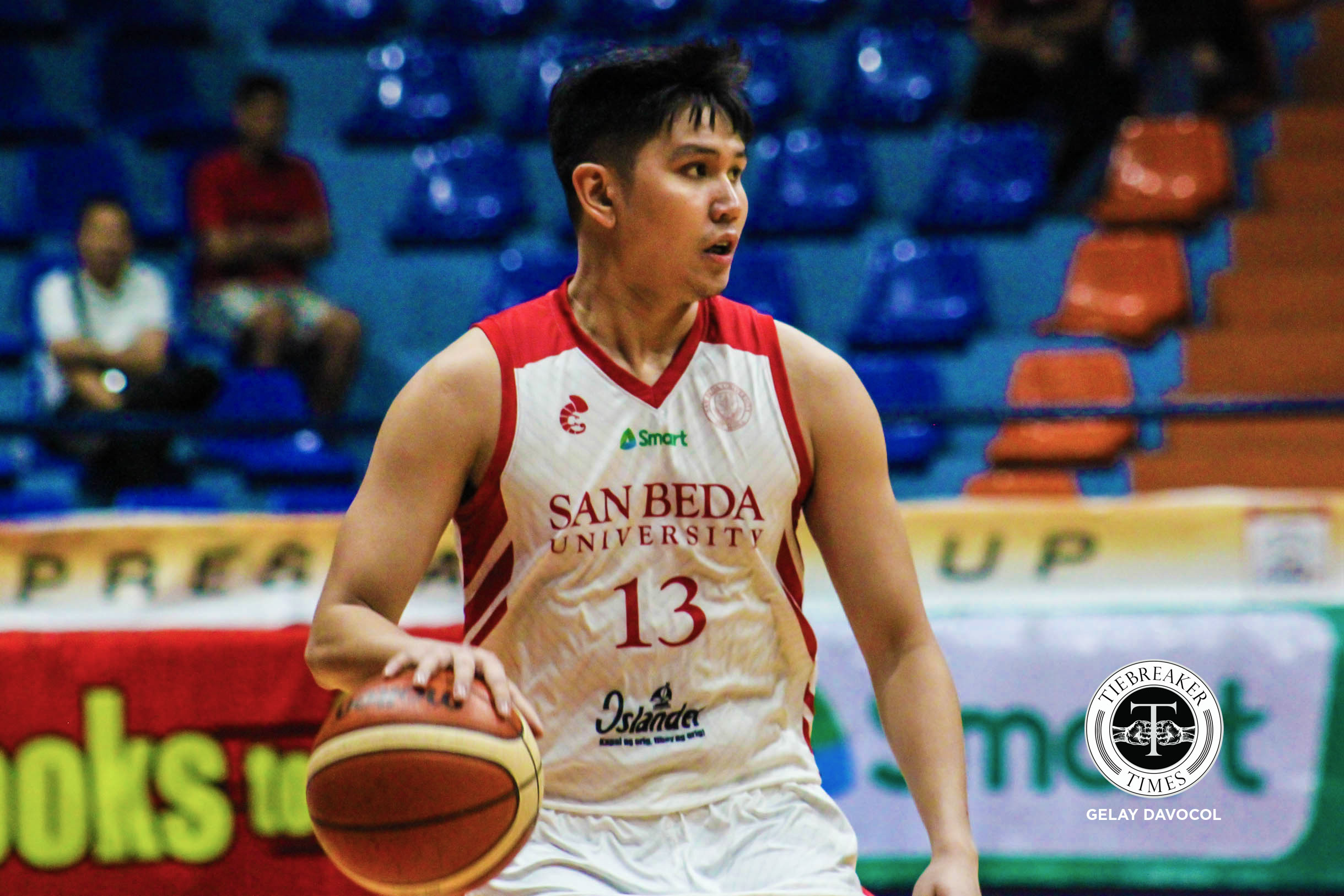 The San Beda University Red Lions were able to pick up their fourth win of the tournament at the expense of the University of Perpetual Help System Dalta Altas, spoiling coach Frankie Lim’s first game against his former team, 74-68, in the second game of the afternoon.

Jomari Presbitero carried the offensive load with 16 points. Donald Tankoua added 12 points and 15 rebounds, while Robert Bolick notched 11 points for the Red Lions, who now sit at 4-2 in group A.

Prince Eze paced the Altas with a monster double-double performance of 18 points and 19 rebounds. However, Eze’s big game was not enough, as Perpetual gathered their sixth loss in seven outings.

In the Hanes 1-on-1 King of the Hardcourt, Benilde’s Prince Carlos eliminated Arellano’s Maui Sera-Josef, 15-11, to advance to the semifinals round.

Meanwhile, Letran’s Jeremiah Taladua out-muscled Ateneo’s Jason Credo, 11-10, to notch the first slot in the championship round. Taladua will face either Prince Carlos or Daniel Aguirre of Mapua.

READ  It's no longer about wins or losses for the Knights