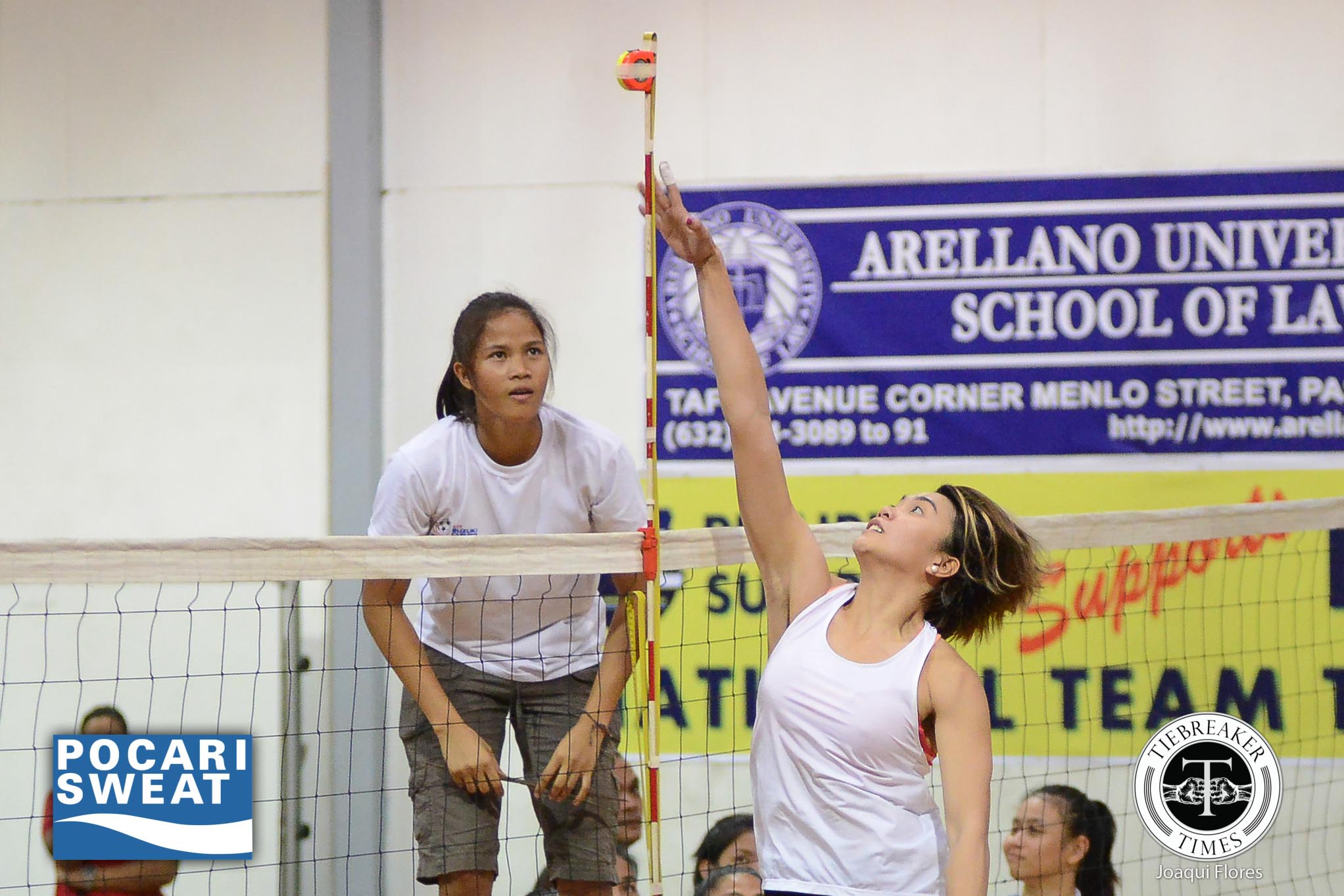 Only 17 of the 40 invited women’s indoor players will join the Philippine National Volleyball Federation’s tryout for the national team on Wednesday in Subic.

All the 17 players — headlined by Aby Maraño and Majoy Baron — have undergone their RT-PCR testing in Pasay last Monday.

Eleven of the national team aspirants are still student-athletes. Some of the confirmed names from the pros include Iris Tolenada and Jaja Santiago.

“Some players from the PVL Clubs are not joining the tryouts for reasons that were due to COVID-19,” said Liao.

“They have cited health concerns as their reason.”

In a release by the Games and Amusements Board, the two Rebisco-owned teams have entered their training bubble at St. Paul American School in Clark Freeport Zone, Tuesday. They are currently undergoing quarantine procedures as they wait for another negative RT-PCR test.

For the men’s side, Bryan Bagunas had already notified the federation that he cannot attend. He is still nursing an MCL injury he sustained during Oita Miyoshi’s penultimate game of the season in the V.League.

Majority of the men’s indoor and beach volleyball invitees have confirmed their attendance.

Those who are attending the tryouts for the women’s indoor team will most likely be guaranteed a slot in the 25-person pool for the Southeast Asian Games, which will be announced on May 7, Liao bared.

The Philippine National Volleyball Federation will call up the entire pool of the national beach volleyball teams as early as May 15. This as...