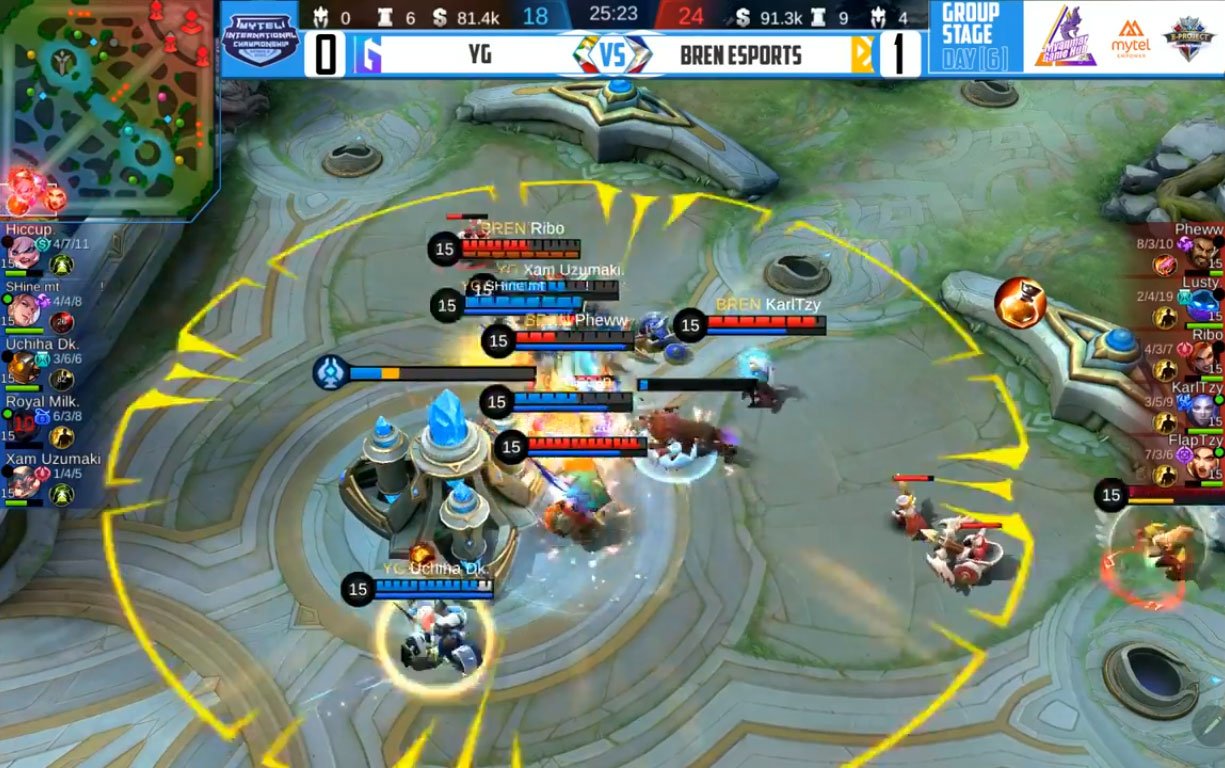 Pheww – who played the core position during his time with Cignal Ultra before being assigned to a support/offlane role in BREN – proved that he can still thrive in his old position, leading BREN to a 2-0 sweep over YG.

The SEA Games gold medalist was named Most Valuable Player in both games. He played Ling in the opener with a KDA of 8/1/8 while also finishing with eight kills and 10 assists laced with three deaths in the second match using Roger.

“As for Pheww’s performance, I have never expected less from him. He is definitely one of the well-versed core players in the country for now. While all these are true, Pheww still feels he has alot of things to improve on and learn along the way. This switch, means we can now play with our roster’s individual strengths and deepen the chemistry we are trying to build,” said BREN head coach Francis Glindro.

“Since the both of them [Pheww and KarlTzy] have a really wide hero pool, I thought to give it a try and the recent show they put up against Myanmar’s Yangon Galacticos and Malaysia’s GeekFam proves it was worth the shot,” he added.

The MPL-PH third placer then made quick work of Geek Fam Myanmar, taking two lopsided victories to solidify their place in the playoffs.

In the series-clinching Game Two, BREN, despite being ahead by just one in kills, managed to take a huge advantage in the gold department through objectives entering the six-minute mark.

BREN Esports will be facing fellow Filipinos Aura PH in the lower bracket playoffs on July 27.

ONIC PH, on the other hand, will square off against EVOS Singapore on the same day.