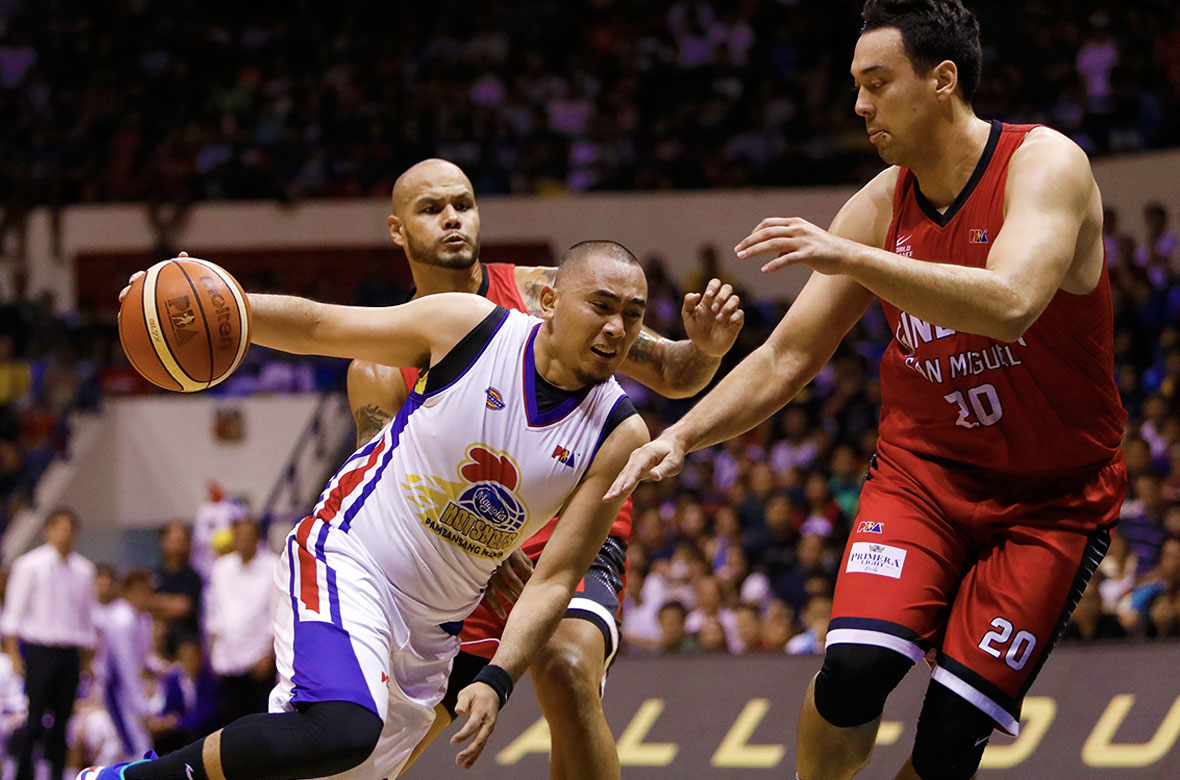 But two nights later, he redeemed himself in the best way possible.

The lethal 6-foot-1 gunslinger coolly sank his free throws with 13.7 seconds left to help the Hotshots take down the Gin Kings’ two-year reign in the season-ending conference, through a scintillating 112-108 victory at the Ynares Center.

But Lee’s outing is additionally impressive since he was playing through significant pain. The 29-year-old was having problems with his right knee, and his status for Game Four was up in the air until Friday morning.

But Lee downplayed the injury.

“Wala naman. Nothing serious,” said the second overall pick by the Rain or Shine Elasto Painters in 2011.

Lee and the Hotshots are currently in a frenzy, as they head into their second Finals trip this season, and await the winner of the Alaska-Meralco tiff. But the seven-year pro insisted that their job isn’t done yet.

Justin Brownlee after Ginebra was dethroned: ‘You definitely can’t win it all’