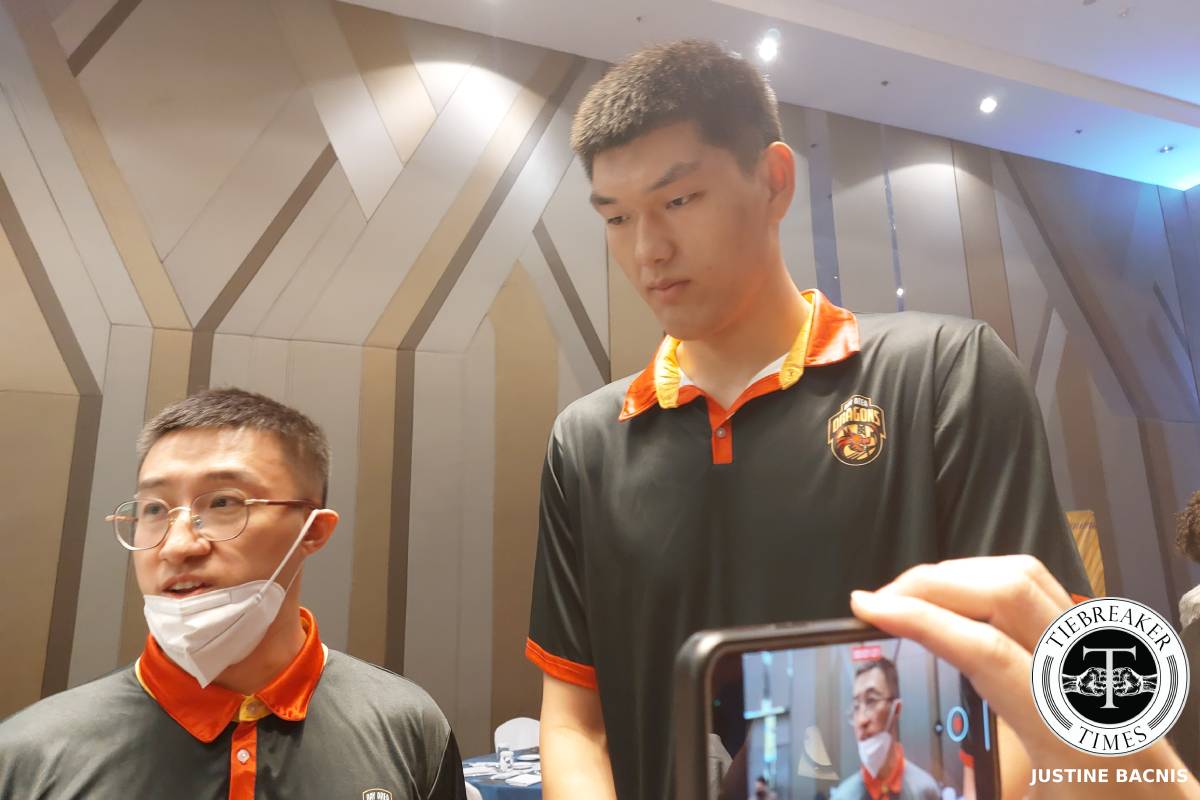 Liu Chuanxing doesn’t hide his desire of getting closer to the level of Yao Ming as he continues his journey with newly-founded ball club Bay Area.

The 23-year-old slotman has long been touted as the successor of the global basketball icon, something that’s inevitable given his 7-foot-5 frame.

“When I was growing up, I really looked up to Yao Ming,” he told reporters through a translator moments after the League 75 press conference at the Novotel Manila Araneta City, Wednesday.

“He’s a model that I always try to be. In basketball, in life, I try to learn from him. I try to get closer to his level,” continued the former CBA standout, who’s coming off a stint with the Brisbane Bullets in Australia’s NBL.

‘Big Liu’ graced the event that formally launched the exhibition series made in celebration of the 75th anniversary of the Philippines-France ties, where the Dragons and PBA teams Blackwater and NLEX will play LDLC Asvel.

And some of those inside the hall can’t help but gawk over his presence, making Bossing team owner Dioceldo Sy all the more excited in seeing him play in the upcoming friendlies and, of course, in the 2022 Commissioner’s Cup.

“Big Liu might be the next Yao Ming,” said the billionaire businessman, who helped put up League 75 in cooperation with the French Embassy. “We have a chance to play against big guys which we have never experienced.”

Expectations have been high on Liu ever since gaining attention with the Chinese men’s national team not that long ago. And for Bay Area team manager Liu Quansheng, it’s all on the young pro on how he will live up to it.

“Big Liu is an outstanding athlete. He has to function well in the team because basketball is a team sport. He has to play his role. In terms of if he can become the next Yao Ming, we will keep our eyes on him. It’s up to him,” he said.

For now, though, Liu keeps himself grounded and locked in. What he’s been looking forward to the most is the kind of competition that the Dragons will be facing soon, from the PBA to the East Asia Super League (EASL).

“Philippine basketball has very strong characters,” said Liu, who was part of the China squad that played in Clark for the FIBA Asia Cup Qualifiers last year.

“You have your advantage, we have our advantage. What we are trying to do is to take advantage of our size and the things we’re good at,” he added. “On behalf of the team, we’re really looking forward to playing here.”