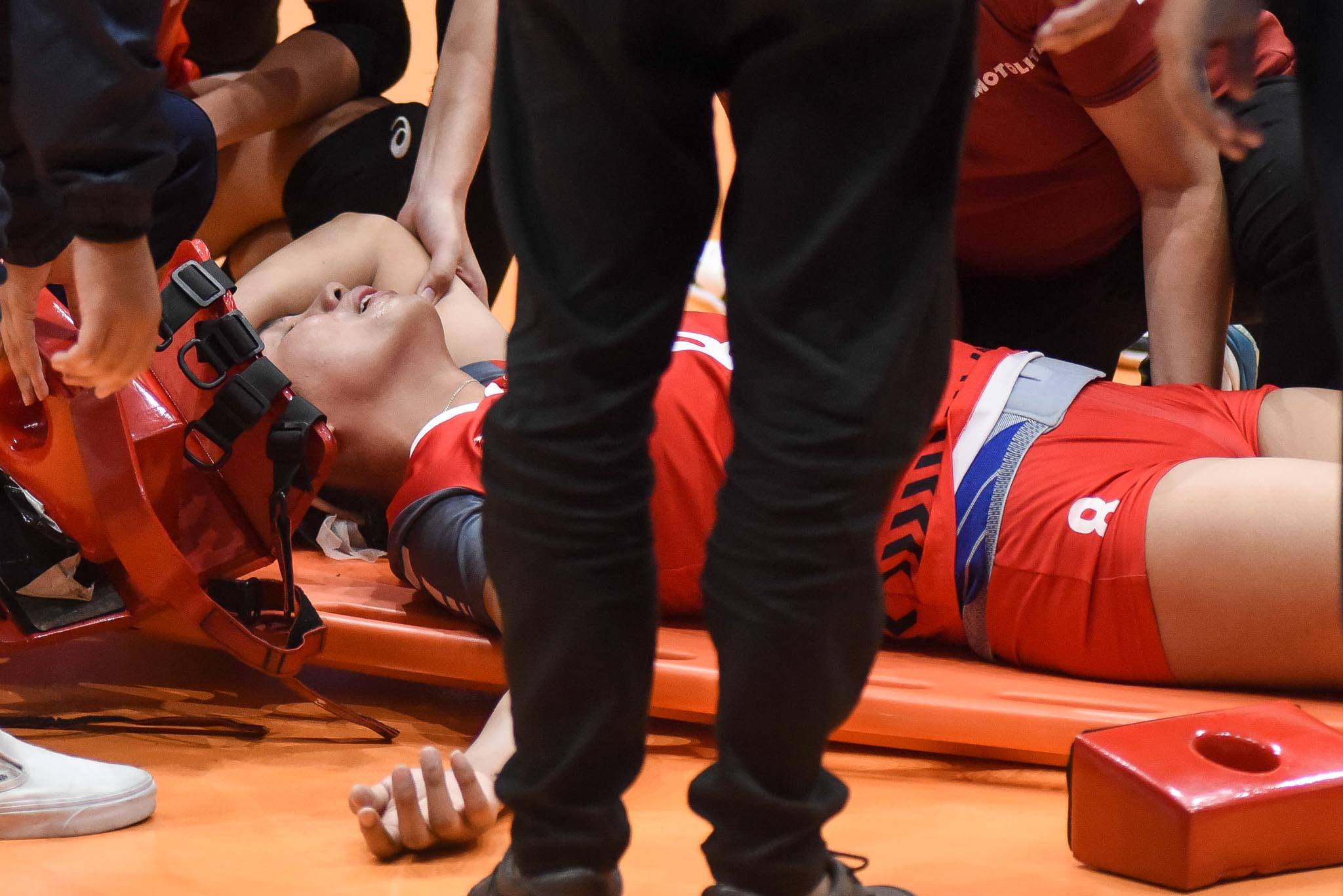 Myla Pablo injured her right foot midway through the match between Motolite and Petro Gazz on Sunday evening.

With Motolite leading 10-9 in the second set, Pablo went for an attack approach from the left-wing. But right before she took off, it appeared that her right ankle buckled and she fell to the ground.

As Pablo writhed in pain, the demics rushed towards her. She then had to be stretchered off the court and received first aid. She later returned to the dugout.

According to Motolite physical therapist Hannah Untalan, Pablo will be unable to return to the match as she incurred a sprained metatarsal.

Pablo will undergo an MRI right after the game.

Thirdy Ravena takes Malonzo dunk in stride: ‘You get blocked, you get dunked on’