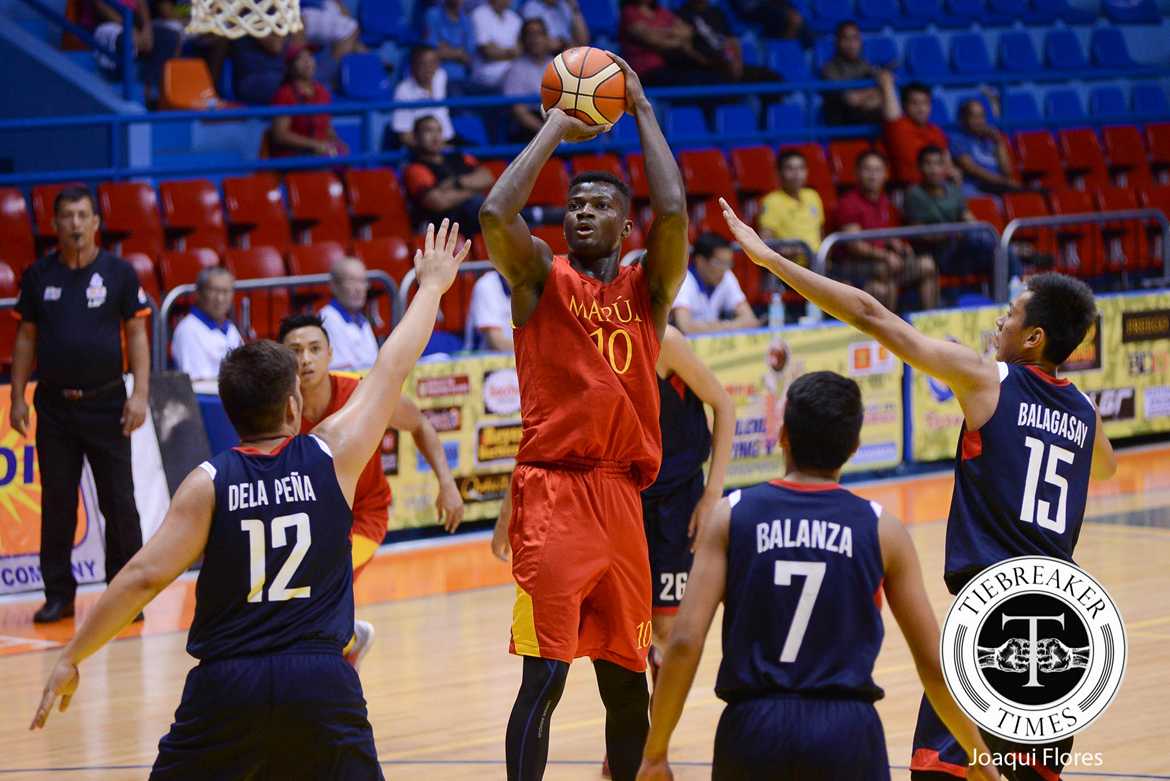 The blueprint of Mapua’s system is surrounding Oraeme, averaged a mostrous 16.33 points, 20.28 rebounds, and 2.94 blocks in Season 91, with shooters. Darell Menina, Exe Biteng, JP Nieles, and Stephen Que more than stepped up for the team in knocking down a total of 95 triples out of the 125 threes the team drained during the season.

With Nieles out due to an ACL injury and Que not plugged into the line-up, the Mapua staff found another shooter in Almel Orquina.

Moreover, hulking guard Andrew Estrella, who may not be a knockdown shooter, returns to Mapua to give the Cardinals flexibility on the wings as he could play and defend the one to three spots. He may not be a Josan Nimes, a versatile three, but he has been consistently one of the best rebounding guards in the NCAA.

Another problem that the Cardinals hope to solve this season was the lack of size in the frontcourt. The Mapuans are hoping that rookie Renell Magboo and the returning Joseph Oriobu (did not play during the pre-season) can help ease the pressure of Oraeme, who has been plagued by a nagging ankle injury during the pre-season.

Oraeme, on the other hand, has made various strides to improve his game on the offensive end according to coach Atoy Co. “Maganda na ang perimeter shots niya tsaka maganda na rin free throws niya. Lumaki pa katawan,” he said about his prized recruit.

If all things fall in place, the Mapua Institute of Technology Cardinals can be the darkhorse that contend for a Finals spot. If not, then there’s always next season as the young core the Cardinals will still be with the Intramuros-based squad for years to come.