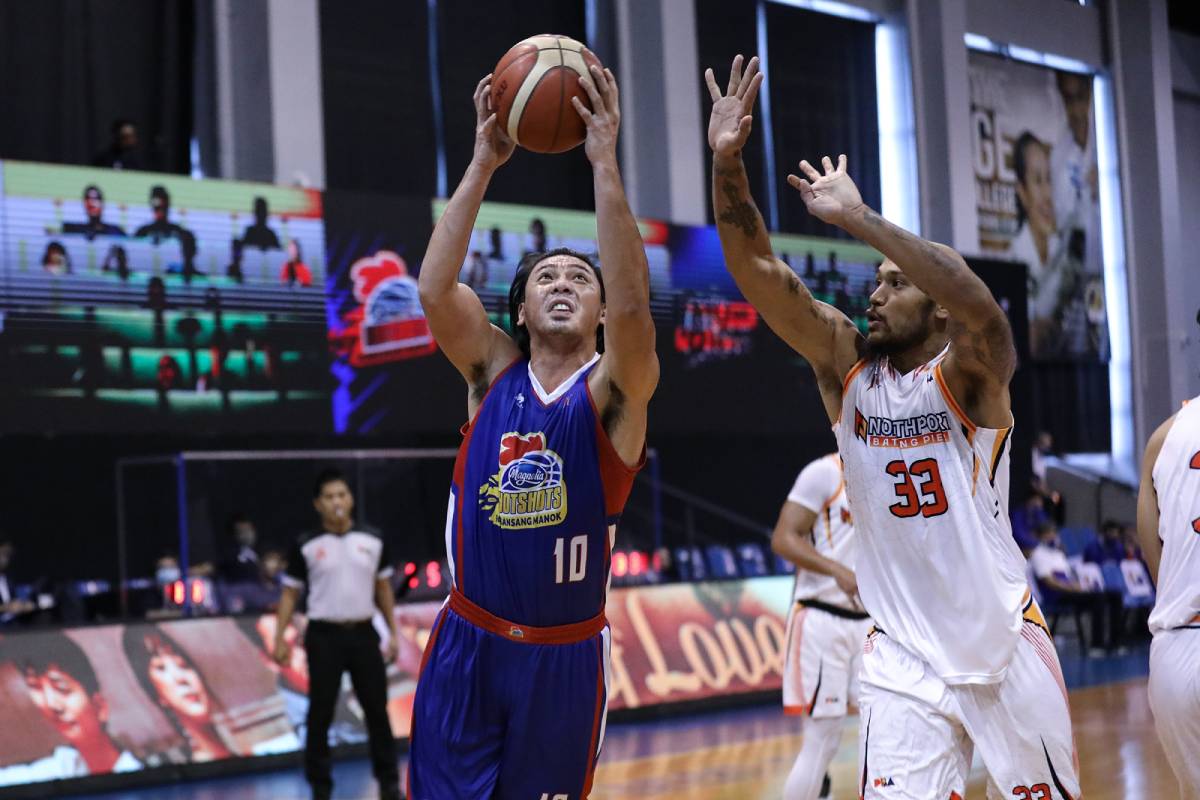 SMART CLARK GIGA CITY — Magnolia head coach Chito Victolero revealed that the team reached a point where it was about to send Ian Sangalang out of the bubble just to have his injured back treated.

The 6-foot-7 slotman actually missed one game early in the 2020 PBA Philippine Cup when the Hotshots took on the Meralco Bolts. With him sitting out, they lost that match in overtime, 104-109.

However, Sangalang didn’t want to go.

That Meralco game ended up being the only one Sangalang would miss, as he continued his duties with Magnolia. For Victolero, seeing one of their leaders go to war with them despite his situation has inspired the squad.

Come Sunday, the 28-year-old from Lubao — hurt back and all — came up with his best scoring outing yet this conference. He saved the Hotshots from the hands of an upset-hungry NorthPort.

The Batang Pier melted a 20-point deficit early in the fourth quarter to just four with less than three minutes left to play. Sangalang then scored on a lay-up and split his freebies to score Magnolia’s last three points to get the 83-76 win.

The seven-year pro out of San Sebastian finished with 23 points on 10-of-18 shooting, along with nine rebounds and a block. He led the Hotshots to their fifth consecutive victory, putting them in position for a quarterfinal trip.

Victolero could not feel more proud to have Sangalang on his team.