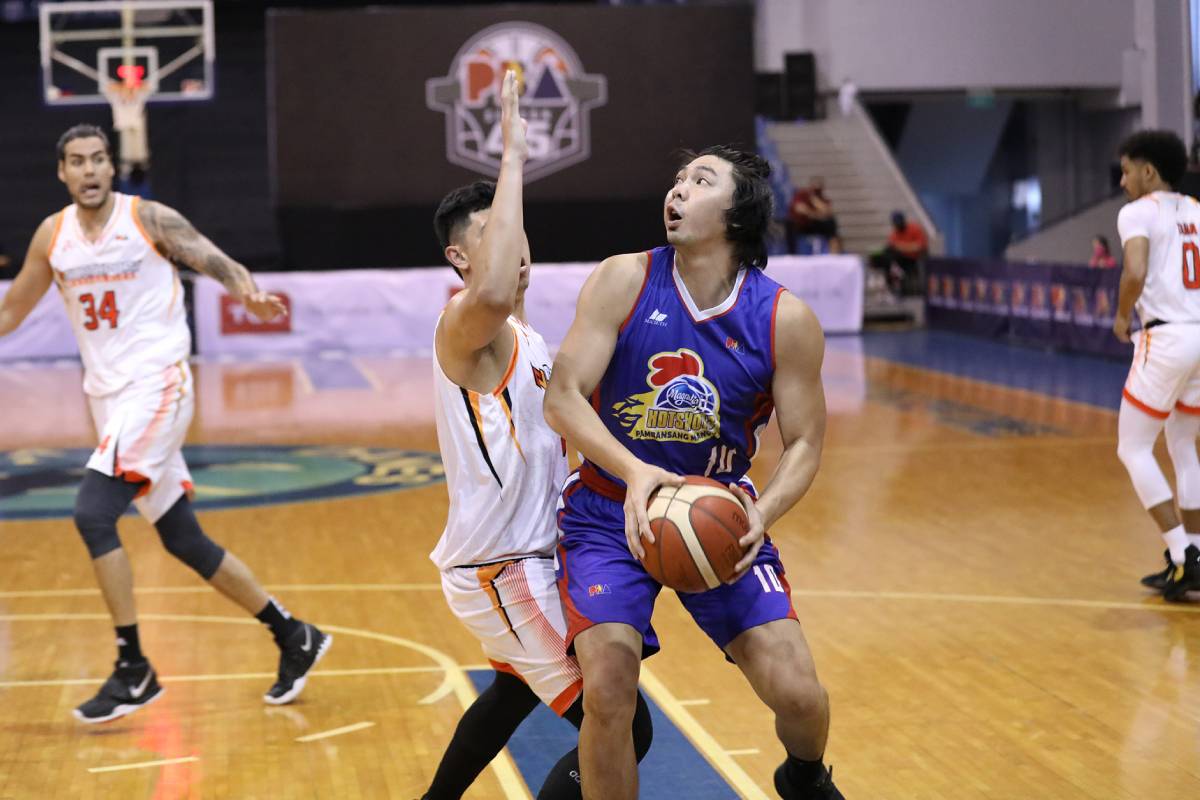 SMART CLARK GIGA CITY – Magnolia prevented another fourth quarter collapse to escape the also-ran NorthPort, 83-76, to extend its winning streak to five in the 2020 PBA Philippine Cup at the AUF Sports and Cultural Center.

The Hotshots saw their 20-point lead early in the final frame become just four with less than three minutes left to play but Ian Sangalang, coupled with a few misses by their foes, enabled them to collect their sixth win of the conference.

After Kevin Ferrer’s triple closed the Batang Pier within 76-80 with 2:57 on the clock, the 6-foot-7 slotman replied with a bucket from the post before splitting his free throws to score his squad’s final three points to close the game.

Sangalang finished with a game-high 23 points and nine rebounds, making head coach Chito Victolero proud as the 29-year-old Kapampangan has been playing through the season with a bad back.

With the win, Magnolia has created a three-way logjam in the middle of the team standings with the Meralco Bolts and the Alaska Aces, as they all carry similar 6-4 records. It is also in the running for a top four finish.

Paul Lee, who averaged a whopping 29.0 points in their last three outings, 0nly had 14 points this time around but he was on facilitator mode as he dished out eight assists. He also had six rebounds.

Jackson Corpuz, Rome Dela Rosa, and rookie Aris Dionisio all chipped in 10 markers each as a total of five Hotshots finished in double figures, far from their outing versus Rain or Shine barely 24 hours ago.

NorthPort, meanwhile, was led by Christian Standhardinger with 18 points and 17 rebounds. Together with Ferrer and rookie Sean Manganti, they put up the fight for their side although it wasn’t enough as they dropped to 1-8.

Magnolia will look to finish their elimination round campaign with another victory versus Blackwater on Wednesday, Nov. 11 while NorthPort will aim to end its struggles versus San Miguel on Tuesday, Nov. 10.