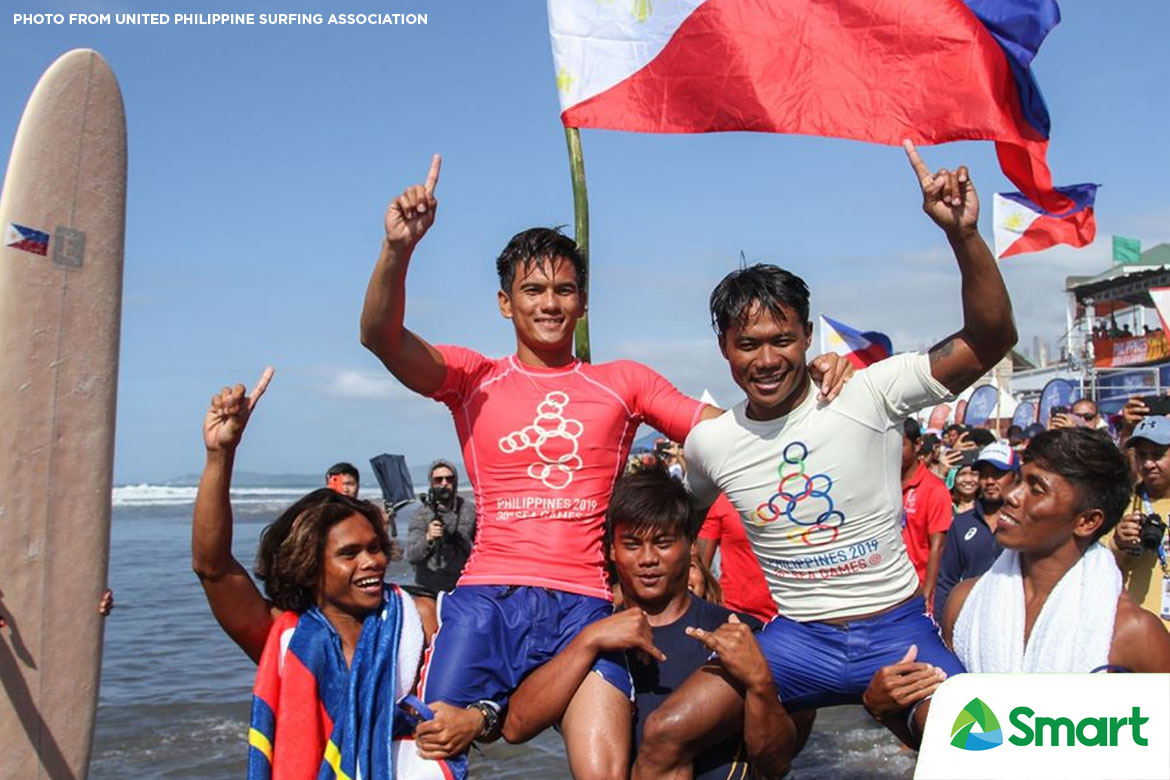 LA UNION — Roger Casugay had a fitting end to his memorable campaign in the 30th Southeast Asian Games by winning gold, Sunday at San Juan.

The hometown hero recovered from a mishap early in his all-Filipino finals in the longboard event against Jay-R Esquivel.

Needing to ride a new board after breaking his first, the 25-year-old was able to chase Esquivel before eventually taking gold.

Also winning gold was Nilbie Blancada in the women’s shortboard.

Earlier in the day, Casugay’s rematch with the player he rescued last Friday Arip Nurhidayat took place. Casugay soundly defeated the Indonesian, then the two enjoyed another hug afterward.

Last Friday, Nurhidayat was caught by a huge wave in the sea during competition. Though ahead, Casugay decided to turn back and rescue him.