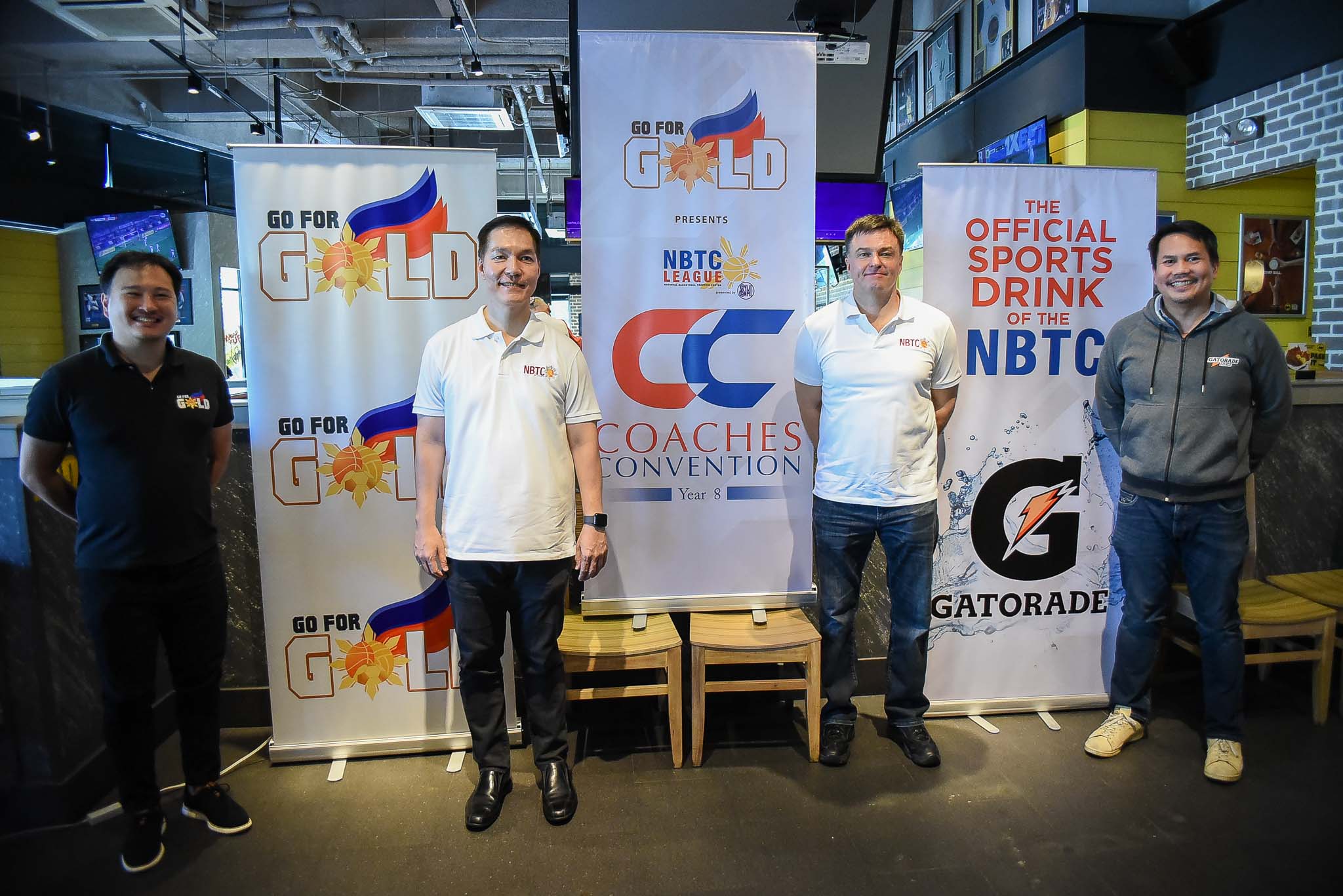 For the first time in eight years, the National Basketball Training Center will hold its Coaches Convention in the midst of the National High School Basketball Finals. The two-day clinic will be held from March 22 to March 24 at the SM Mall of Asia Arena.

And the reason behind why NBTC founders Eric Altamirano and Alex Compton decided to move the convention from August to March is because of the provincial coaches wanting to witness the spectacle of the biggest juniors basketball tournament in the country.

“There were a lot of request from our provincial coaches asking if they could watch the national finals. Hopefully, they can get the vision that one day, they could make it here,” said Altamirano.

With that goal, the theme of this year’s convention is about helping build the future through coaching and mentoring. That is why the NBTC tapped coaches and specialists that will help teach how to make holistic players.

“The theme of this year’s convention is building the future. We really want to focus on the fundamentals,” added Compton.

Headlining the mentors is Tab Baldwin, who will talk about the importance of having peace in the midst of pressure.

On the other hand, former Australia Boomers head coach Rob Beveridge will talk about the fundamentals of playing basketball.

To make all of this possible, Altamirano and Compton looked for a partner that will glue things together. And it was Go for Gold who stepped up to the plate.

“We are happy to partner with the NBTC to bring proper basketball knowledge throughout the country,” said Go for Gold godfather Jeremy Go. “We in Go for Gold believe in grassroots development for athletes.

“We need to start them young so they can learn about responsibility at an early age. And the coaches are the key to their development,” he continued.

“Every time I see new sponsors and new people come in, I remember the time when coach Eric and I were talking in his living room. It’s so rewarding for me to see how this has grown. It’s so encouraging because grassroots development matters, building the future matters,” beamed Compton.