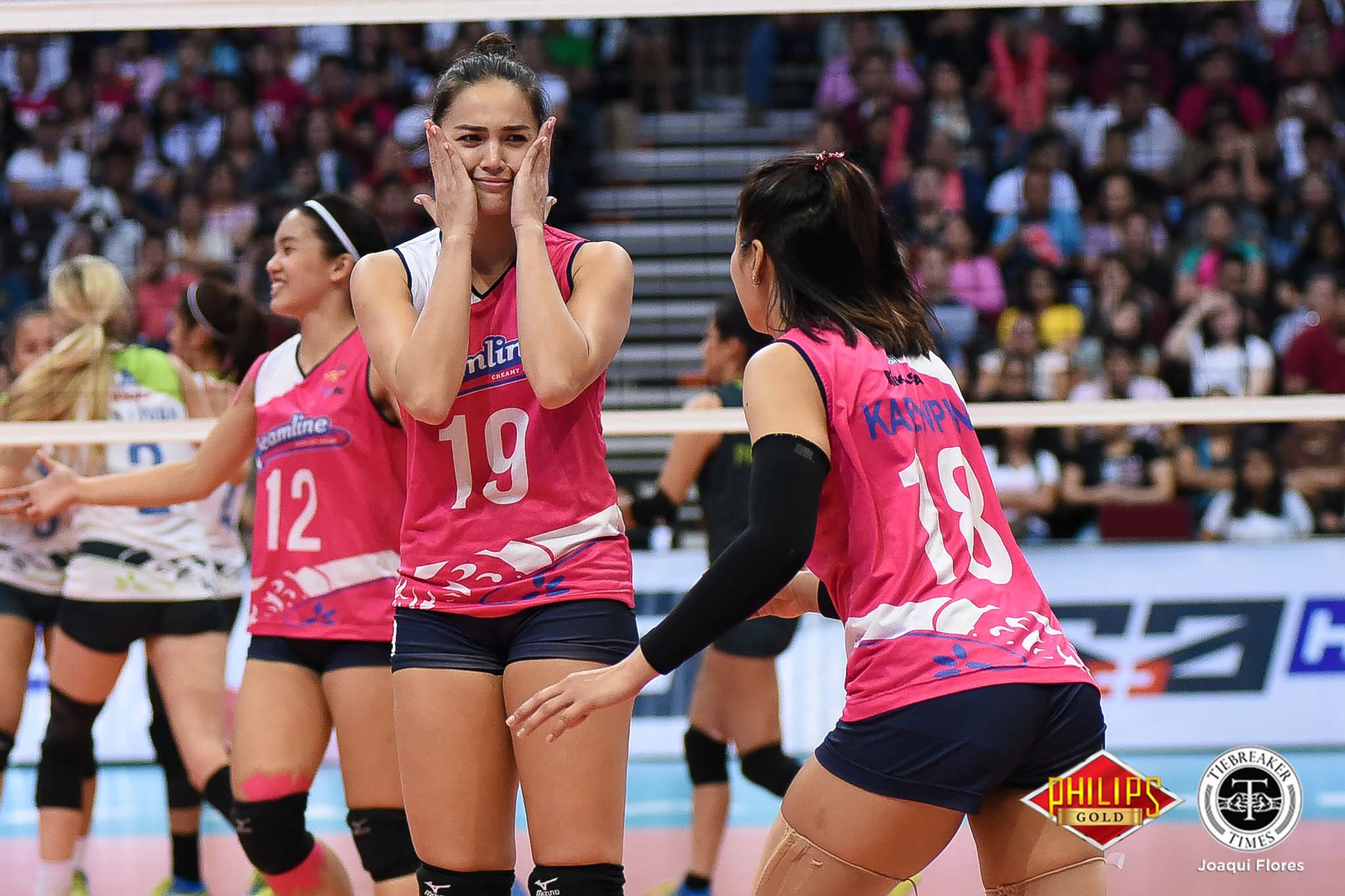 Michele Gumabao is a woman who wears many hats.

Being a force on the court, an endearing presence in the endorsement scene and a proficient voice inside the commentary box, Gumabao is not one to shy away from expanding her horizon. Something she continues to do for the love of volleyball.

So when an opportunity to represent the sport in the world of pageantry came knocking, the 27-year-old traded her sneakers for stilettos.

“I feel like it’s my duty to give back to the sport that made me who I am and also to share to more people what volleyball is,” Gumabao said in a podcast of Favor Church on Tuesday.

“That is really what God used to bless my life, and I know that volleyball was just His tool to set me in position.”

It was a decision that bore fruit almost immediately.

In her first-ever pageant, the Binibining Pilipinas 2018, Gumabao emerged as the country’s representative for the Miss Globe held in Albania during that same year, where she would finish as a Top 15 finalist.

It was a promising start to a new career. But suddenly, everything came to a standstill. 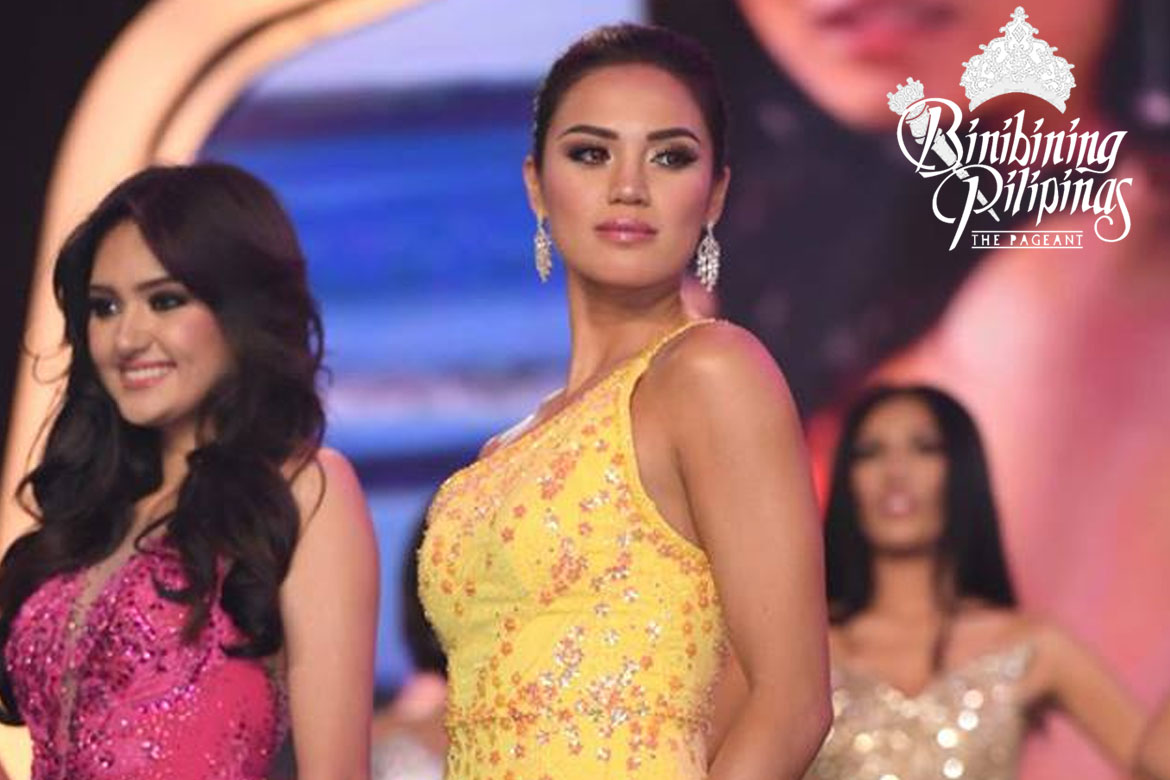 “As of 2019, I told myself that I wouldn’t join any other pageant again because I can’t join Binibining Pilipinas again even when I wanted to vie for the title of Miss Universe because I won already in Miss Globe,” the proud product of DLSU bared. “So last year, a lot of people were asking me to join other beauty pageants, I was very hesitant.”

Needing a sign to push through her derailed stint, Gumabao clung to hope. The one she was waiting for came at the tail end of 2019, when the Miss Universe franchise was transferred from the Binibining Pilipinas Charities Inc. to the Miss Universe Philippines Organization.

“When they announced then, that’s the confirmation I needed to be able to try one more time.”

Eyeing the coveted tiara of Miss Universe Philippines and a berth in one of the world’s brightest stages, Gumabao’s goal has undeniably gotten larger.

She, of course, is aware that the responsibility that comes along achieving it will grow as well. That’s why her advocacy has broken out of the boundary of sports, spilling over the younger generations’ cause.

“I know that there are so much more things that I have yet to do, I have yet to share about not only my advocacy which is sports but just to be able to make an impact especially to the youth,” she expressed.

“So that’s really what I’m trying to advocate for now.”

But as it stands, Gumabao has to put a premium on health more than anything else amid the continued spread of the coronavirus.

In accordance to that, the pandemic has crippled numerous industries, and the stage of pageantry is no exception. Still, the Miss Universe Philippines is set to push through despite its suspension.

“As of now, everything is suspended up until further notice, until we can get back on track,” Gumabao confided.

“The coronation night was originally on May 3. Now that they announced it’s in June second week.”

The juggling act also continues for the 5-foot-10 stalwart of Creamline. And this comes with certain realizations. 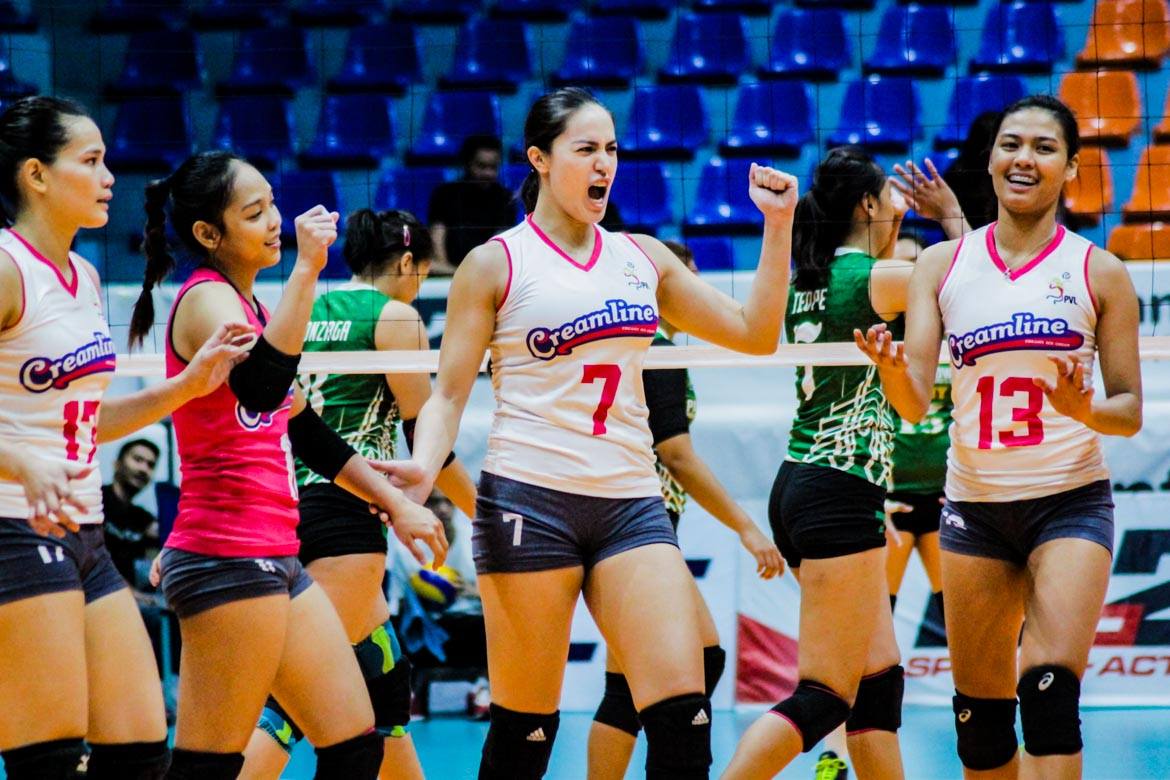 “I’m still a volleyball player, I still have my duty to my teammates and to our management that I have to play. I have to do it in a way that I can turn my physique into a beauty queen and still be able to play,” the Cool Smasher opined. “It’s kind of hard because naturally, I’m built as an athlete — and it’s way different when you’re up on stage against women are really naturally slender.

“This is one of the areas where a lot of people are criticizing and giving their comments about me, but it’s something that I’m used to,” she added.

“No matter how much criticism, it just really doesn’t rub me off in a negative way anymore.”

Make no mistake, Gumabao isn’t leaving any of her careers behind. Being a beauty queen has only added to a mounting list of hats that she willingly wears for the sake of giving back to the sport she loves.

“I’ve met a lot of our beauty queens in showbusiness, I’ve met almost all of them, and I’ve seen how much impact they have in society, how much people look up to them and how their voice is always heard,” she shared.

“People just have so much respect for beauty queens. So that’s what I realized — that my passion for volleyball, or how volleyball changed my life, I can bring it to an even bigger stage that people never imagined could be possible to bridge the gap between sports and beauty pageants.”

Why Team Lakay’s Mark Sangiao should join The Apprentice: ONE Championship