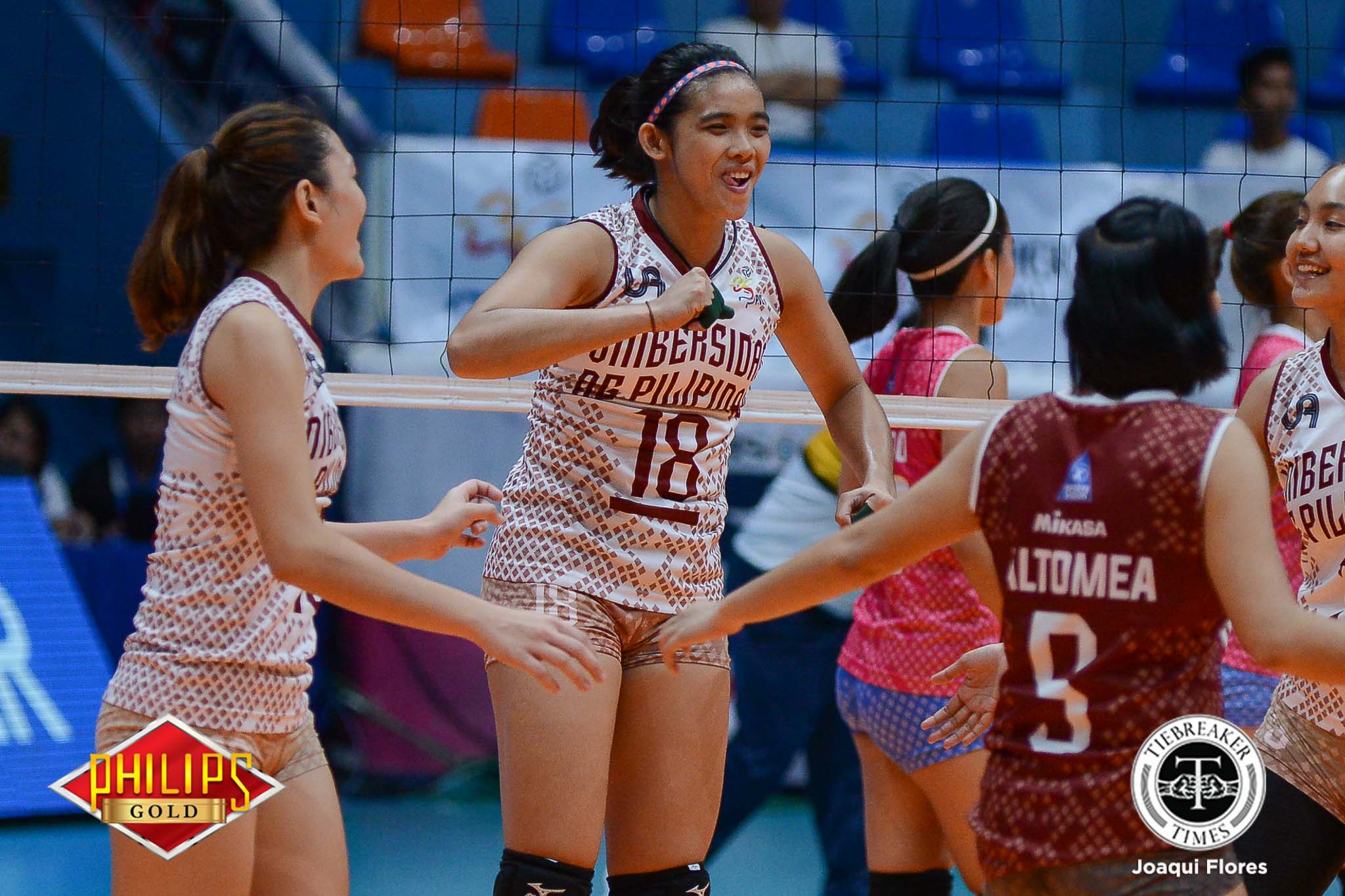 The UAAP Season 80 Women’s Volleyball Tournament was not successful for the University of the Philippines Lady Maroons, but it did feature a superstar-leap from Tots Carlos.

The then-third-year winger carried much of the Lady Maroons’ offense and stood out as one of collegiate volleyball’s best scorers.

Over the past few months, Carlos, however, has been sidelined with injuries that caused her to miss UP’s stint in the 2018 Chooks to Go-Philippine Superliga Invitational Cup.

In the on-going PVL Collegiate Conference, Carlos is again out of the lineup to rehab her shin.

Without their leader, the Lady Maroons have had room to experiment and shuffle through their deep batch of recruits.

Still, if they’d had the Pampanga-native on their side, the Lady Maroons might have come away with more wins in their recent matches.

Earlier today, UP dropped a tight four-set decision to UAAP rivals Adamson University Lady Falcons. Had Carlos been in her usual position, the Lady Maroons might have not struggled in the crucial situations.

But UP remain optimistic. Soon, all their ifs without Carlos will be answered when the high-scoring spiker returns. They just have to be ready.

“But, we cannot bank and put all our hopes on Carlos. We have to let her recover and, when she recovers, she has to do some work,” the Kenyan mentor pointed out.

“She has to train hard and fit with the team now that we have a new crop of players that she has never had a chance to play with. It’s work on our side as coaches,” he added.

“I believe, with time, the young players will do this team proud.”