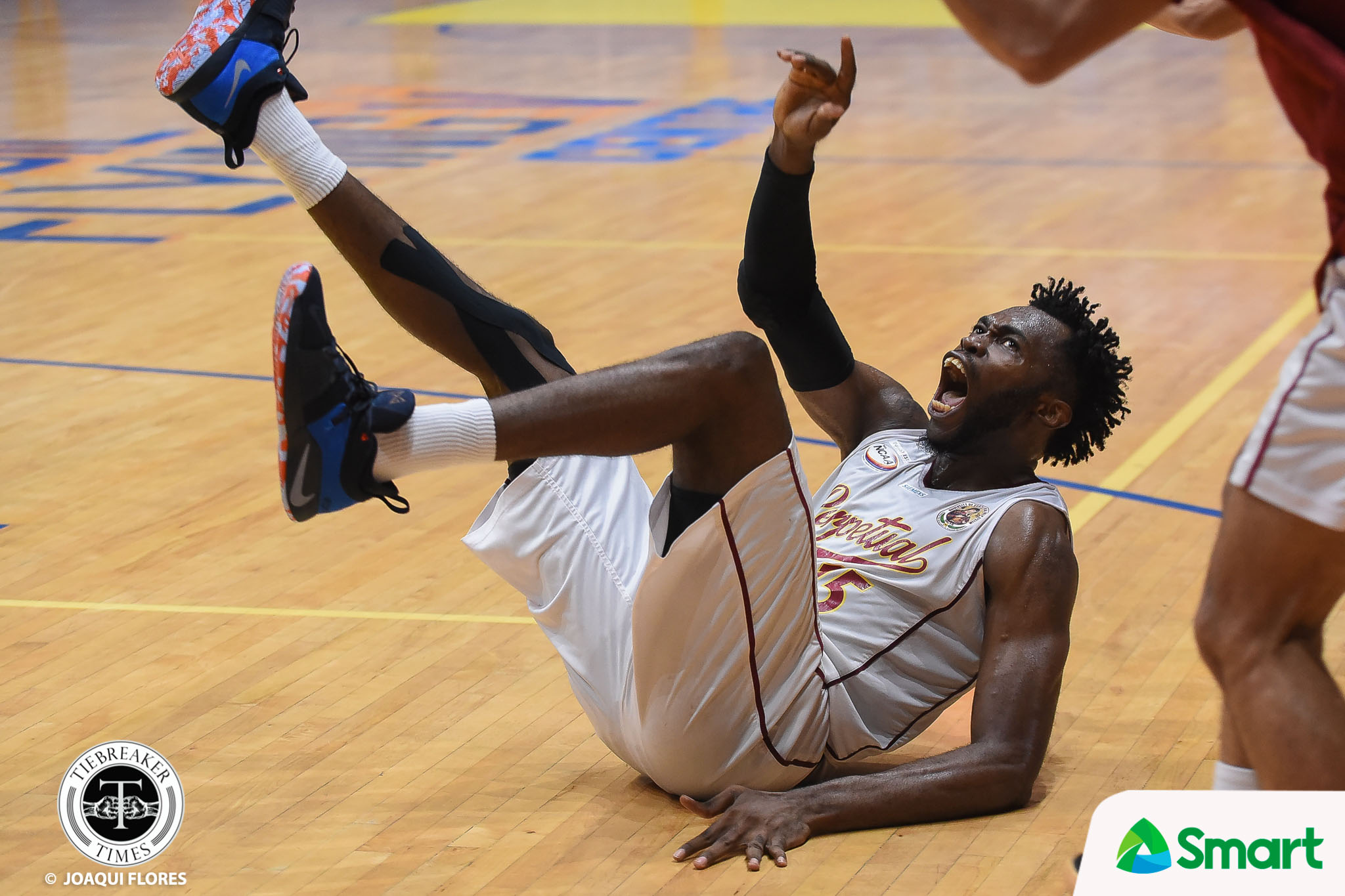 The University of Perpetual Help Sytem DALTA Altas did the unthinkable last Friday, as they triumphed over the erstwhile unbeaten Lyceum Pirates in dramatic fashion.

With time winding down and needing a basket, Prince Eze muscled his way into the paint and knocked down the buzzer-beating putback that secured for the Altas’ a 83-81 come-from-behind victory. It was not only the first loss of the Pirates this season, but also their first taste of defeat in the elimination round in two years.

By slaying the NCAA’s giant, Eze was hailed as the undisputed Chooks-to-Go/NCAA Press Corps Player of the Week.

This, after the Nigerian reinforcement churned out a monster performance of 25 points, 23 rebounds, and two blocks, on top of his game-winner.

For Lim and the Altas, the win also boiled down to defense. They limited the high-octane offense of the Pirates to just 13 points in the fourth quarter and clawed their way back into the game.

“They really delivered and sabi ko nga sa pre-game ko, ‘I want to see you guys on attack mode,’ And that’s what exactly happened,” Lim said.

“I saw something in our last game, the defense we played, I saw a lot of things,” echoed Eze about the Altas’ gutsy performance. “We have a lot of rookies in our team so we just have to follow the coaches which tell us what to do. We just keep on fighting.”

Thanks to their defense – and most especially, Eze’s buzzer-beater – the Altas got their seventh win of the season and remain in the hunt for a seat in the coveted Final Four.

Mikh McKinney looking to exorcise ghost of the past in Macau