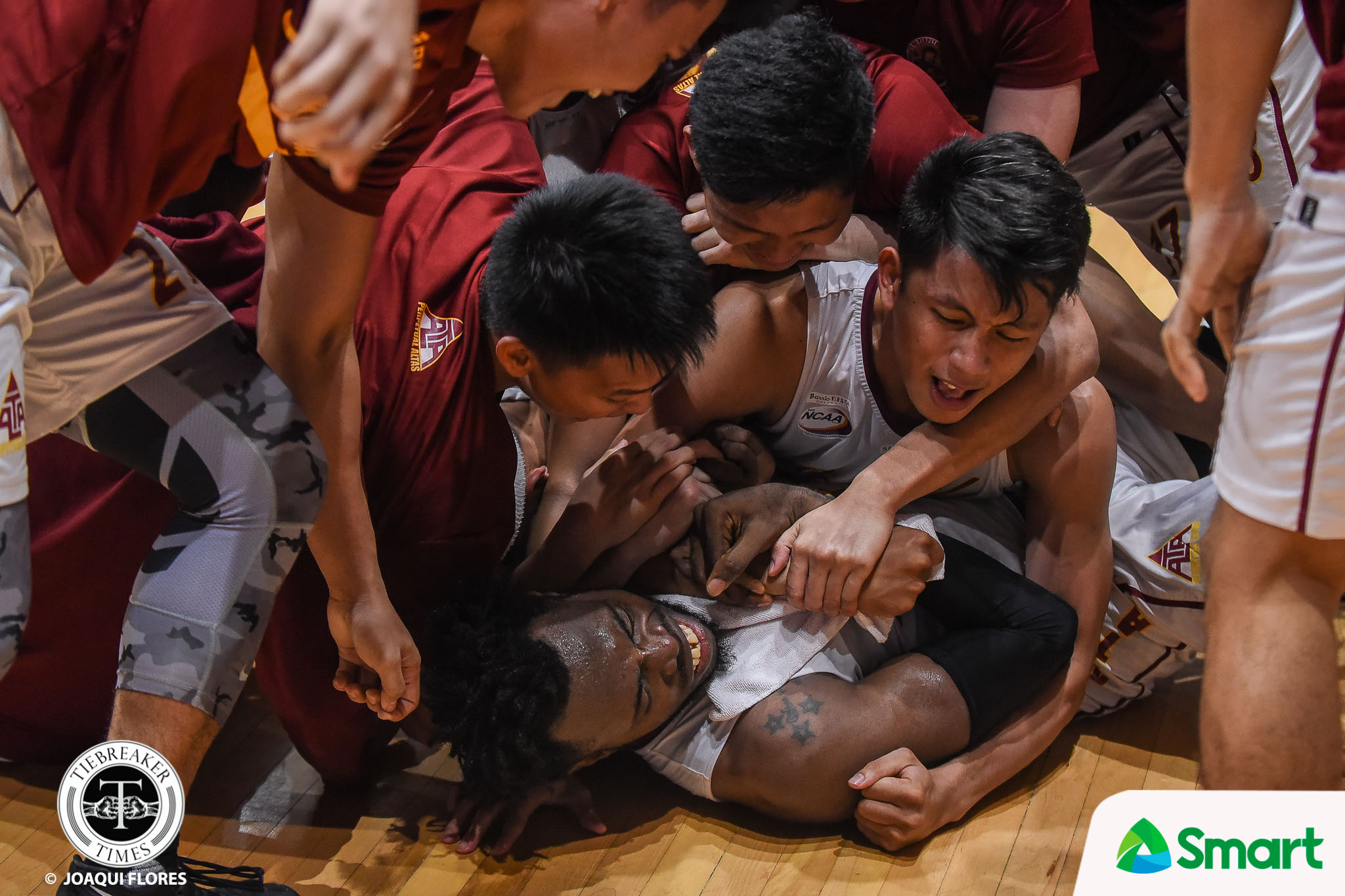 All it took was one shot.

In one of the most pressure-packed moments in his young career, Prince Eze stayed composed, knocking down a buzzer-beating putback as the University of Perpetual Help System DALTA Altas ended the Lyceum of the Philippines University Pirates’ elimination round streak, 83-81, Friday afternoon.

This is the first time the Pirates have lost in the elimination round since September 23, 2016. And Frankie Lim knew that after their 77-91 loss to the Pirates last August 3 that they had a shot to crack Lyceum’s puzzle.

“I told my guys that I did not see anything wrong during the first time we faced them. The only flaw was our defense. That is why we lost that game,” Lim shared.

And attack they did. Behind the hustle plays of Kim Jimenez and AJ Coronel, the daredevil drives of Edgar Charcos, and the determination of Eze, the Altas were able to knot the game at 81-all with 1:05 left.

With both teams jockeying for position late, both teams were able to get stops. The final possession ended up with the Altas.

Charcos was able to find Tonton Peralta in the corner, but his triple badly missed. Fortunately for the Altas, Eze was there to clean up his teammates mess, knocking down a putback as time expired.

Charcos had 20 points and six assists, while Coronel and Kim Aurin chipped in 11 and 10 points respectively.

“You know, to hold LPU, a very very strong team, down to just 13 points in the final quarter is something else. I have to give it to my guys. They really delivered,” added Lim.

Besides ending Lyceum’s winning streak, Perpetual are now within striking distance of the CSB Blazers, as they now own a 7-5 compared to 8-5 for Benilde.

CJ Perez almost had a triple-double with 11 points, 12 rebounds, and nine assists.