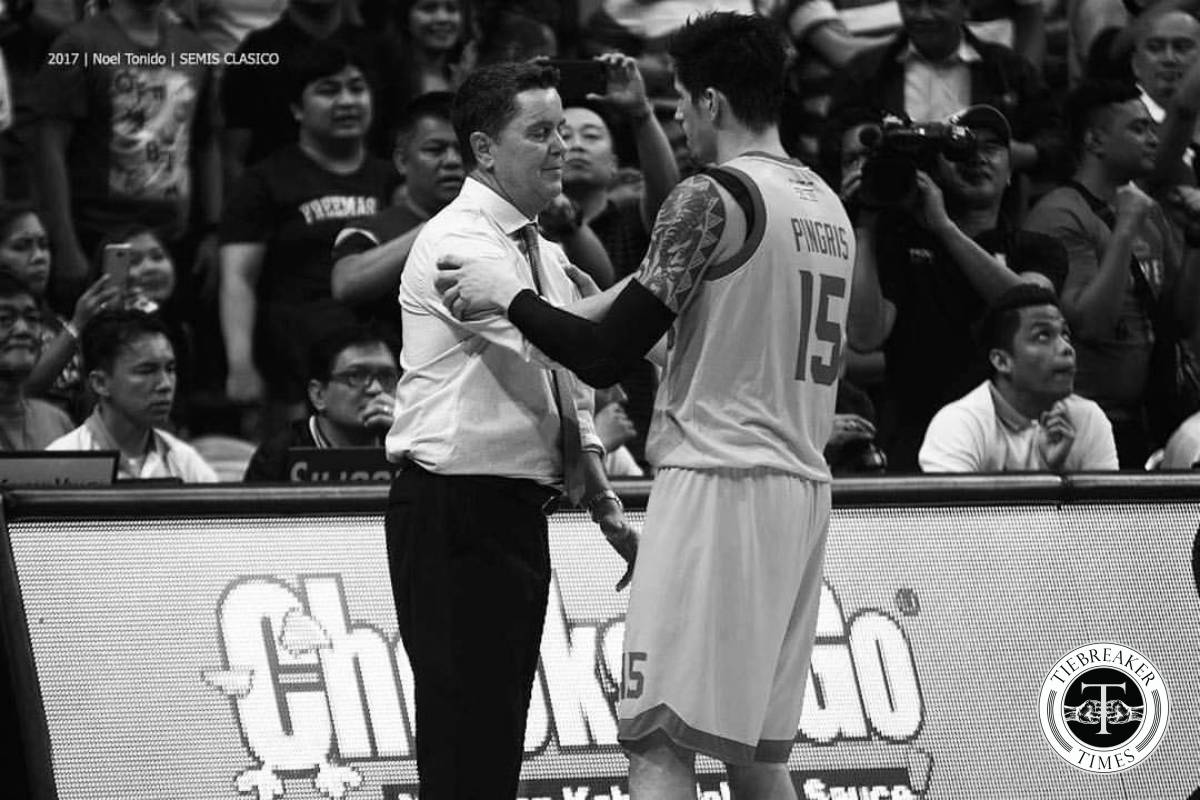 For Cone, it was an end of the “Big Three era” for the storied franchise. PJ Simon also retired a year ago, while James Yap was traded to Rain or Shine five years ago.

“End of an era. Certainly one of a kind,” tweeted Cone.

Cone was among the people whom Pingris thanked for in his lengthy, heartfelt message on Instagram.

“Coach Tim, it’s because of you that I grew to understand the sport as more than a game,” the two-time PBA Finals MVP wrote.

“Thank you for giving me the opportunity to become part of history with our 2014 grand slam. I am proud to have played the game we both love with you.”

Pingris and Cone won a total of five PBA championships together. Surely, though, the sweetest of it all was the rare Grand Slam feat in 2014.

It was also under the decorated mentor that the 6-foot-4 workhorse won the second of his two Finals MVP awards, in the 2013 Governors’ Cup.

Their working relationship, unfortunately, ended when Cone was brought to Ginebra in 2015. Still, Pingris never forgot everything that they shared.

Despite being on opposite ends, Pingris had always remained in constant communication with Cone. And for that, the decorated mentor remains grateful.

“I loved, in every way, coaching Ping,” the 63-year-old bench tactician continued.

“Tough as nails on the court, gentle in spirit off of it.”

Cone hopes that he could have that same relationship he had with Pingris with his current and future players.

“Marc Pingris will be the standard from which I coach future players. My fave.”